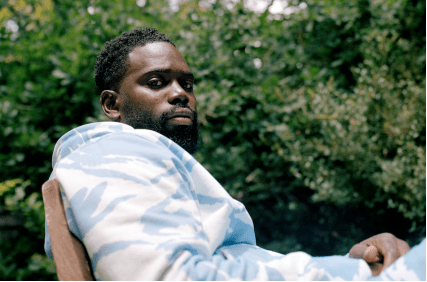 Ghetts is a name synonymous with UK Hip-Hop culture. A veteran at only 36 years of age, the East London emcee has an extensive catalogue of 6 mixtapes, 2 EPs and 2 albums under his belt; however any attempt to measure his impact by numbers is futile. Put simply, Grime & Drill would not be the global phenomenons they are today without the relentless work put in by Justin Clarke. From quotable sends to grime battles, and a span of online beefs – he represents the very essence of a raw, underground culture which has evolved and matured alongside him.

Though his legendary status is undeniable, the acclaimed wordsmith and proud father believes he is only just entering his prime. While grateful for the emerging moments in which he will always be remembered, his focus is strongly on the here and now. Having recently signed a major label partnership with Warner Music, his new album ‘Conflict of Interest’ is a testament to this belief;

Having battled the ups and downs notoriously associated with the life of a rapper, and with a name derived from the word ‘Ghetto’, a reference to his Plaistow origins, Ghetts carries with him an air of assurance, the product of a man who has devoted extensive time to self-awareness and personal development.

“There’s power in being naive sometimes. Because it makes you think anything’s possible…. you can’t let people project their fears on you…”

This dedication to authenticity has always been a hallmark of the Ghetts MO. Bold, unapologetic and outspoken, whether be it hip-hop or politics, he’s never been afraid to speak his mind and shine a light on all aspects of life, no matter the potential repercussions. It’s a value set explored extensively on the new album, from the opener in ‘Fine Wine‘ through to ‘Autobiography’ and ‘IC3’, there’s no doubt you’re getting the authentic Ghetts story in every single bar he spits. Something that is every bit intentional.

“Everyone says they’re real. But you got rappers sounding like superheroes. Nothing bad happens.
How can I buy into your story when we know that’s not what life’s like?”

While the project leans heavily into vulnerability and introspection, it’s anything but a low-key listen. Singles ‘Skengman’ featuring Stormzy and ‘No Mercy’ with Pa Salieu and Backroad Gee provide the booming anthems destined for rewinds in the clubs, a staple on which Ghetts has built his career. The extensive list of UK rap features includes Skepta, Giggs, Dave and Wretch 32, cementing his status as not only an OG to which the younger guard look up, but as an active emcee who motivates and challenges his peers.

“It’s important for me to control my own narrative. Because most of the time when I’m speaking to a journalist, these people have the most commentary on the culture but they don’t know shit!”

From the storytelling scope, to the artistic direction, to the diverse production, it’s clear that Ghetts is intent on breaking any pre-conceptions anyone might have about him. A far cry from a grungy upstart rapper making his debut in 2005, modern day UK Hip-Hop is a global force and the sky is limitless, something he is intent on passing on to other aspiring emcees looking to follow in his footsteps. He is author of his own destiny.

Ghetts firmly believes ‘Conflict of Interest’ is his best work yet, and with the album’s sounds ranging from Grime, to Drill to UK Garage, his pen sharper than ever, and a host of collaborations including Ed Sheeran – it’s hard to argue it won’t be received as such. Blessed with a fresh team who believe in him all the way, we’re likely witnessed an OG with a legendary legacy, who is only just about to make his biggest moves yet.

“I don’t fuck with people that don’t wanna be great.
If you wanna represent me in any way, you better give me 150%!”

Watch the full interview between Matthew Craig and Ghetts below via our Youtube channel where he talks on Conflict of Interest, the evolution of his artistry, and the importance of hip-hop culture. Also catch Ghetts in a quick round of AUD’$ Rapid Fire Questions talking about his children’s favourite TV show, sports idols and whether or not pineapple belongs on pizza. Be sure to like, subscribe, and leave your thoughts in the comments!