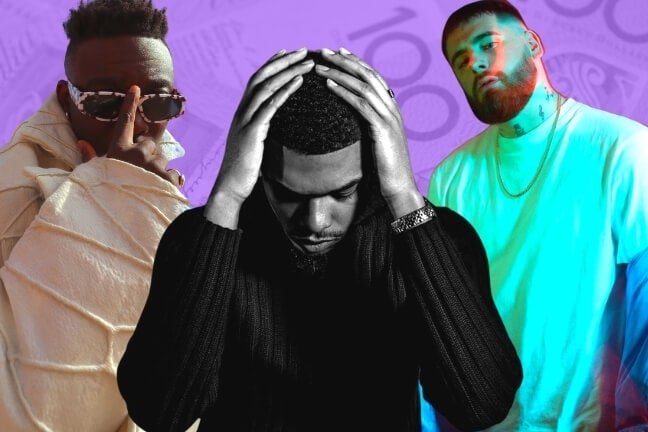 The latest tracks from emerging artists across the planet, FOREIGN EXCHANGE is your spot to find some new talent on the reg. Stay locked via our socials, YouTube and Spotify, and if you’re outside the AU and keen on an AUD’$ feature, be sure to drop in your latest release via Submithub.

South African rapper and producer M.A.T.T, drops his dreamy new single, ‘WHY’. The track reflects on the passing of M.A.T.T’s brother in 2011 and details the impact his death has had on the Cape Town artist after almost a decade. With peaceful production, ‘WHY’ is a somber and melodic tribute to the loss of a loved one.

Sol. Luna, comes through with his optimistic new track, ‘Blessed’. Inspired by the birth of his daughter, the rising Portland talent counts his blessings in this pop/trap cut. With hopeful piano keys, upbeat drums, and the smooth vocal work of Sol. Luna, ‘Blessed’ appears to be his breakout track.

Anyone following the cover community on YouTube should be familiar with Kid Travis and his latest cut titled ‘Still Want You’, a silky R&B number with alluring undertones of neo-soul. Kid Travis continues to build a strong audience with his covers but is quickly attracting more eyes and ears with his original work.

Repping German hip-hop this week is 2Scratch’s brand new single ‘LoveSick’. The young artist finds himself right in his feelings and his bag as he showcases his mellifluous vocals and electric late-night styled self-production. ‘LoveSick’ marks the second single off his upcoming album, ‘Scary Hours and Nice Vibez.’

Originally from Lagos, Nigeria, Kobi Jonz delivers a bubbly dance and Afro-infused track, ‘DADA’. Translated to ‘Good’ from the Yoruba language, ‘DADA’ finds Jonz practicing the ethic of doing good and receiving good. The upbeat track comes from his latest EP, ‘KOOL REBEL’, and is only more proof of Afrobeats’ international resurgence.

UK’s Skeamer reflects on the come up in his laidback and soulful new cut, ‘We Had Nothing’. Skeamer depicts a rags to riches story with detailed verses comparing his life prior to that currently. ‘We Had Nothing’ highlights the London emcee’s honest lyricism through a slow delivery and soul sampled instrumental produced by Sharke.

QUAMI.XYZ – I KNOW THE SOUND

Canadian Quami.xyz’s latest track ‘i know the sound’ is a powerful social commentary on systemic and generational racism felt across the globe. The single-versed track features a distorted and ominous chorus along with an electronic-influenced solemn instrumental. ‘i know the sound’ blends the sonics of Brent Faiyaz with the activism of Killer Mike, forming a poignant message to the masses.

UK brothers D’Shay and B’Shay link up for their new break-up single, ‘Loosely’. Though the pair dropped their ‘Vaccine Packk’ project earlier this year, D’Shay and B’Shay make a quick return with autotuned crooning, melancholy piano chords, and some heavy-hitting 808 drums. ‘Loosely’ finds the two rappers debating whether they’re trying to win back their girl; or leave it all in the past.

To celebrate the annual 4/20 day, Caribbean and British artist Kwazi drops ‘Double Dutch’, a definite addition to your sesh playlist. Although even for those who don’t partake, the Bristol rapper’s UK flow and wordplay combined with an energetically hyped chorus will be more than enough to keep you entertained.

New York artist Ashoka shares his heartfelt and bouncy new track, ‘Triggers’. The Rockland County artist jumps from catchy melodies to smooth rap verses across icy synths and the driving 808s focused production. Like a moodier A Boogie Wit Da Hoodie, Ashoka reflects on relationship drama in his latest offering and flows from introspective story-telling to profound melodies with ease.