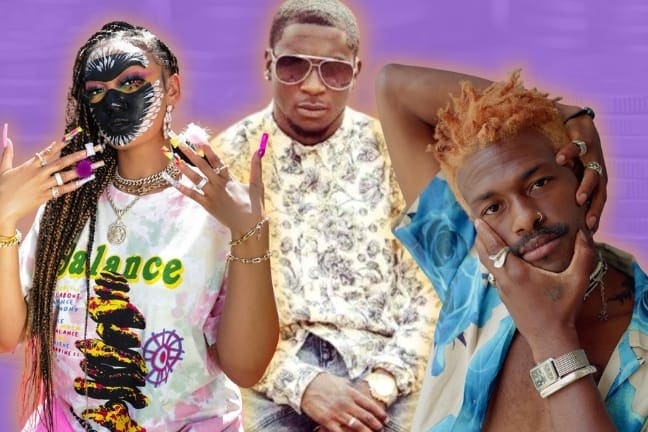 Bringing you some of our favourite new tracks emerging from across the planet. These rising stars should be on your playlists right now! Keep it locked to FOREIGN EXCHANGE; your home to find new talent on the reg. Stay updated via our socials, YouTube and Spotify, and if you’re outside the AU and keen on some AUD’$ love, be sure to send us your latest release via Submithub.

In his first track of the year, Korby’s ‘2toxic’ merges 2000s R&B love songs with the lover boy attitude of Drake. Originally entering the scene as a producer, the London artist released his first two songs ‘Out Of My Way’ and ‘4 in a Litre’ in 2020. Returning with ‘2toxic’, Korby showcases his storytelling throughout the verses while crooning in the chorus on the constant push and pull with his love interest.

Representing Haiti’s hip-hop scene, Scrilla King takes a different approach in 2021 with the release of his latest melodic cut ‘BRB’. The track follows on from the California-based artist’s high-intensity electronic collaboration alongside Wuki and Shaquille O’Neil, and his braggadocious rap track ‘I’m High’. As his first track of 2021, Scrilla croons over the guitar-lead trap production of ‘BRB’ with his blend of Young Thug inspired melodic mumbles and heartfelt verses.

DUCKWRTH – WE OUTSIDE
For Fans Of: Kwame

LA-based Duckwrth launches his new SG8* EP with the post-pandemic anthem, ‘We Outside’. As his intro track to his SuperGood successor, ‘We Outside’ is a soulful ode to “rising above the inherent anxiety associated with the era.” Aiming for electronic minimalism, he delivers laid-back R&B melodies over the siren synths and piano chords of Some Randoms production. Duckwrth will be supporting Billie Eilish during her upcoming 2022 Happier Than Ever, The World Tour.

Rising UK talent J-Onyx presents her punchy new sophomore single, ‘Chop The Bummies’. Produced by Ty Metronome, the London-based artist comes correct on the hard-hitting beat serving up empowering and bossed-up bars on sexualisation and independence. The anonymous emcee entered the scene earlier this year with a similarly energetic and impressive single in ‘Can’t F With’ where she set the standard for herself with lethal flows and cut-throat bars.

After being sampled in Kanye West and Pop Smoke’s ‘Tell The Vision’, East London’s Luke November returns with his latest R&Drill track ‘Queen Bee’. In his third offering of the year, November delivers his soft-spoken melodies over the drill production by Lois Elisa. With feminine vocals adding a smooth undertone to ‘Queen Bee’, the UK artist spends the track declaring his unmatched affection. There’s a promising career ahead of Luke November with his forthcoming EP dropping later this year.

ZANIYA – NOT SORRY
For Fans Of: Asia Mila

New Jersey R&B singer Zaniya drops her unapologetic sophomore single ‘Not Sorry’. The track finds the 22-year-old artist singing her carefree chorus over the piano keys and thumping 808s of Grammy-nominated production duo Bizkit & Butta. The No Breaks Entertainment signee dropped her soulful and slow-jam debut ‘Searching’ earlier this year but with ‘Not Sorry’ she hopes you “receive a dose of self-confidence and a new affirmation for yourself”.

PREZ HARRIS – WRONG SIDE
For Fans Of: Sowdy

Prez Harris returns with energetic new single in ‘WRONG SIDE’ featuring singer-songwriter China Shadae. After a quiet 2020, the Chicago native has made his return this year with ‘one and only’, an infectious pop-rap serenade now followed up by his latest offering. With its anthemic hook backed by China’s R&B vocals, ‘WRONG SIDE’ finds Harris celebrating his triumphs through confident flows and braggadocious bars – “I know God was feeling himself when he made me.”

Brooklyn rapper KiDD RicH drops his intimate and introspective new single, ‘Love Addict Pt. 1’.  The NY native begins the sequel to his goliath 2020 of dropping The Statement Vol. 1 & 2 along with a string of singles. Over the sombre piano trap beat, KiDD RicH reflects on the relationship woes of loyalty and trust through melodic street bars. ‘Love Addict Pt. 1’ is his most recent and biggest song to date, hinting at a new direction for the rapper as he continues to develop his street sound.

BLACK PREZ – RIDING THE WAVE
For Fans Of: Kobie Dee

LA/Berlin-based rapper Black Prez reveals ‘Riding The Wave’, the outro track to his fourth project Berla. The German artist provides a vivid portrayal of his come-up in LA and the plight of chasing the rap dream across the slow-burning boom-bap instrumental. ‘Riding The Wave’ fits as the final track to his latest project where he switches from English to German, packing the album with trap, pop and golden-era hip-hop moments throughout.

Young TeeTee makes a late and great debut in 2021 with his allusive new single ‘IYKYK’. Marking the first release since the Chicago artist’s 2 Young album in 2020, he’s returned fully charged-up rapping over the piano keys, blaring strings and snapping snares. He’s dropped at least one album since 2017 and ‘IYKYK’ comes from an upcoming project REAL IS RARE 2. One to keep an eye on.

DPART & MIC RIGHTEOUS – REALLY ABOUT THIS REMIX
For Fans Of: V1nsins

North West London-based artist Dpart enlists UK rap veteran Mic Righteous for the charged-up ‘Really About This Remix’. Like the original, ‘Really About This Remix’ is produced by Mason X Beats who creates the fiery foreground of guitar-lead drill for the two emcees as they double down on the theme of overcoming doubt and adversity. After dropping two projects last year, Dpart’s relentless work rate is celebrated with a co-sign/feature from Mic Righteous, boosting his upward trajectory in UK’s competitive scene.