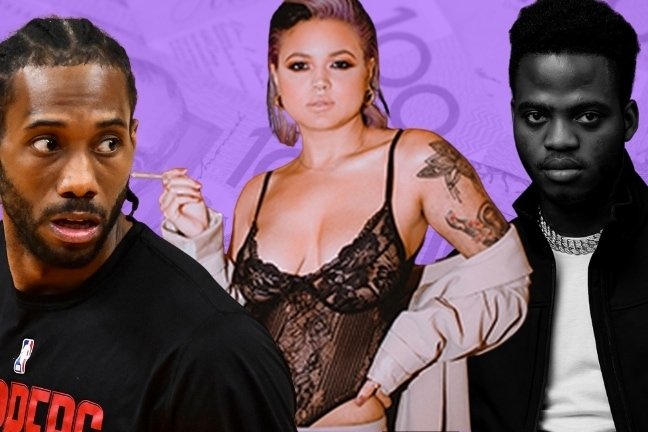 Featuring a selection of emerging tracks from across the planet that should be in your playlists right now! Keep it locked to FOREIGN EXCHANGE; the spot to find some new talent on the reg. Keep updated via our socials, YouTube and Spotify, and if you’re outside the AU and keen on some AUD’$ love, be sure to drop in your latest release via Submithub.

Crowned as the Hungarian queen of R&B, Babé Sila‘s weaves colours of jazz and soul in her latest track, ‘Rainbow’. Driven by deep bass lines and Sila’s delicate and harmonic vocals, the track is a call to arms for self-love and appreciation. Diving deeper into now London-based musician’s track, she explains – “Colouring my own rainbow is a queer hint. In this song I intend to declare that everyone has the right to colour their own rainbow – to decide who and design how they love.”

Cory Br0wn and Barri B turn Van Gogh‘s ‘Harvest In Provence’ into a jazz-infused Hip-hop collaboration between two of Georgia’s budding talents. Barri B’s silk-smooth vocals handle the melodies while Br0wn delivers an intricate and intimate presence, similar to Chicago rapper Saba, as he reflects on growing up in the countryside and finding peace amidst the storm. ‘Harvest In Provence’ is the lead single from Br0wn’s upcoming album self-portrait, with each track named after artwork from legendary Dutch painter, Van Gogh.

Nigerian-born Chimzy describes his ‘Formula’ for a perfect Afro-pop summer in his debut track of 2021. Currently based in Houston, Chimzy is among a new generation of diasporan Afropop artists growing the sound globally and taking artistic influence from their African heritage and current environments. On ‘Formula’, listeners can hear the Nigerian influence in the track’s rich percussion and guitar-led instrumental as Chimzy’s melodics promise devotion, passion and undeniable summertime vibes. With just the one release so far, our eyes stay fixed on what Chimzy has cooking for the Australian summer.

Kawhi Leonard enlists YoungBoy Never Broke Again and Rod Wave for ‘Everything Different’, the first single from the LA Clipper star’s new music project – Culture Jam. The melodic cut features two of Hip-hop’s recent chart-toppers as they reflect on past struggles and their road to success. Made in partnership with Warner Records, Culture Jam is set to release later this year, celebrating the deep-rooted connection between Hip-hop, sports and community. An album for the culture with a stacked line-up of features including Polo G, Gunna and more – don’t miss this one.

NYC singer Izzuly recognises it’s time to let it go on her first track of the year, her neo-soul cut ‘Thinkin’. Izzuly’s angelic vocals float over the slow drums and softly struck chords as the 25-year-old navigates into her next chapter in life. As she accepts her new reality and welcomes catharsis on the track’s chorus, ‘Thinkin’ unfolds a sense of comfort for listeners.

SYDMAC – OUT THE HOOD

Brooklyn native Sydmac continues to hustle on his new joint, ‘Out The Hood’. Over the flute-filled instrumental, the NY artist comes equipped with a fierce flow, vivid storytelling and the flair of new era rap. Influenced by Hip-hop OGs like Jay-Z and Nas, Sydmac’s ‘Out The Hood’ is one of those tracks to start playing when the old heads try and tell you ‘rap is dead’. Dropping after the 2021 release of his Conversations With Her EP and 168 Hours project, Sydmac’s actions match his talk of hustle.

Talii returns with brooding new R&B single, ‘Pointless Numbers’, ahead of her forthcoming debut EP. Named as one of SoundCloud’s March 2020 ‘Artists To Watch’, the Orlando-based vocalist shares a moment of vulnerability on her first release of the year, while she maintains her signature blend of dark-pop, R&B and neo-soul. Past the lush and blissful harmonies of ‘Pointless Numbers’, Talii shares her first-hand experiences with Bipolar II Disorder and offers her latest single as “a song to cry to, a song to feel to, and a song that gives your pain a voice.”

Belgium rapper Rooftop J throws it back with old school cut, ‘Overseas’. Produced by frequent collaborator, Yung Offender, ‘Overseas’ finds the German artist spitting stories of his travels abroad and checklists the places he still wants to visit and things he still wants to accomplish. From the timely topic of travel to the track’s Golden-Era sonics, the 23-year-old artist strikes the same old school nerve on ‘Overseas’ that we’ve become accustom to hearing from Maryland rapper Cordae. Mirroring his efforts of last year, J has consistently dropped new singles with his latest, ‘CYCLES’, out now.

Becca Starr makes her 2021 debut with the introspective and cautionary tale of ‘I Forgot’. Exploring different periods of her life, the honest and piano-driven record evokes a blend of emotional bars and anthemic vocals from the Scottish artist. As her sophomore release and our first introduction to Starr, she describes “‘I Forgot’ works as a cautionary tale but ultimately exerts a fulfilling vibe of hope. Never forget who you are at the core.” While Scotland might not be the first place you think to look for Hip-hop, it doesn’t mean there’s not an exciting scene there to explore.