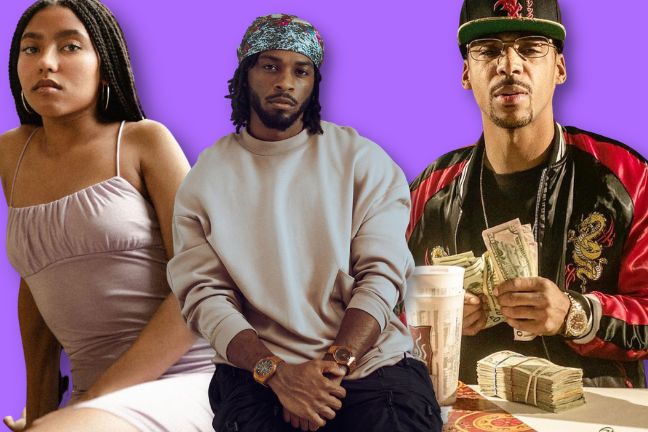 Wrapping up six emerging global acts that you need to be across! From all corners of the planet, these emerging stars should be on your playlists right now! Keep it locked to FOREIGN EXCHANGE; your home to find new talent on the reg. Stay locked via our socials, and if you’re outside the AU and keen on some AUD’$ love, be sure to send us your latest drop via Submithub.

BANDO BLACK – DO ME

Bando Black shares an infectious drill vibe in his latest track, ‘Do Me’. Hailing from Gravesend, the UK rapper flooded his debut year of 2019 with multiple singles and the first volume of his Practice projects. ‘Do Me’ marks his return since his headline show at O2 Academy Islington in London where he sold out the 800-people capacity venue. Produced by Pyro K and Yinkz Beatz, the new single sees Bando’s fast-paced flows and high energy elevate the mesmerising drill production. Switching flows and boasting about his ability, ‘Do Me’ is the hype track to get you through your gym session.

West Philadelphia, born and raised, Armani White has had fans begging him to release his TikTok-viral snippet ‘Billie Eilish’. Last week, he answered their demands with the under two minute track and they responded with over a million Spotify streams. Titled after the 20-year-old megastar, Armani pays homage to her by recreating some of her iconic scenes in his own music video and of course, shouting her out in the song’s catchy hook – “Glock tucked, big T-shirt, Billie Eilish.” Armani White is one of those artists you discover and immediately listen to all their music questioning where they’ve been this whole time, so start with his most recent ‘Billie Eilish’.

If you’re looking for incredible and incredibly young talent, go listen to Luna Elle’s ‘Why’ or any of the songs from her newest EP, Loss of Valuable Energy. The Canadian R&B singer started when she was five-years-old, writing her first song after the loss of a family member. Maintaining that personal relationship with her songwriting, the 16-year-old’s captivating vocals and impeccable pen are on full display on ‘Why’ as she reflects on her untrustworthy partner and yearns for better. Influenced by fellow Canadians like PARTYNEXTDOOR, Luna Elle is evidence that the country are continuing to produce some of the world’s best R&B talent.

At this point, every hip-hop fan in the world has heard a Ronny J producer tag. The New Jersey-born producer has worked with Denzel Curry, Juice WRLD and even Ye on ‘Hurricane’ from his latest Grammy-nominated album, DONDA. Despite his immense success, Ronny J never shied away from co-signing underground acts and ‘Hunnaround’ is no different. Similar to artists like SoFaygo and Slump6s, Xhulooo is a melodic, hyperpop rapper who is gearing up to drop his sixth EP, ‘(un)titled’. Accompanied with a music video by DREVAGAS Productions, his new single features cinematic leads, boastful trap production and his flex-focused bars.

From Chicago’s Southside, Saint Sean releases his 2022 debut titled ‘Moonlight’. Musically inspired at 11-years-old when he first heard 50 Cent’s ‘In Da Club’, the butterfly effect that this created led him diving headfirst into the world of hip-hop. Crediting influences like XXXTentacion and Bad Bunny, ‘Moonlight’ is a slightly dark, melodic trap song that finds Sean delivering sultry lyrics with his crisp, auto-tuned vocals. Across deep 808s and piano keys, he sings and raps in his most comfortable and confident performance yet. As his first release in the new year following his 2021 singles ‘Look At Me’ and ‘Telephone’, Saint Sean has returned stronger than ever.

BOLDY JAMES & REAL BAD MAN – ALL THE WAY OUT

Boldy James is nothing short of underground hip-hop royalty and proves so on recent album, Killing Nothing. The Griselda signee links with Real Bad Man for the project and its lead single, ‘All The Way Out’. Combined with grimy yet polished production, wordplay and storytelling is always at the forefront of his music. Much like his label peers including Benny The Butcher and Westside Gunn, Boldy embodies street rap and is partly responsible for the resurgence of the sound in recent years. With an incredible pen and such a nonchalant flow, Boldy isn’t slowing down any time soon.