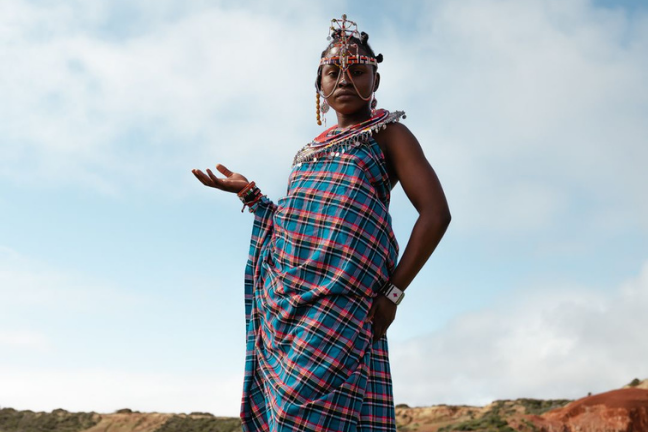 Born in Nairobi, Kenya, Wameyo moved to South Australia when she seven-years-old. Her early experiences with music came from singing at church before she met South Sudanese rapper DyspOra and began working alongside his music collective, Playback 808. The Adelaide raised singer, rapper and producer Elsy Wameyo debuted in 2018 with her first soulful R&B offering, ‘Intuition’. Signing to the Melbourne label Music In Exile, and after a couple more singles throughout the following years, she quickly became a familiar face in coveted ‘Ones To Watch’ lists.

Aside from the spiritual journey she underwent before beginning her debut body of work, Nilotic was largely crafted in her bedroom during the pandemic. Delivering the first taste of the six-track EP, the title track was released late last year with a music video directed by Wameyo and Richard Coburn. Across the self-produced sonics of R&B, hip-hop and gospel, ‘Nilotic’ touches on topics of self-identity, culture, race and police brutality.

“Coming away and living in Australia, in Western Countries, your culture is being diluted every day and so  I really want some of these tracks to remind my people and myself who we are, where we come from and truly understand that power is within us. Kill us all you want but that spirit will forever live on.”

Nilotic opens with the previously released ‘River Nile’, with vigorous and varied production matched with soulful backing chants and powerful lyrics from the 23-year-old artist. Firmly grounded in her own style and experiences, the track contains influence from the score and soundtrack of the 2018 Marvel film Black Panther by Kendrick Lamar and SZA, and Ludwig Göransson respectively.

Leaning into funk-infused soul melodies and Afrobeats elements on ‘Promise’, she pays homage to her heritage and concludes with an incredible vocal performance over the funk bass and brass instrumentation. Her production, singing and songwriting are on excellent display throughout the project, even up to its last moments on ‘Hunger’.

‘Sulwe’ is titled after the 2019 children’s book of the same name written by actress and fellow Kenyan talent, Lupita Nyong’o. She sings her enthralling vocals in Swahili and tells a similar story about colourism and learning to love oneself as Wameyo looks to empower herself and future generations of young Black women across the globe.

“I was putting myself back in the classrooms where I was teased and made fun of and I really wanted to uplift that little Elsy and write a song that can uplift the little ones that are coming behind me.”

In Wameyo’s interview with AUD’$, she expresses her gratitude to God and his divine influence over the whole spiritual and creative process of Nilotic. As she emphasises, “the EP really showcases who I am, the journey that I’ve walked and what I love.” Her artistry expands significantly in her debut project and finds her among the likes of Sampa The Great and 66 Records artists sharing the experience of the African diaspora in Australia.

“It’s a dream come true honestly because I’ve been working on this EP for so long. It’s just been amazing to press play and listen to a song.”

Watch the full interview between Matthew Craig and Elsy Wameyo below as she talks about the African diaspora, trusting in God and her debut EP Nilotic. Also, catch him in a quick round of AUD’$ Rapid Fire answering what cartoon character she’d kick it with, her dream collaboration and the first place she drops a bag. Be sure to let us know if you’re vibing with the interview.