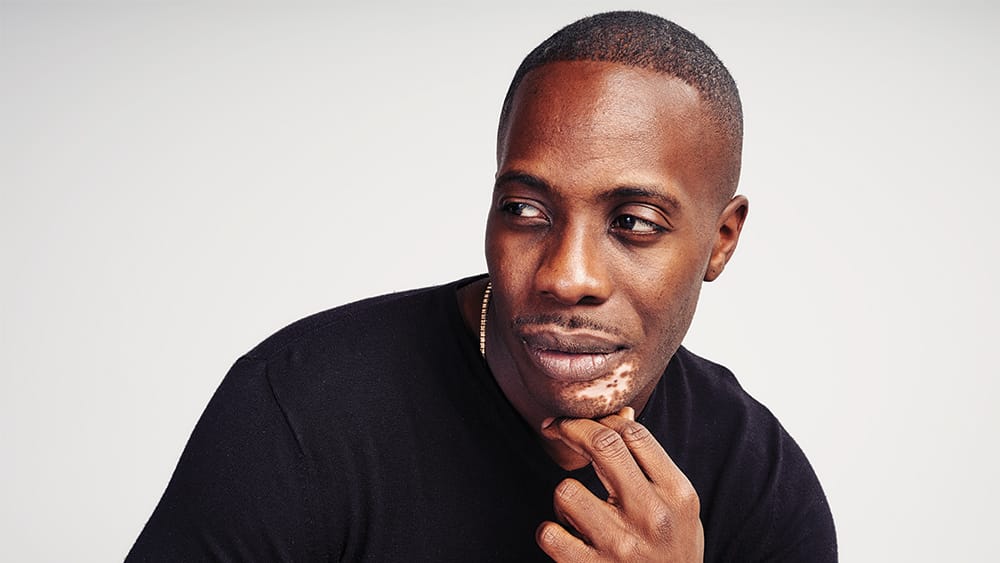 Dre London is one of the most influential figures in the entertainment industry today. Famously buying a one-way ticket to New York to begin a career on a gut feel, the UK-born entrepreneur has continually bet on himself. From discovering global megastar Post Malone in a share-house, to launching top-selling beverage Maison No.9 Rosè, to branching out into luxury women’s footwear with Kruel London, Dre is a man continually on the grind, carefully crafting his next great gift to share with the world.

The first thing you notice about Dre London is his humility. For a man who sits entrenched in the annual Billboard Power List, and who has calculated and curated the career of one of the most streamed artists of all time, his warm smile and welcoming nature is a breath of fresh air. While those who hold high office are often aloof and inaccessible, Dre couldn’t be further from the stereotype; youthful, engaging, and infectiously passionate.

“Cole Bennett said something to me (when planning the new Post Malone video)… he couldn’t believe how passionate I was. And how excited I was. He was surprised to see someone in my position so passionate and excited…”

It is this passion that drives an unmistakable swagger of confidence and fearlessness. You just know Dre London believes he can achieve anything he wishes. Moreso, you feel a sense of inevitability. Dre London will achieve anything he wishes. Not to be confused with arrogance, Dre’s confidence is fueled directly by his preparation. Continually strategising and innovating, he proudly boasts of working up to 20 hours a day, convinced that there are no shortcuts in life, and the only way to translate passion into performance is hard work.

In an age where information is everywhere, where knowledge is freedom, he believes there is no excuse for failure. You build the best plan you possibly can, you commit yourself to providing the best service imaginable, and you figure the rest out along the way. The best service people make the best bosses, because they are always learning imparts Dre during our half-hour chat.

This mantra is not one that sits on a shelf in isolation. Dre London practices every word he preaches, understanding that underneath all the strategy, optimisation, and productivity of the industry lays a very raw, yet uniting reality – human beings feel things. Simply put, the passion and emotional transformation he experienced when first hearing Post Malone, is something he feels destined to share with the entire planet. He knows he’s got the best thing in the world, now it’s his job to share it with everyone.

“There’s always a new trend, but no one’s ever going to stop feeling or touching. Good music connects in a certain way… you can’t have music that doesn’t touch the people. How are you gonna break a record without touching the people?”

Though most people would be satisfied with Dre’s rise to prominence and success, he’s in no way ready to slow down. No matter your stage in your professional journey, he believes the keys are waking each day with purpose, focus, and little milestones to achieve on your path to a bigger goal. There is no rule book. No two artists break the same. So as long as that initial fire of passion is still there, you will hustle, learn, and grow to continually improve and enjoy new experiences.

He fondly recalls experiences in Australia, a place he regards as one of his favourite destinations, laughing while telling the tale of the initial Post Malone shoey; an occasion down under which turned into a viral moment, spawned art murals, and became a staple of Posty live show experiences.

“I saw an explosion at our first show, all these people coming out screaming Post lyrics and was like wow... In Australia people wanna have a good time…”

Watch the full interview between Matthew Craig and Dre London below via our Youtube channel where he talks about discovering Post Malone, innovating to change the world, and harnessing your passion for success.