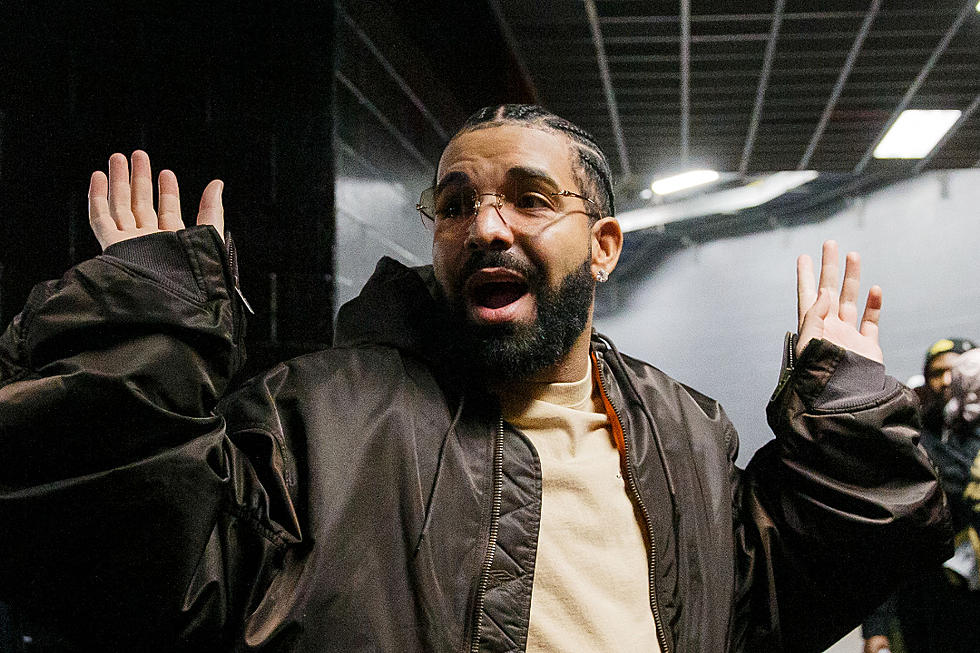 2022 has arguably been one of the best years for music in recent memory and somehow we’re only halfway through. Never one to miss a spotlight, in the midst of the chaos enter Aubrey ‘Drake’ Graham and his seventh studio album entitled Honestly, Nevermind.

Drizzy’s a vet. A run of seven studio albums is no easy feat, and for Drake to hold himself at the level of commercial success he’s been at for the best part of a decade is incredible. His two most recent albums have been received with mixed reviews, and for good reason. Scorpion was a solid attempt at a double album, although most people could handpick 12-14 tracks for a much more satisfying listening experience. It holds most of his biggest hits to date including ‘God’s Plan’ and ‘In My Feelings’ but as an album, it wasn’t consistent. Fast-forward to Certified Lover Boy and while it was somewhat of an improvement, it lacked direction and cohesiveness. We got everything Drake’s good at, but only in select parts. So, now we arrive at Honestly, Nevermind, a project dedicated to the late Virgil Abloh.

This new album arrives exactly nine months after CLB last September, ironic yet far from an accident. With online rumors a buzz about a potential new project set to land for the US summer, fans speculated it would be an EP or perhaps a mixtape. As he announced the album hours before release, the internet went into a frenzy that only Drake can ignite.

The last surprise Drizzy drops were More Life and If You’re Reading This It’s Too Late, two of his best bodies of work – setting high expectations. Most fans were anticipating a rap-focused project, with Drake seemingly having something to prove after CLB didn’t quite fill that hunger. However, Honestly, Nevermind was certainly not that. The 14-track album embraces a heavy influence of dancehall, house, EDM, Jersey, and Baltimore club music. While it’s not necessarily new grounds for Drake, with songs across his discography including ‘One Dance’, ‘Signs’, and ‘Passionfruit’ all exuding elements from the genres, it’s the first time he’s tackled it as the primary focus of a full-length.

There’s no question that Drake is one of the most scrutinized artists ever from fans, haters, and critics alike. And while being a massive Drizzy fan myself, I’m also highly critical. I expect top tier. Much of the criticism from his last two albums were that he played it safe and rarely stepped outside of his comfort zone; a fair assessment. Up until recently, fans knew what to expect from a pending Drake album.

This wasn’t the case with Honestly, Nevermind. At all.

While we can talk endlessly analysing Drake’s flaws as an artist and critiquing his every move, it’s important to recognise the highs too. Drake has clearly listened to the criticism by dropping an album that nobody expected, and he deserves praise for it. Everything about this project was intriguing, from its surprise release and the executive production by Black Coffee to the album’s track-list and again, underwhelming artwork. Nobody can spark hip-hop discussion like Drake.

The sole feature on Honestly, Nevermind comes right at the end of the album with 21 Savage on ‘Jimmy Cooks’, providing a climactic closing, and strong contrast to the previous 13 songs. Drake finally stepped out of the comfort zone he’s been sheltering in for years offering album highlights including ‘Massive’, ‘Sticky’, and ‘Texts Go Green’.

I’ll confess. On first listen, I wasn’t a fan. But the more I listened, the more I enjoyed. In terms of public perception, it was the same with Views back in 2016 and more recently Playboi Carti’s Whole Lotta Red in 2020. Quite often, something compelling needs time to sit with and be digested, and as time passes, they become appreciated more.

Here’s the thing though…

With the highs inevitably come the lows. Some of Drake’s vocal performances on here are head-scratching, such is the case on ‘Falling Back’, the unofficial intro. His hook choice on ‘Calling My Name’ puts a stain on an otherwise great song and the creaking bed sample on ‘Currents’ is off-putting, ruining an otherwise enjoyable chorus. A lot of Drake’s choices on this album are just strange. The inclusion of ‘Jimmy Cooks’ made no sense considering the sonic direction of the other 13 tracks. Somewhat cementing the idea that Drake wanted to try something new, without fully committing. Despite that fact, it kept fans like myself, who were hoping Drake in his rap bag, happy and optimistic that it may be a tease towards his future plans. HN feels like it was thrown together over a short period of time and quite visibly lacked energy and enthusiasm; a constant recurring theme in Drake’s music over recent years.

While acknowledging Drake for stepping out of his artistic boundaries, this is by no means the best house and dancehall music has to offer. In fact, there are multiple artists that come to mind who could have executed this album better, most notably The Weeknd or Jorja Smith. Drake is known for jumping on emerging trends and taking them to unprecedented heights, which he’s likely done again with Honestly, Nevermind. Regardless of the execution, it’s still an enjoyable listen and a win for the various scenes he’s taken inspiration from.

Drake has the capability to release an album that could eclipse or imitate the quality of his best work. Thus, it’s frustrating when he continues to miss this mark. Under the pressure of appealing to an increasingly diverse, global fanbase and backing up his astronomical streaming numbers, Drake has stagnated artistically over the last five years. While he isn’t going anywhere anytime soon and remains one of the biggest names in entertainment, the harsh reality is that his best work was almost a decade ago.

Fans, including myself, need to try to let go of predicting what Drake will do next. It’s clear he’s at the stage of his career where he’s only going to make what Drake wants. If there was ever the time to receive the long anticipated album returning to the formula which made Drake a rap superstar, it was now, coming off the complaints from CLB. And it didn’t happen. That being said, it’s not out of sight nor possibility, with the album coming alongside the announcement of the third installment of his Scary Hours EP series dropping at some point this year.

Until then, let go of your ego, let go of your expectations and just enjoy his music for what it is. Drake is only 35 years old. He is far from finished as an artist. While he’s already become one of the most significant figures in music history, it’s important to acknowledge greatness while it’s present. Let’s give the man his flowers for what he’s done in the past, and accept the current music for what it is.

You don’t have to like the album. But if you’re still a Drake hater after this then…honestly, nevermind…