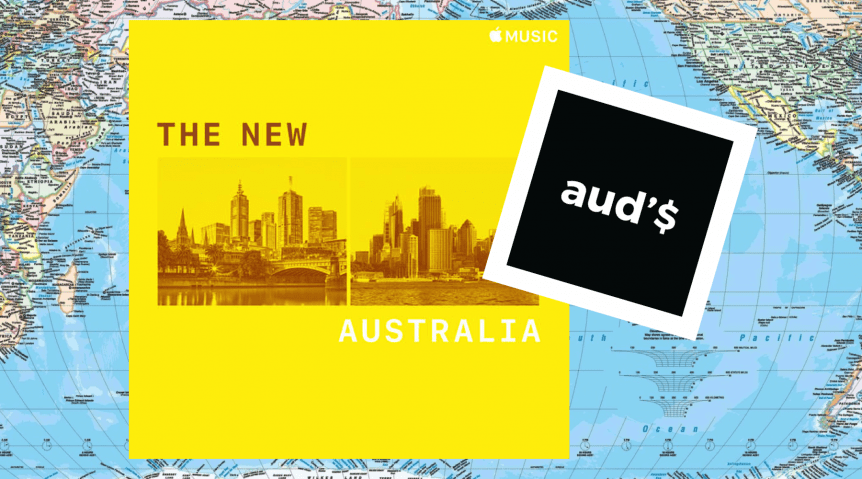 AUD’$ was born in a basement studio. On broken CDJs. And live streamed on an iPhone 4. It’s always been from the culture. For the culture. About finding new ways to showcase the talent we come across, that nobody knows about. About telling the true story to the world of how deep and diverse the local hip-hop scene is. How rich our culture is. Today, we’re excited to officially announce that since 2018 we’ve been doing that on a whole new scale; as co-curators of The New Australia playlist in collaboration with Apple Music.

Apple Music launched The New series of playlists with the intention of “highlighting emerging hip-hop and R&B artists” in various local scenes. It kicked off in America: New York, Chicago, Atlanta, the South, the Bay, and Los Angeles, before expanding globally to include Toronto and Asia. Late 2018, Australia got an unexpected nod and The New Australia now sits global facing amongst the world’s hip-hop community.

In only a short space of time, The New Australia has become a beacon of prestige within the domestic hip-hop scene. Songs like Block Hotter, Bunsen Burner and Kiki have risen from the clubs and streets giving artists including Jaye x EcoSystem, Temgazi and Mike Akox a bright spotlight and fresh industry attention. With over 50 million subscribers in over 115 countries, Apple Music is a massive global marketplace. A marketplace to which the next generation of Australian Hip-Hop, R&B / Soul talent, in a massive endorsement of its strength and quality, now has a firm foot in the door.

As Zane Lowe told GQ back in November (before casually kicking it at Kwame‘s studio); “In the next few years we’ll see Australian hip-hop in an amazing place within the whole landscape. It’s just a matter of time before the rest of the world realises that actually, this amazing art form called hip-hop that emanated from the USA is really an architecture that can be applied in any environment.”

Hip-Hop is the hottest genre both globally and locally right now, and the industry is capitalising on that fact. New outlets are opening up. Deals are being handed out. And names are rising faster than ever. ARIA week even made space for the state of the local scene to be discussed! Just last month it was announced that The New Australia had scored its’ own Briggs-hosted Beats 1 Radio slot. The show features special guests from around the Australian urban landscape with its tracks coming from what’s popping on The New Australia playlist.

“It’s letting people around the world into what’s happening here, and I think it’s going to be a good outlet here,” Briggs told SMH.

“Like, I remember the first time I got a song played on Triple J, I was buggin’. And if I had access like this to just get a song up, that’s a little thing that can push you to the next level and keep you going.” said Briggs

The playlist’s inclusions are handpicked collaboratively by the AUD’$ and Apple Music editorial teams with the goal of accurately representing the best of the Australian scene.

“This is a historic moment for the culture, for an independent voice of the street to be partnering up with Apple Music. I’m excited to continue changing the global perspective of hip-hop in Australia on a bigger scale.” said AUD’$ founder Juñor.

The New Australia playlist is updated regularly. Our email inbox is always open (full but open!) to hear your latest tracks. Be sure to hit us with all your details and links via cash@audollars.com.au

Check out the latest update to The New Australia playlist below.