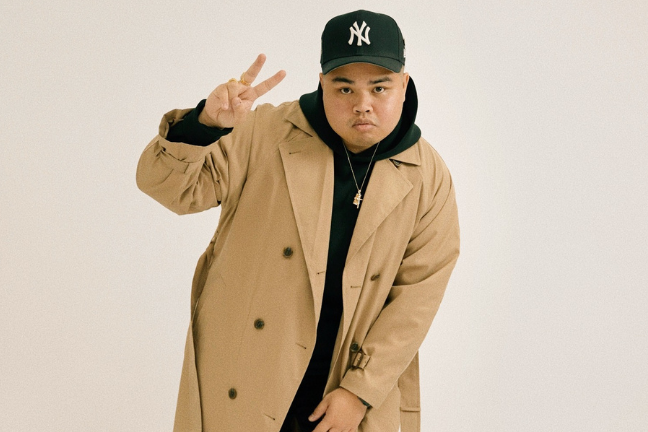 From making remixes on Soundcloud to being one of Australia’s most prolific tastemakers and producers, Cabu is putting his native Philippines on the hip-hop map.

The eclectic beatmaker has become a notable figure throughout Sydney over the last few years – immersing himself in the dance, electronic, house, and hip-hop scenes – however, his musical journey began over a decade ago. A kid who was exposed to a diverse palate of sonics consisting mostly of ’80s pop, R&B, and Filipino disco, Cabu has gone on to amass a catalogue consisting of millions of streams and co-signs from some of the world’s most influential outlets.

“I think the ’70s stayed around until like the ’90s [In the Phillipines]. When I think back on it now, it’s like early dance music with a lot of chords and basslines that I really fuck with.”

Growing up in a musical household, Cabu was always destined to be a self-proclaimed “music nerd”. While the stadium sounds of Kanye West moulded his high-school and university years, it wasn’t until he got his hands on a bootleg version of FL studios that Cabu truly fell in love with the limitless world of creating soundscapes. While at University sacrificing his grades for his newfound passion for music production, he made an edit to Destiny Child’s ‘Cater 2 You’ on SoundCloud. A few streams and some good feedback later, he was sold. This was the moment he decided he would go all-in on music.

“It led down to a rabbit hole of YouTube tutorials and how to make this and that, but it was a lot fun at the time. Just a massive music nerd trying to get into production. I think I didn’t know what I was getting into but yeah, it led me into something else and kept leading me down certain paths”.

Cabu keeps his Filipino roots strong, inspired by other artists who have incorporated his culture into their own music. In a scene currently thriving from the proliferation of multicultural influences emanating from the diaspora, Cabu personifies the new-age Australian artist. He feels a lot of love and support from the Filipino community in Sydney who he says are all very “tight-knit” and is humbled to be considered a leader amongst his peers. As one of the first Filipino-Aus artists to breakthrough on a global scale, Cabu is an inspiration to the younger generation.

“Filipino kids that grew up in the states, Europe, and here, like they’re creating their own sound and stuff, so that’s super cool. Especially in the LA scene, there’s heaps of Filipino-American artists doing their own thing, like Guapdad [4000], Saweetie, and H.E.R.”

Known for masterfully blending elements of R&B and Hip-Hop in house and electronic music, Cabu’s extensive remixes have made their way into house parties, festivals, and radio playlists across the globe. You’ve probably bumped along to one and not even known it. The new EP, entitled ‘So Far to Go’ comprises seven tracks of extremely easy-listening, up-beat, soul-nourishing tunes. With contributions including from Milan Ring, Young Franco, and his mentor / big brother figure Ta-Ku, it’s a polished taste of what the Sydney beatmaker has up his sleeve. Wherever it sits on the genre spectrum, SFTG is an undeniably enjoyable listen.

“Most of those beats have just been laying around but like, I think anytime I make something I have to be a massive fan of it first. If I don’t fuck with it, I’m not putting that shit out.”

Check out our interview with Cabu below, where he talks about his new EP, his musical beginnings, as well as gives valuable insights to up-and-coming producers on how to advance their careers. Get active in the comments with your favourite Cabu tracks and let us know what you learned from our chat.