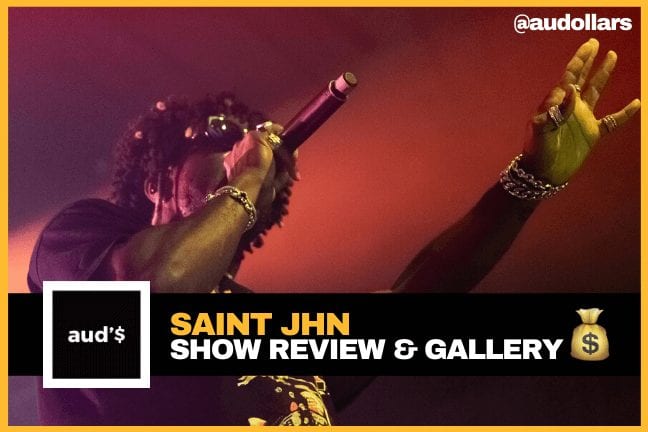 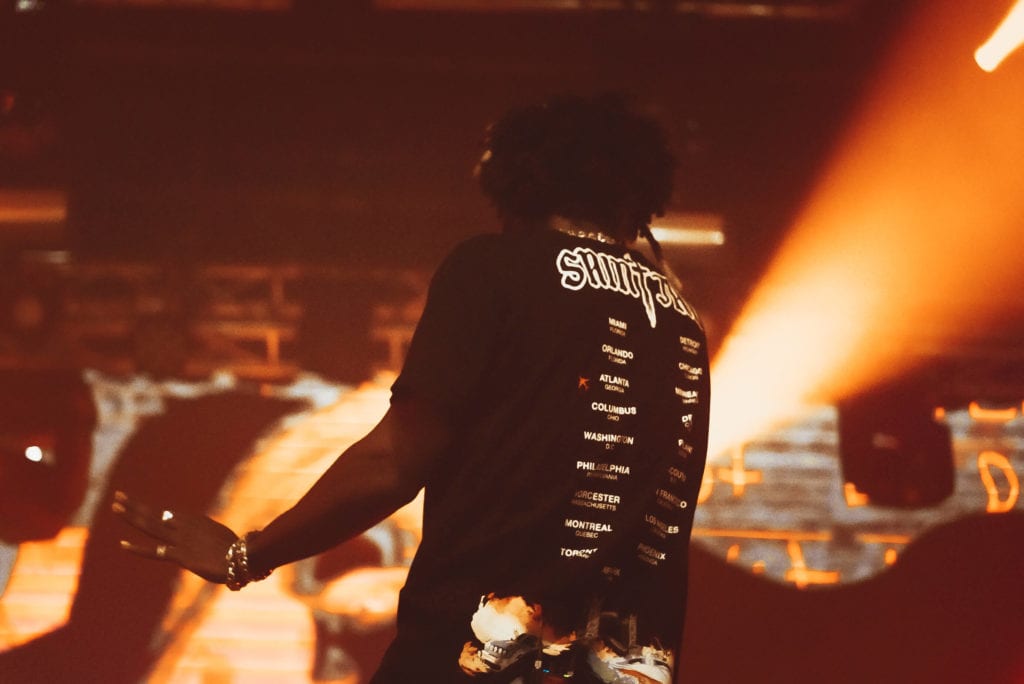 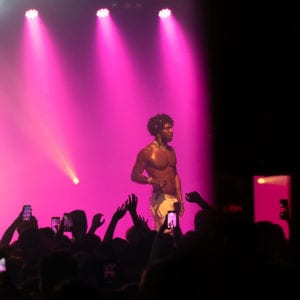 A packed crowd showed out at 170 Russel in Melbourne on a warm Thursday night to catch Guyanese / Brooklyn sensation SAINT JHN in the midst of his debut Australian tour. Following an exciting chat with us prior to heading Down Under (Read Saint Jhn on Bikinis, Church & Working with Lenny Kravitz) we were hype to catch his live show which was given the perfect introduction with Sydney talent I.E opening up; a great choice on both style and energy.

Through a haze of weed smoke, following an intro walkout medley of Kanye West and Nipsey Hussle , the man took centre stage dripped in Ghetto Lenny tour merch and proceeded to give us an hour of pure professionalism. But from the streets.

With the crowd in the palm of his hand through every verse, SAINT JHN took the opportunity more often than not, to cut the backing track and let his voice shine through acapella rendition of his infectious hooks including fan favs God Bless The Internet and I Can Fvcking Tell.

A SAINT JHN show feels a bit like singing hymns in a Pentecostal Church on Sunday morning alongside your homies who all haven’t slept from the night before. And still hitting every note flawlessly. With stage visuals including nuns making out and his shirt off within 3 songs, it was clear this gig was always destined to end in a turn up. The screaming audience confirmed it.

One incident in the mosh pit where SAINT JHN had to check a fan for inappropriate behaviour was a great reflection of his character. Immediately after doing so, the fan was invited alongside him in the mosh to party together for a huge electronic breakdown of the anthemic single TRAP; a moment that felt uniquely Melbourne.

There’s no doubt from his two recent acclaimed projects that SAINT JHN can make hit records. But after seeing him live, it’s clear that’s only half the experience. The NY superstar will certainly be back doing arenas and major festivals before long. Can’t wait tbh ????

Words by Matthew Craig. Photos by Charly Dwyer. Follow us on the gram. We lit. 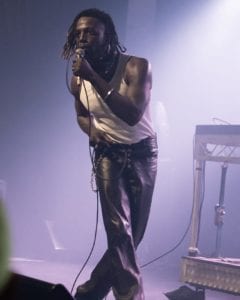 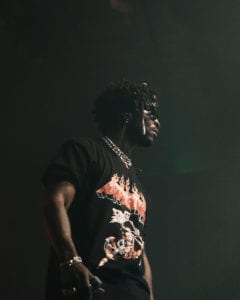 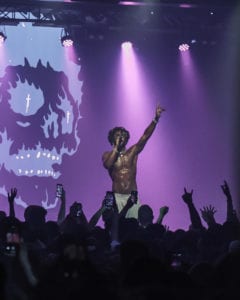 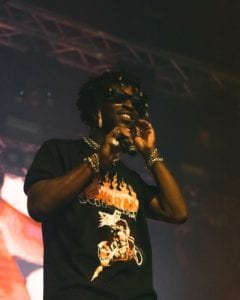