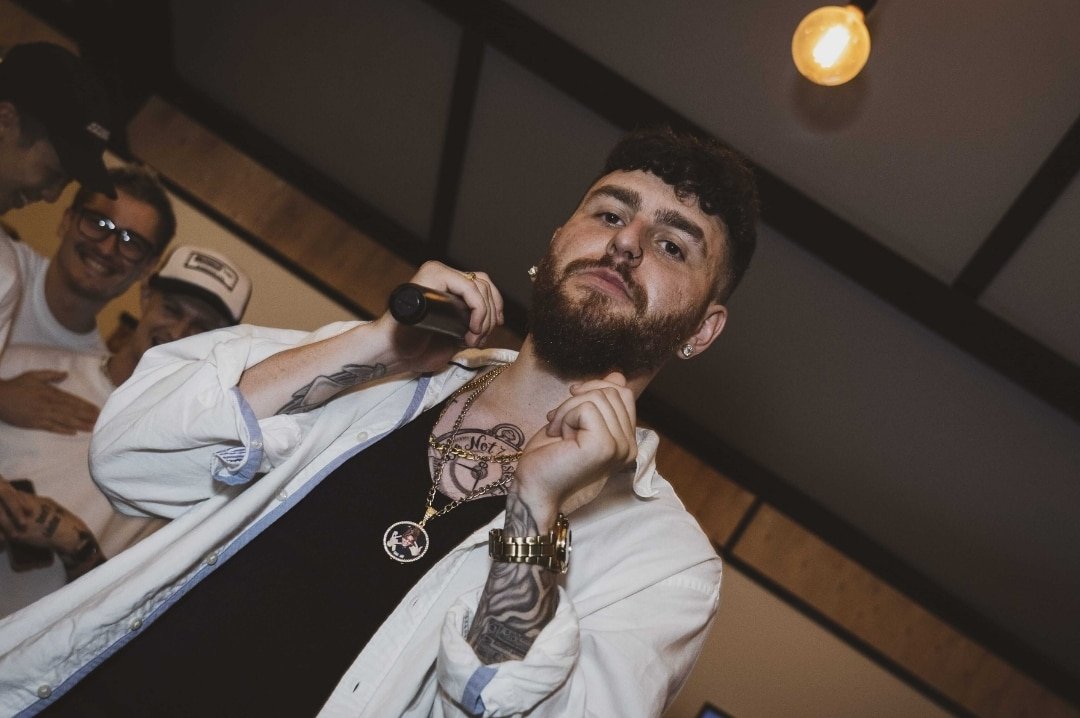 In recent years, Brandon Stone has climbed the ranks of the competitive and familial scene in the northern suburbs of Melbourne’s and etched his name as a formidable force in the city. Those who know the 21-year old are well-aware of Stone’s aptitude for bars, club bangers and moody anthems spread across his ‘Seventeen‘ and ‘Renegade‘ EP’s, both released in 2018. Shortly after the release of the latter, Stone continued to sharpen his skills and push sonic boundaries, to craft what would become his debut album, ‘Northside Lullaby‘.

‘Northside Lullaby‘ spans across 14 tracks featuring 7 artists and production from the likes of IconicBeats and Trae. The live instrumentation on the album’s opener, ‘Breathe‘, creates a cinematic and honest introduction to Stone’s patience and hunger for success. The project moves into recent NSL single, ‘Favourite Mistake‘, with features from fellow Melburnian Olive Amun and Sydney up and comer Mason Dane. The track is evidence of Stone’s evolved sound as he tips into a more melodic tone, matching the energy of his collaborators. The chemistry between Olive Amun and Brandon Stone is second to none, built initially via 2018’s ‘Mac‘, the aforementioned ‘Favourite Mistake’ the dynamic duo return together on “Diva Diva”.

Switching from melodic heartbreak to relentless playboy energy, the dancing keys and booming bass of ‘Nick Cannon / Opps’ blasts through the speakers with attitude. Clawing to the top, ‘Ricky Bobby’ follows in the same vein, with verses from frequent collaborator Zhane White and K1ngZ3x. Though Stone has expanded his catalogue with different sounds, there’s no denying his dominance is primarily on club slappers like this. The hook game has levelled up. Whether its braggadocios rap or love-lost themed hooks like ‘Bad Man’, Brandon Stone can’t help but shoutout and rep the North at every opportunity.

“I really wanted to portray the North. Regardless of what topic I’m speaking on or whatever the message that I’m trying to portray, it’s a reflection of where I’m from and what I’m about.”

Diving into the guts of the album, Stone’s excitement wears off and his introspection takes the steering wheel. ‘All I Want’ featuring Isadora is the R&B slow jam we’d expect from powerhouses like Kehlani and 6lack, but the talent from our backyard once again shows it’s global potential. Isadora effortlessly gliding across the chorus as Stone delivers a verse about longing for love and realising it’s too little too late. The album’s interlude ‘Crybaby’ reintroduces the live instrumentation with an electric guitar solo as Stone dives deeper into this story of heartbreak. Add this one to your playlist of late-night drives along with those deep cut Drake tracks because it won’t seem out of place.

NSL continues with the majority of the album’s singles, including the motivating and anthemic ‘All Out’ featuring Carlito Hendrix, the workout soundtrack ‘Fitness’ and the collaboration between two Northside titans, ‘Front 2 Back’ featuring Junor. The two have previously joined forces on ‘Xpresso 2.0’, but Brandon felt it was necessary to include the RMF spitter on an album dedicated to the North.

At this point, there’s no denying the authority that Stone demands on the mic, but if you’re looking for more, ‘Stephanie Rice’ delivers just that before he closes the album with ‘I Tried’ and ‘Drive Pt. 2’. Stylistically similar to ‘All I Want’, Stone reflects on his past relationship in a more pessimistic and raw tone – knowing he did everything possible yet still enduring the typical ending of a relationship; it’s the bittersweet realisation “This isn’t what I want, but it’s what it’s got to be.”

A large portion of the album was written and recorded during and after Melbourne’s COVID-19 lockdown, and this is our first taste of an artists’ full body of work after isolation. In a truly AOTY fashion, Brandon Stone has set the bar for 2021 and has no plans on lowering it with a conceptual EP set for release sometime later this year.

“Now there’s no pressure of an album on me, I feel freed up and my process is so creative. I think I’ve smashed out twelve songs in the past week. No recording, just writing.”

‘Northside Lullaby’ is a culmination of Brandon Stone’s artistic evolution, demonstrated through tales of heartbreak and hunger for success, overlaid by his undying love for home. Stone has taken his time to experiment with melodies and a wider range of instrumentation allowing him to distinguish from his peers with a sound clearly his own. In doing this, he still upholds his focus on punchlines and his love for collaborating with fellow creatives. It’s an undeniably strong debut album, bound to gain the Melbourne musician more attention in Australia and worldwide.