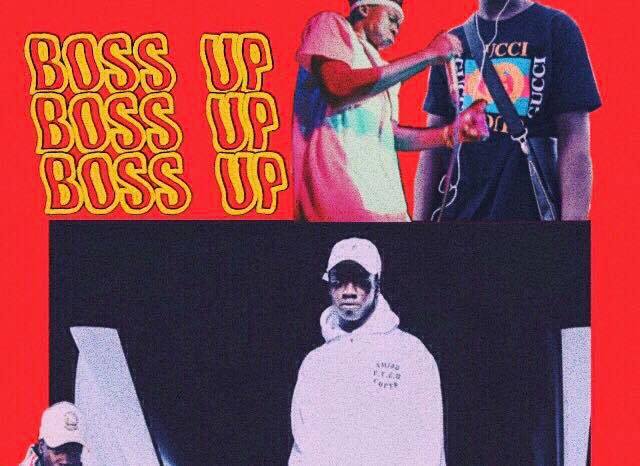 “BOSS UP OR GET BOSSED AROUND”

Kaé of Melbourne collective GREMLNS is here with AUD’$ to exclusively bring you his latest track, “Boss Up” Prod. Gleekoh Beats 💰.

AUD’$: What does “Boss Up” represent?
KAÉ: “Boss Up” represents me officially making my imprint on the Australia Rap Scene! With this track, I know I’m boutta make some noise. I was on a vibe when writing it – a vibe so good that now it’s tracks on tracks, and better moves all 2018 fam!! Expect a follow-up song in a few weeks! And “Rare” coming too don’t worry!!!

AUD’$: How did “Boss Up” come to fruition?
KAÉ: Late December last year at Droopo’s crib with some of the homies, we were just chillin out in the veranda, had my speaker, beats playing and all dat. I had the beat on my phone, so I was like “aye n***** listen to this!” – this is how we usually tell the squad there’s a new heater on the way. I dropped the whole song live, n***** was vibing like crazy so we jumped straight into Droopo’s home studio, laid the track down in like 15 mins, then sat on it for a few weeks working on it.”

AUD’$: Tell us about your artwork!
KAÉ: I like 100% artist creativity! So I make most of my artwork, and some for the homies! Ain’t nothing too serious right now but I still put the same amount of effort into it as I do into my music, and definitely would look into perfecting my craft with it. This cover took me about an hour to finish, coming up with the concept was easy. I had already used the Lamborghini, Third Chapter shot for the “Boss Up” teaser, so I worked with it and used photos from a day where I achieved certain goals and also fit good with the vibe! I make all the artwork on a few different apps on my phone, which I won’t say what apps cause I don’t give out too much of my sauce.”

You can catch KAÉ alongside other ca$h acts – Sophiegrophy + more on the 24th of Feb at Ferdydurke, Melbourne for DRIP 🔥

Check out “Boss Up” VIA Soundcloud below 💰