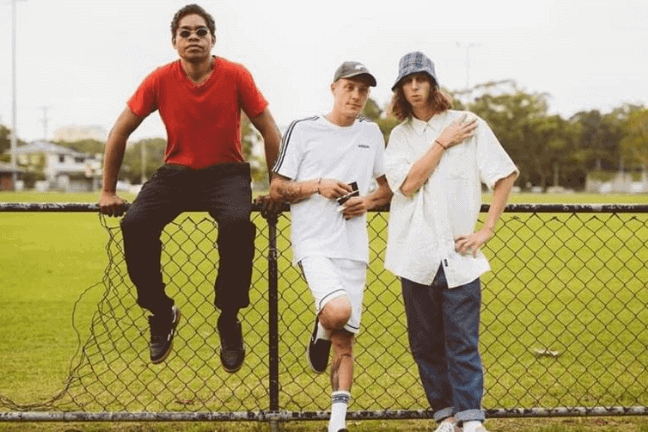 With the recent emergence of Drill into the limelight across the AU, it’s easy for boom-bap centric drops to have slipped past your radar, but don’t get it twisted – beachside act Gratis Minds come with a point to prove and strike with precision.

Gratis Minds first dipped their toes into releasing with the wavy, laid-back efforts of “Bownsi” and “Yavin-4”. In the time since, the group’s roster changed and the soulful sample focused “Up Again” introduced their newest member, the lyrical juggernaut, JK-47. After a string of singles from the Gold Coast prodigy and the Cabarita Beach boys, Jay Orient and Jon Do£, Gratis Minds have released their first project packed of gritty bars and BROCKHAMPTON-like hooks. 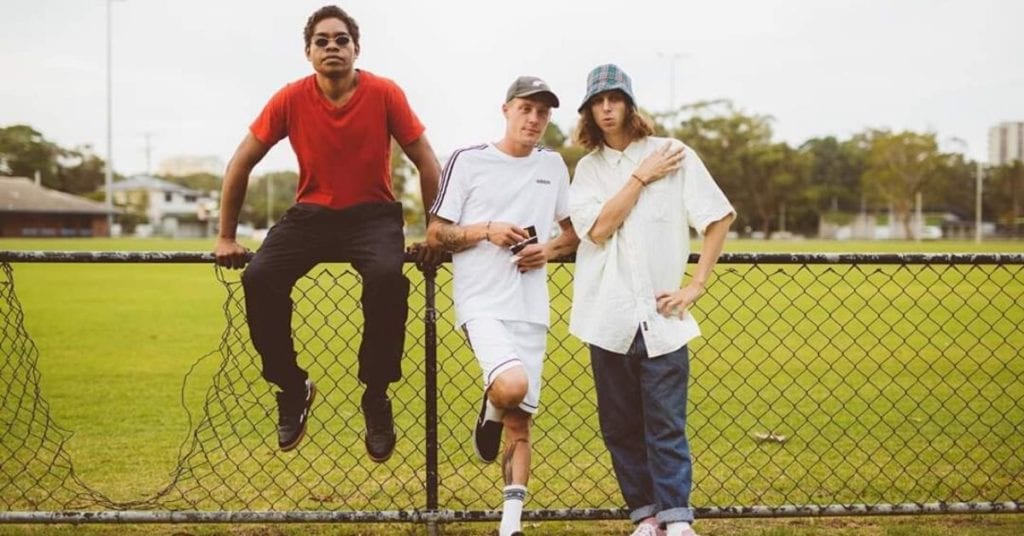 Driven sets up its title themes of family and fear of failure early on and this continues to be the driving force for the trio. Their hunger for success is expressed through their meticulous delivery, and the type of vulnerability they share throughout is refreshing. Never are they looking for sympathy and fairly often we even see them puff their chest. It’s this mix that the trio explores so well throughout the LP.

“Chilly” as the opening track is a clean introduction into their abilities, with Jay Orient hinting at his singing chops, Jon Do£’s nonchalant delivery and the fiery lyricism of JK-47. The drive is there from the start with Jon setting his priorities straight, rapping “I ain’t focus on the foes, I just focus on figures”, and JK telling us “I’m going beast mode no more Mr Nice Guy”. “Dejavu” proves Jay as a lot more than the singing guy, carrying the chorus all while following it up with a strong verse. The muffled and distorted singing choruses are used a few times across the LP but its best displayed on “Astral” where he puts his range to the test. The BROCKHAMPTON influence comes to life throughout the hooks but this stretches even further with Gratis Minds’ energetic anthems like “Driven” and “Stride”. Their chemistry is put at the forefront on “Stride” where they navigate seamlessly across verses over the distinctly dirty bass-heavy Boom bap. In the best way possible, little is left to the imagination of how great these tracks could be live.

The catchy hook of “Fearless”, sandwiched between some of each rapper’s best verses, is without a doubt, the LP’s standout track. All MC’s pen game pack a powerful punch and here, along with “Chilly”, is where you’ll feel this most effective. Despite being a vulnerable moment for each of them, as they touch on their self-doubt and stories of perseverance, each of them sound, for lack of a better word, driven by these experiences. Their confidence and nostalgic freshness evoke a strong influence from the former London based group, Hawk House. To give a more local comparison, they’re like a grungier version of Triple One with a background that’s stylistically focused more on Boom bap rather than Trap.

The production efforts shine brightest on the bouncy and ambitious “Relief” and the outro track “Grover”, where the album closes as animated as it began. Jay Orient’s groovy verse filled with smooth enjambments verifies that he’ll never be just the ‘singing guy’ of the group. That being said, if Jay can experiment even more with his singing, he could very well become the next big voice on the scene.

Driven is an explosive debut effort from Gratis Minds that spins British Boom bap with the energy of Australian lyricism. The trio’s originality and ability to era/genre blend are Gratis Minds’ nitrous oxide that can boost them into first place. The unique sounds coming out of Australia are only getting larger in range, and Gratis Minds show they’re able to trail their own path. Let’s just hope their drive for success continues to push their energetic creativity in future releases.

Review by Frank Tremain. Follow him on IG @eject_ftremain????