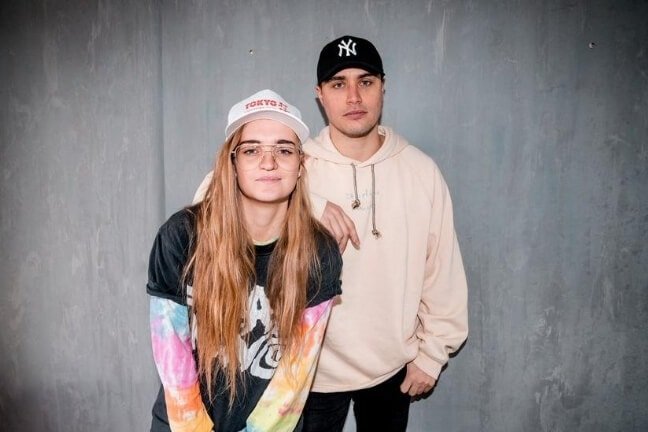 After a decade dominating the Australian music scene, Illy aims to continue his reign with his latest single Loose Ends and his upcoming album, The Space Between.

Headlining some of Australia’s biggest festivals, achieving fifteen ARIA Award nominations and having his last album, Two Degrees, debut at No. 1 on the ARIA charts, it’s safe to say Illy is one of the most decorated vets in the game. Though the Melbourne artist played a key role in shaping what a lot of people categorise as ‘Australian Hip-Hop’, recent years has seen Illy connect himself deeper into the Australian market with his familiar playful and energetic rapping alongside a blend of R&B and pop.

“I find a real challenge in writing these sort of songs that don’t rely on stuff that I’ve been doing since I was ten, eleven years old,” Illy said.

With strong anthemic pop melodies and the chemistry between G Flip’s impassioned vocals and Illy’s lyrics of bittersweet farewells, Loose Ends is no different.

“Loose Ends is about growing up, loss, and accepting that things don’t always go how they do in movies,” Illy said.

“And it’s bittersweet, it can be good, it can be bad, everything passes but it’s just part of life.”

Loose Ends follows Last Laugh as his second single of 2020, but with his Triple J Quarantine Parmas In June and the fan serviced return of Friday Flips, Illy has kept himself busy. For his last Friday Flips, Illy recruited Nerve and JK-47 for their incredible rendition of Violent Soho’s Covered In Chrome.

“Nerve and JK are going to be problems, I don’t think they’re going anywhere,” Illy said.

As someone who has experienced effective longevity within the scene, Illy believes the key to this success is evolving and running your own race.

“You have to do your own thing even if it’s not the popular thing within the circles you operate in. Being comfortable to push yourself if you feel like it’s the right thing and not making the same album every time.”

Taking his own advice, Illy looks to continue evolving into the new decade, kicking this off with his sixth studio album, The Space Between, that is in the final mixing stages and set for release by the end of the year. Being the longest time without playing a show since he was 17 years old, it’s an understatement to say Illy is eager to return to touring for the album’s release.

“The Space Between relates to the time between albums but again I think a lot of the songs deal with the space between different points in life whether that’s in relationships or the space between my own two ears dealing with the thoughts in my head. It’s about growth and coming to terms with that and handling your shit when you need to handle it,” Illy said.