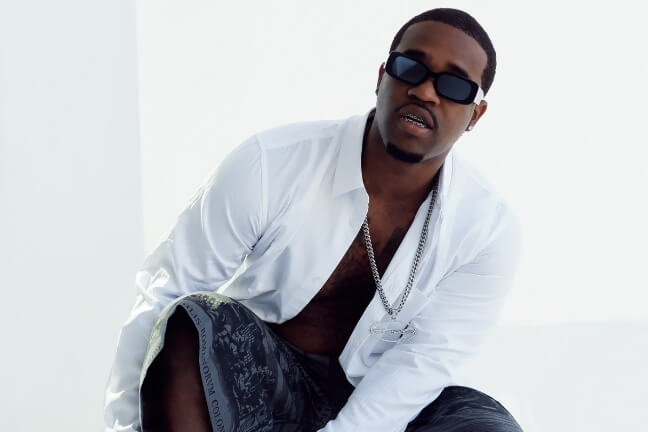 ASAP Ferg a.k.a The Trap Lord a.k.a The Hood Pope a.k.a Ferg.14, recently dropped off a brand new EP titled Floor Seats II to a host of fanfare from his southern hemisphere supporters. Far from a stranger to the AU, the New York born and raised emcee has made a habit of travelling down under, most notably earlier this year when a trip out to Mt Druitt resulted in the mammoth feature on OneFour track Say It Again.

With Sydney one of his top streaming cities on the planet, it was little surprise then to see a host of attribution to Australia laced into the new project. At 11 tracks long (10 + an interlude), and while a follow-up to 2019’s Floor Seats by name, this record is counted as Ferg’s third mixtape. It is in this light that the record’s context be understood – it’s not thematic in the sense of his 2013 acclaimed debut Trap Lord, nor is it an exhibition of Ferg pushing his creative boundaries – it’s a feature packed party with no shortage of names; Marilyn Manson, Tyga, Lil Wayne, Nicki Minaj, Diddy, MadeinTYO, Mulatto, OneFour, Fivio Foreign. One to turn up to in the moment. A little something to enjoy in the chaos that is 2020.

We were fortunate to touch base with ASAP Ferg via Zoom only days before the release of the project, scoring an early listen where our attention was instantly drawn to the title “Aussie Freaks” – an interpolation of a lyric during his verse on the aforementioned Say It Again. After sifting through the lyrics and numerous Aussie references from NBA star Ben Simmons, to Sydney’s The Star casino, to Melbourne clothing label Third Chapter’s OG plug Will, we asked him directly about the hook; “We Hit Butterrrrr…”

“Yeah bro! That’s about Butter the store in Sydney! We love that place!” said ASAP Ferg. In the weeks since, the fried chicken and sneaker store has transformed its’ front doors into a tribute to the record and launched a new Aussie Freaks inspired Ferg Burger.

Swing past our Surry Hills location to check out our new front window display by @shanesalvador (available now at @buttershop!) + see our Floor Seats II display in celebration for our new collaborative sandwich with @asapferg – the Ferg Burg II! ?? // #AussieFreaks

The Australian connections don’t end there, while Ferg notably picked Kwame out from the crowd in 2016 to freestyle on stage (then taking him on tour in 2019), and OneFour‘s Spenny and J-Emz lacing verses on the project, interestingly both Aussie Freaks and Hectic, were also produced by TGUT who handled production on Locked In and Tsunami 2019’s mammoth EP by Melbourne’s Kae The Goat and Droopo.

Next up for Ferg is a debut online performance of the project via MelodyVR, complete with a custom built set and opportunity to intimately engage with fans.

“This is the first performance I have done since the pandemic started, and I will be performing Floor Seats II live for the first time ever,” said Ferg. “My concert with MelodyVR is allowing me to get super close with my fans – I get to talk to them and walk them through each song – that’s why this is different than any other performance. I am bringing the club to your living room or kitchen – I want to see you turn up in the kitchen!”