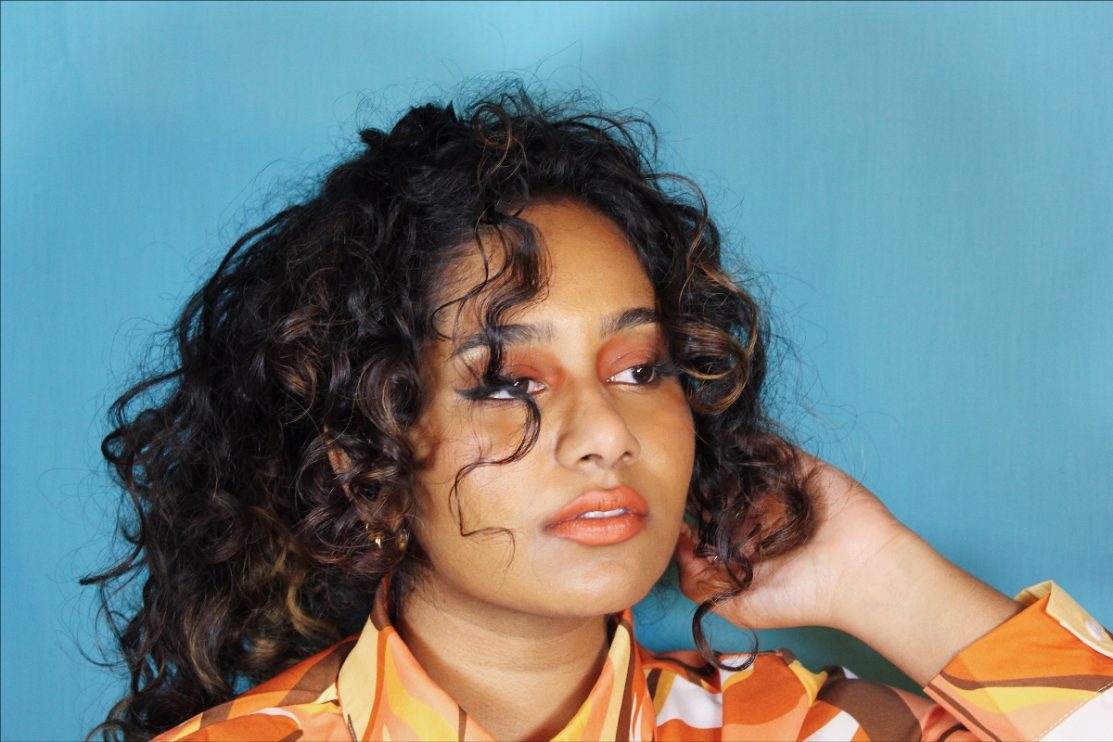 Sharing a triad of R&B and neo-soul releases in 2021, proud Australian/Mauritian artist Anieszka has fearlessly blossomed into her own this year.

In the past twelve months, Anieszka’s growth has mirrored the Australian R&B scene at large – welcoming new sonics and creating genre hybrids while finally receiving the wider attention she commands. Telling AUD’$ about her early singing career in school shows and choir groups, she recalled singing ‘My Heart Will Go On’ by  Celine Dion in the car at eight years old. Attending an international school in Papua New Guinea, Anieszka was exposed to global icons like Whitney Houston, Lauryn Hill, and Alicia Keys, and already influenced by Bob Marley, the traditional Mauritius genre Sega and whatever else her family would often play.

Anieszka described moving to Australia as a “different reality” for her to adjust but ultimately, where she released her first song and found inspiration from contemporary acts like H.E.R, Daniel Caesar and Alina Baraz. The Sydney-based musician debuted in 2016 with a hypnotic track titled ‘Fall Into You’ that fuses her young R&B vocals with electronic pop elements. After some time and songs later, Anieszka has inevitably developed both personally and artistically with her vocals maturing and sonics adapting more of her earlier musical and cultural influences. Her unapologetic authenticity has been showcased all year round through her three singles, ‘Presence’, ‘True’ and ‘Choices’.

“When I release these songs, I’m not afraid to just speak how I’m feeling as opposed to just creating music that maybe I feel people want to hear or what’s popular.”

Produced by Lui Mateer, her latest track ‘Choices’ is an introspective and angelic offering of R&B, soul and Afrobeats that explores the weight and power of the decisions we make. The second single ‘True’, is a summery, Kaytranada-style call to embrace your honest self while ‘Presence’, released in February, recounts Anieszka’s journey to authenticity, baring it all with her soft vocals and lyrics of longing being backdropped by more soothing melodies woven into the production of Chelsea Warner.

“When I released ‘Presence’ at the beginning of this year, it was me taking that step, that risk, in a way. I’m going to put a song out that is about being present and being in the moment which is not really popular but it’s me and that’s what I realised,” Anieszka said.

“I know music is my path, there’s so much I want to say.”

This path she’s carved for herself is only just beginning with her debut EP aiming for release in early 2022 and plenty of live shows that she’s already started. Don’t expect to hear studio versions when you go to see her though because the young artist continues to explore new territories, designing each show with new instrumentation and even alternative melodies in the music.

“I remembered driving back from the first or second rehearsal with the band and I was crying, I was literally in tears because I was overwhelmed hearing my songs come to life that way.”

Every song from this year will be featured on her upcoming project that could even include a collaboration with Sydney-based producer Beso Palma, something we’re told is already being cooked up. While she’s busy manifesting her Grammy nomination, the most important thing to Anieszka remains her music and staying to herself.

“If I can just connect with people and my music is some form of healing for them then I’m happy.”

Watch the full interview between Matthew Craig and Anieszka below via our YouTube channel where she talks about her 2021 releases, moving to Australia from PNG and what’s in store next for the Sydney-based musician. Also catch her in a quick round of AUD’$ Rapid Fire answering her dream collab, what cartoon character she’d kick it with for a day, and what movie recommendation everyone should check out. Be sure to let us know if you’re vibing with the interview in the comments!