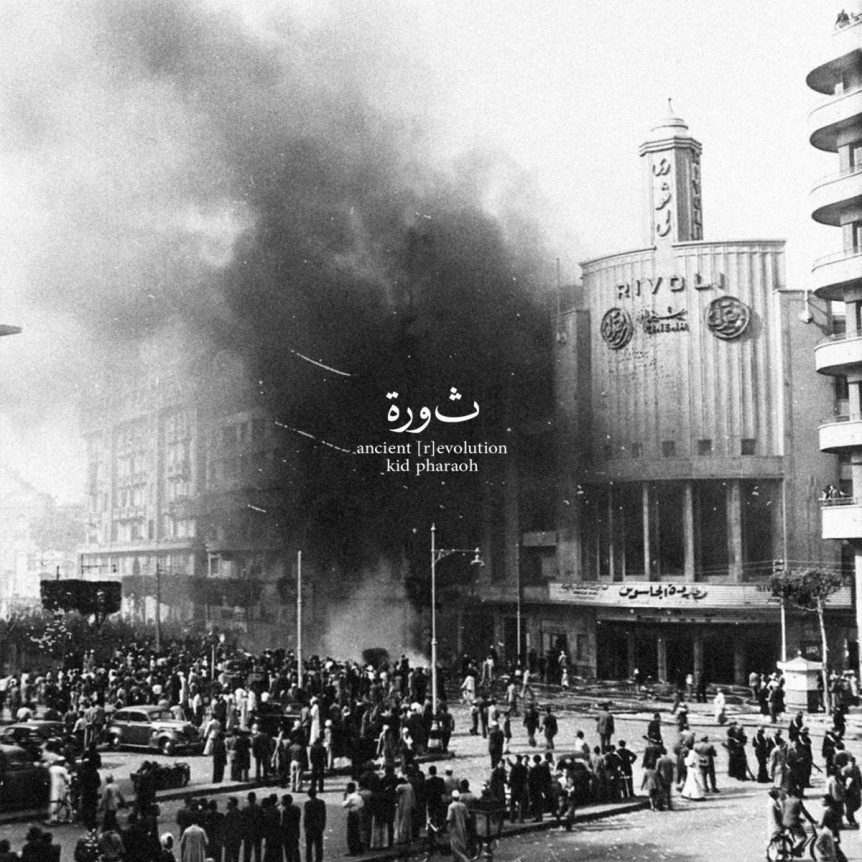 Written to serve as a reflection of the events of the 2011 Egyptian Revolution, the completely self produced project released with no label or industry backing is already is getting big love, with track 5 (The Times – Feat. Mick Jenkins & I AM D) being added to Spotify’s “Fresh Finds: Fire Emoji” playlist

The album varies in production from aggressive tracks to reflect the violent protests and demonstrations, e.g Flags & March:

“In the heart of the capital of the country on my back, in the land of the Pharaoh’s with the freedom under attack, only time you’ll see a tear is when police throwing the gas”

to tracks that are emotional and passionate in their delivery. Kid Pharaoh touches on multiple heavy and important themes. War, equality, the seemingly endless fight for the basic respect of your culture… He is shining light on a grim reality, and bringing things that aren’t spoken about enough to the surface

Ancient [R]evolution is a must listen album of 2017 for rrrrrrrrreal.

Check it out in full VIA Spotify below 💰