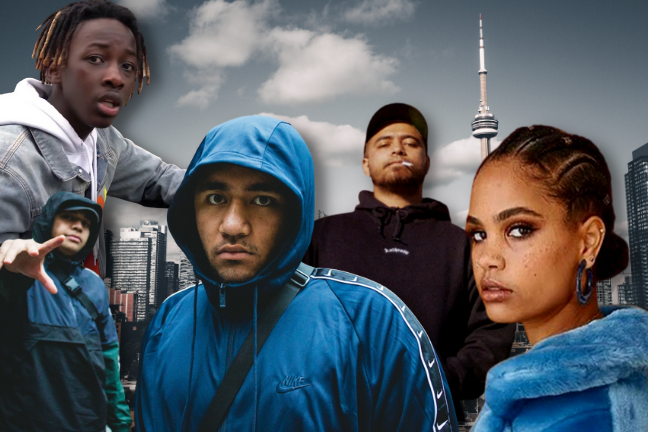 As Australia’s hip-hop scene begins to break globally in a major way, we felt it only right to show love to what’s going on across the ditch. While only a handful of artists from New Zealand have gone on to have extreme international success, Aotearoa has a boastful amount of bubbling talent just waiting for their inevitable shine. Here’s our list of artists from New Zealand you need to know rn. Be sure to let us know who your favourites are, and suggest anyone we might have missed…

Born in Zimbabwe and residing in Auckland since age four, Kid Rey has been grinding for a while; starting the recording process for his debut album when he was only 14 years old. His 2020 single ‘Pages’ is still ringing true, peaking at number nine on the New Zealand singles chart upon release. The melodic rap prodigy has been consistently releasing since 2019 and has gained global recognition from artists including Lil Skies and Rich the Kid. With a support slot for Tyga and festival appearances at Bay Dreams, Sound Splash and Listen In already under his belt, the sky is the limit for the kid.

Only three singles deep, the future for Zanderr Pierre looks extremely bright. He burst out the gate in 2021 quickly amassing a following off the back of his single ‘So Sick Of Love (SSOL)’ which has been streamed nearly half a million times online. While his latest release ‘Dubble A’ is more fast-paced and melodic, showcasing his ability across styles, Zanderr Pierre is leading the NZ resurgence of smooth and nostalgic R&B.

A former professional netballer from Auckland, Jess B went from the no-dribble sport to scoring goals in the booth for her effortless spitting. With two EPs in her catalogue and an MTV Europe Music Award for ‘Best New Zealand Act’, Jess B has been euro stepping her way into the international limelight. She’s been on songs with Saweetie and Doja Cat, co-signed by Zane Lowe, and played supports for Stormzy and Lil Simz. Jess B remains one of the first points of touch for anyone looking at NZ hip-hop.

Labelled as ‘New Zealander’s newest supergroup’, four-piece outfit Y$O are one project into a promising career after 2021’s ‘YOUNG AND $LEPT ON’. With a strong focus on arrangement and instrumentation, the collective made up of members Sam V, JARNA, Aidan Fine, and BrokeBoi Ace, blends R&B elements with hip-hop in a refreshing way as displayed in their most popular single ‘Cotton Candy’.

Emerging from Dunedin on New Zealand’s south island is the multi-talented rapper / producer Levine Lale. Having begun his career playing nightclub sets while still in high school, Lale gained local attention through regular Soundcloud and Youtube drops which catapulted him onto a stage at one of the country’s leading festivals in Rhythm & Alps. Now residing in Brisbane, Levine is signed as a producer to 4k outfit Imperial Collective and recently released solo single ‘Pray For Me Pt.1’ alongside his labelmates.

One of the more prominent names in NZ hip-hop is the duo Church & AP. Emerging from the country’s largest city Auckland, high school best friends Elijah Manu (Church) and Albert Purcell (AP) continually push sonic boundaries with their innovative and dynamic approach. Though they’ve gained the attention of publications and platforms across the world, these guys remain humble and true to their close family circles, active in local community work. Check out ‘Ready Or Not’ – a certified banger.

Chaii moved to New Zealand as an 8-year-old from Iran and became fluent in English by listening to hip-hop records. Firmly centered in the electronic dance / hip-hop crossover world, the accomplished writer, producer, director, and audio engineer has not only had her music featured on video games including FIFA and Tony Hawk Pro Skater, but has soundtracked a recent campaign for Fendi. Chances are you’ve heard her tunes even if you don’t realise.

Zimbabwean-born twin brothers Shingi and Muchi, now residing in East Auckland, accidentally stumbled across their musical talent while penning a diss-track towards a rival school back in 2012. After years of performances and experimentation, Eleven7Four dropped their first project together in 2019 entitled ‘1174’. Embedded in Kiwi skate culture, the duo has established a strong following internationally for their brand of bold, high-energy hip-hop. ‘Where It Hurts’, their collaboration with Taylor Parkx, written and recorded in New York, is a must listen.

Based in Hamilton, Rwandan-born rapper Raiza Biza has been a constant presence in the NZ scene since 2013, dropping multiple projects and singles and gaining attention across Australia, Europe, and Asia. Stylistically a fusion of hip-hop, funk, and jazz, with millions of streams on his resume, Biza is considered an OG amongst Afro-Kiwi artists, regularly running workshops and community gatherings to help develop other emerging talent across the islands.

Less than 6 months after his debut release ‘Trying’ arrived, young Aucklander Nelz has accumulated approximately 5 million streams online and scored a label deal with Melbourne-based Brotherhood Music. A mature songwriter with an innate knack for lusciously addictive melodies, Nelz is promising that he is a force to be reckoned with.

A true bar spitter of Cook Island / Maori origins, Lukan Raisey operates with penmanship beyond his years. Anointed by NZ hip-hop legend David Dallas as one of the most naturally flowing emcees he’s come across, the South Auckland-based artist has a sense of timing and a rhythmic pattern that adds a warm, nostalgic texture to his tales of home and heart. Though his earlier works were his most popular, new project ‘FREE GAME Vol.2’ is not to be missed.

A sharp ear for melodies that fit over anything from R&B and hip-hop to house and garage, Dunedin’s Matatia Lale is relatively unknown. For now. A laid-back, almost unconscious energy and vocal ability, Matatia has the potential to lead the innovative, next wave of NZ hip-hop. The younger brother of the aforementioned Levine, talent clearly tricked on down the family tree.

One of the biggest names in the game, no list is right without the inclusion of Melodownz. The West Aucklander has seen major success with international publication features and a major single alongside Denzel Curry. His new single with our own Lisi is one to suss. He talks about it in his recent interview with us below.

Listen to all the above artists in our brand new ‘ACROSS THE DITCH’ playlist now on Spotify.