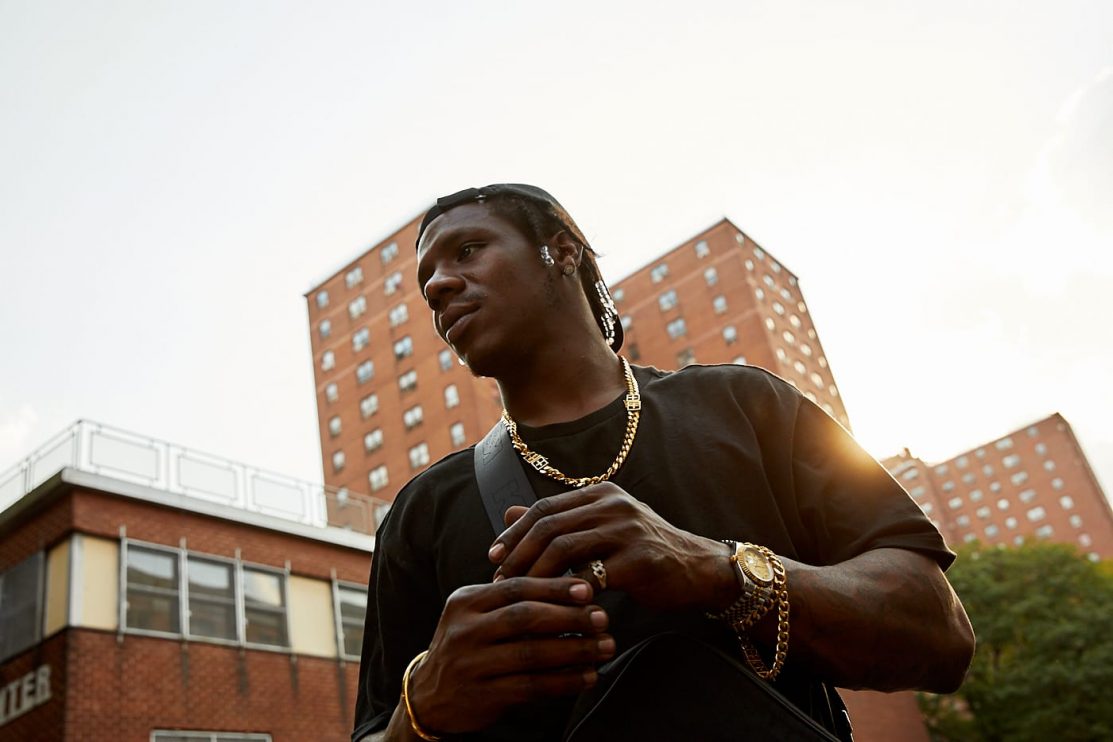 There are few collectives that have entwined the worlds of hip-hop and high fashion quite like New York’s A$AP Mob. With debonair swagger and a proclivity for innovation, the Harlem based fashion killers turned cultural trendsetters became household names over the past decade, inspiring a generation of creatives and igniting a thirst amongst hypebeasts across the globe. The latest in a run of notable moments from the mob comes via member A$AP TyY, who alongside the release of his new single ‘100 Rounds’ has been unveiled as the face of notorious Australian brand KSUBI.

“That record definitely comes off with a lotta aggression but it’s just more or less me being me,” states a nonchalant TyY perched on the front steps of an apartment block while on an exclusive chat with AUD’$, “Shouout to everyone who been supporting because I got a lotta dope things happening in the near future.”

A key proponent of ‘Bike Life Culture’, the music video sees A$AP TyY and associates riding through Manhatten on ATVs, caught up in a thrilling chase while sporting the 18 gold jewelry line launched with KSUBI.

“It’s dope…I been wearing Ksubi for like 10 years plus. I remember we was wearing these jeans backstage and put it on the forefront, being trendsetters… before anyone knew what it was. Shoutout to the whole team out there, they holding us down!”

Grateful for the opportunities that have been presented his way and yet hungry for pending future success, A$AP TyY is excited to talk about a forthcoming rollout that is destined to see his star rise towards the heights of fellow mob members A$AP Rocky and A$AP Ferg. With confirmation that A$AP members will be appearing on the album, the pending project seems set to maintain elements of the authentic, family mentality that helped elevate TyY’s profile through his swift appearances on the infamous ‘Cozy Tapes’ series.

“I‘ve got this album that I’m debuting in the next coming months. New material, new visuals, new sounds. No holds barred. Expect the unexpected, we got a lot of dope collaborations…”

Watch the full interview between Matthew Craig and A$AP TyY below via our YouTube channel where he talks about growing up in Harlem, his fashion collaborations, and lets us in on some details about his forthcoming album. Also catch him in a quick round of AUD’$ Rapid Fire describing his last meal, his first celebrity crush, and his thoughts about pineapple on pizza. Be sure to let us know if you’re vibing with the interview in the comments!