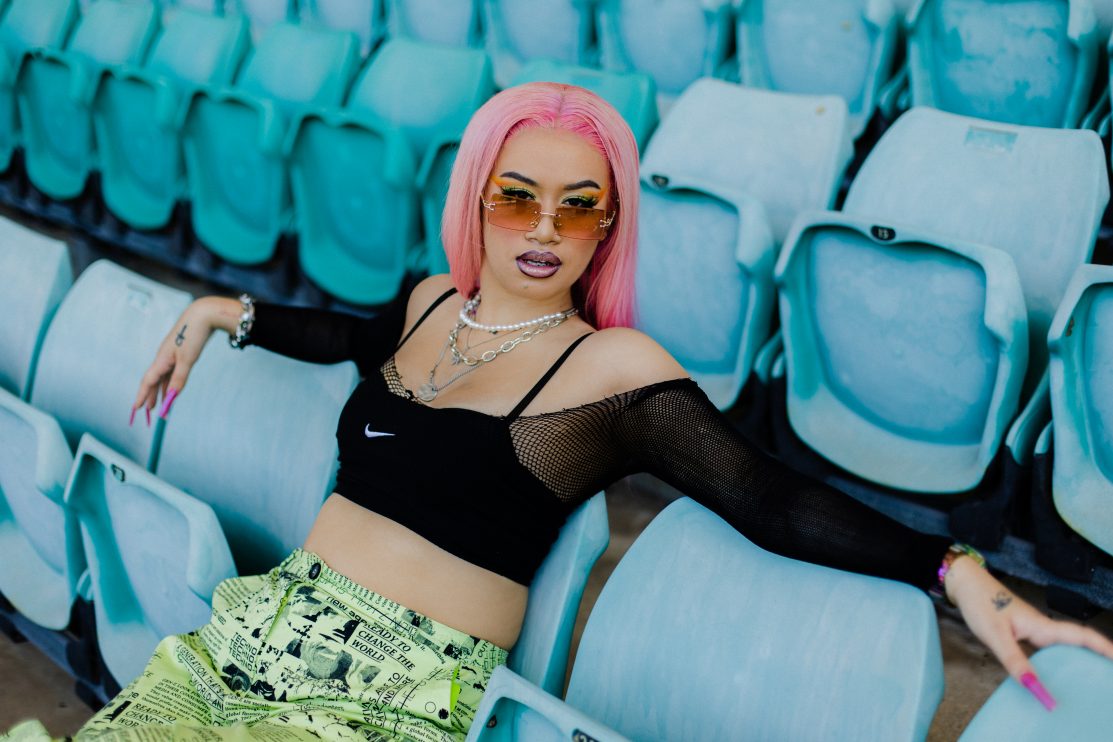 The name A.Girl has been on the tip of every tastemaker’s tongue in recent years, and rightfully so. She’s the shit.

Awarded ‘Next Big Thing’ at the 2019 FBi Awards, A.Girl is one of AU’s leading talents who has helped to cultivate Western Sydney into the dominating presence it is today. From recent local link-ups with the likes of Jaecy and Sydney Yungins to her melodic and charged-up Red Bull 64 Bars performance, her resume unapologetically celebrates the Area. SomehowtThe Maōri artist has only made her official entry to 2022 a few weeks back via the new single ‘Getting Older’; the latest addition to her larger streak of success. Produced by BeatsWithSheph, the music video purposefully features an all-female cast including close friend and collaborator, Slippn.

First uncovering her love for music when she performed reggae music in a band with her uncles, A.Girl didn’t start writing her own music until 17 when her interest in poetry turned into a passion for rap. Since her 2018 debut with ‘2142’, she’s fervently pushed back on industry expectations and demonstrated “[her] lane is doing whatever the fuck I want to do. [Her] lane is versatility.”

Her choices alone for Triple J’s ‘Like A Version’ – including Michael Jackson, Lauryn Hill, Bob Marley, and of course, Stevie Wonder and his ‘Higher Ground’ record she performed – showcased her supreme confidence and limitless artistry. Whether it’s soul, pop, hip-hop, R&B, or reggae, A.Girl isn’t looking to tick or submit to any boxes in the male-dominated industry. It’s the daily affirmation “of telling yourself you’re the shit and no one can tell you otherwise” that helps her reject conformity.

“One of my favourite artists in AUS right now is Mason Dane, and I think he’s one of the greatest examples of an artist being able to just do whatever it is the fuck they want to do because talent just oozes out of them and there’s no reason for us to be like, but what box does he fit in?”

Sharing this sentiment with Dane and other peers, A.Girl’s most recent track, ‘Never Miss A Beat’, is a heavy-hitting collaboration with the Chasing Home artist, Reyanna Maria, and Day1. Fourth months in, and 2022 has been A.Girl’s moment every step of the way. Confirming a debut EP on the way this year as well as more singles and accompanying visuals, A.Girl’s taste for touring after supporting Chillinit on his One Night Only Tour has her already eager for her own headline shows.

“I have not seen a fan-base like that in my life. Some fans are discovering me for the first time but the fact that Chill has put that stamp of approval on me and the fact that his fanbase is so loyal they’ve already accepted me as an artist worth listening to.”

Watch the full interview between Matthew Craig and A.Girl below as she talks about touring with Chillinit, her latest single ‘Getting Older’, and backing herself in a male-dominated industry, Also, catch her in a quick round of AUD’$ Rapid Fire answering her dream holiday destination, first-ever celebrity crush and what she’d pick as her last meal. Be sure to let us know if you’re vibing with the interview!