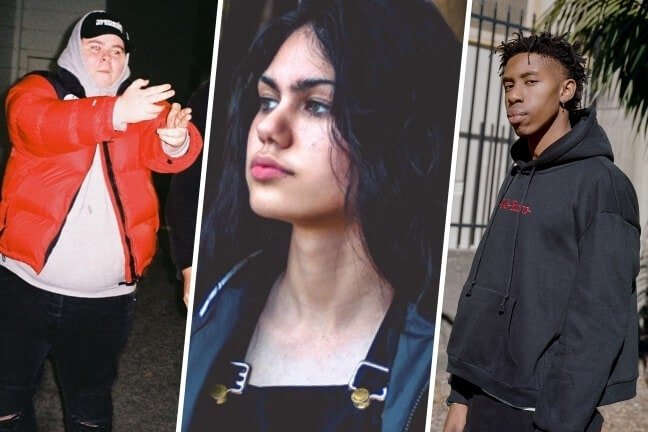 Bloodjuice is a killer new platform covering Sydney based hip-hop, events, culture via their own uploads and a bunch of cool BTS footage. We caught up with founder Ryan Ridley to see which NSW based artists he’s expecting a massive year from in 2021.

SAHXL
“At only 17 he’s got a song with The Kid Laroi, been in the studio with One Four, Youngn Lipz and more. With his musical inspiration being Bryson Tiller there’s a certain tone in his voice that just can’t be replaced. He’s got the looks, soft voice, melodies and can even dance; it won’t be long before girls are all over this guy.”

BLESSED
“From a producer to a song writer and to a vocalist, there isn’t much that Blessed can’t do. When I show his music to people I often describe him as a mix of Nirvana and Kid Cudi. The more I listen to him the more I hear his own unique sound I cant even put a finger on. The melodies, the lyrics, the beats, all of it just makes him my personal favourite from Aus.”

BILLY MAREE
“Billy has this cadence on a track that’s impossible to ignore. Her first music video reached 10K views in less than 3 weeks. She showed her smooth silky vocal tone with melodies inspired from the music era of mid 90s – early 2000s RnB. It’s only a matter of time before her name is international. I got a good feeling it might be this year too!”

ASM KEENO
“Keeno is only 14 yet he can jump on just about any beat you give him. He can spit bars on hard drill or can easily give you a late night romantic cut. This dude has some of the biggest potential in the NSW scene… did I mention he’s 14!?!?”

GRUNDY
“From the quiet areas of Nelson Bay, Grundy’s been inspired by the likes of Lil Mosey and Lil Yachty. Yet he’s not afraid to challenge his boundaries with some of his unreleased music having a heavy pop rock influence. Latest drop ‘Stranger’ is a taste of what we can expect from him.”

FURZS
“Furzs has been rapping for over a decade and has worked with none other than ChillinIT. Despite being quiet over the last couple of years, he dropped two freestyles on Spitting Blood in 2019 that have both racked up serious views. The pain in his voice, his flow and lyricism all put him as one of the best underdog rappers not just from NSW, but all of Aus.”

MASON DANE
“A producer behind Hooligan Hefs, an incredible singer, and talented songwriter; Mason has a refined skill and sound very few get to find in their entire career yet alone at such a young age. Vocally he has a versatility that lets him hop on anything from trap to R&B and bring out a unique emotional cadence for listeners to appreciate.”