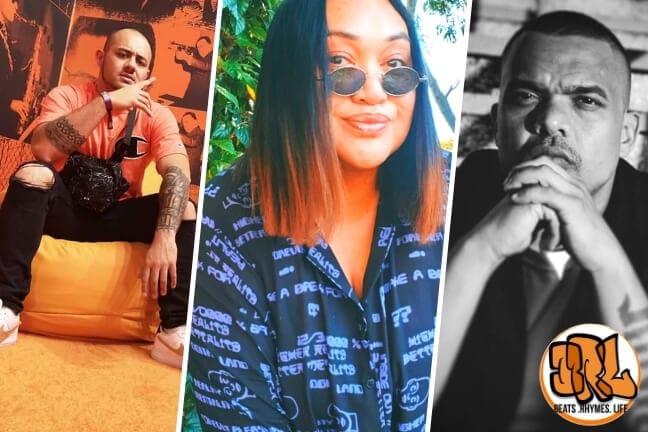 With so much material dropping rapidly in the big cities it’s easy to get caught up in our own bubbles of Sydney, Melbourne and Brisbane and to miss a lot of what’s happening out West! So we thought we’d check in with a local expert for a quick wrap up of what’s been happening across the Simpson.

Beats, Rhymes and Life is a staple of the Perth hip-hop community. Active on air for nearly 8 years promoting the best from the 6k, they’ve levelled up in 2020 and joined the Community Radio Network which now sees the program serviced to over 20 stations right across Australia.

Having interviewed names including Royce Da 5’9, Brother Ali and Hilltop Hoods across the journey, host Gavin Crossley has seen some of the best in the business and so gave us a quick list of names we need to be watching out for from WA.

A Polynesian mother and a rhymer with a mix of soul and sass. Hyclass recently got her break with song “Queen” a feminist anthem gaining her acclaim from street press and community radio. Go check her “I Need U” EP full of 90’s Boom Bap vibes.

Only 20 years old, Greesy is a bar machine from east of Perth. Emerged a couple of years ago and has been building a solid library of tunes. Gritty rhymes. One to watch.

A couple of scene veterans coming into their own this year. Rapper & Producer combo, these two just dropped a great EP called “Tuna” and a single which may be my favourite Aussie song of the year in “Stereo”. 2021 promises to be an even bigger year for the boys from Freo.

Young Indigenous emcee with a super hungry work ethic. Jamahl Ryder has been nominated for awards in West Aus and already has an album under his belt. Someone who the east coast needs to catch onto quickly! New single “Set It Off” is one to check out!

One of the most talented people in Australian Hip-Hop, Cortext is a guy who has been around for a minute and has paid his dues in the Aus scene. A top tier producer, dope emcee and filmmaker – self taught at all three. Writes and records off the dome, was a heavyweight in the battle scene at its’ peak. Should be much bigger than he is.

An emerging spitter, but one who is notoriously smooth with it, delivering nice laid back flows. Jose Hafltime has been around for a few years in the Perth scene and has started making some waves and getting some looks from the Eastern states. Watch him grow quickly in 2021.