TRAVIS SCOTT: HOW ONE MAN CACTUS-JACKED THE SNEAKER INDUSTRY 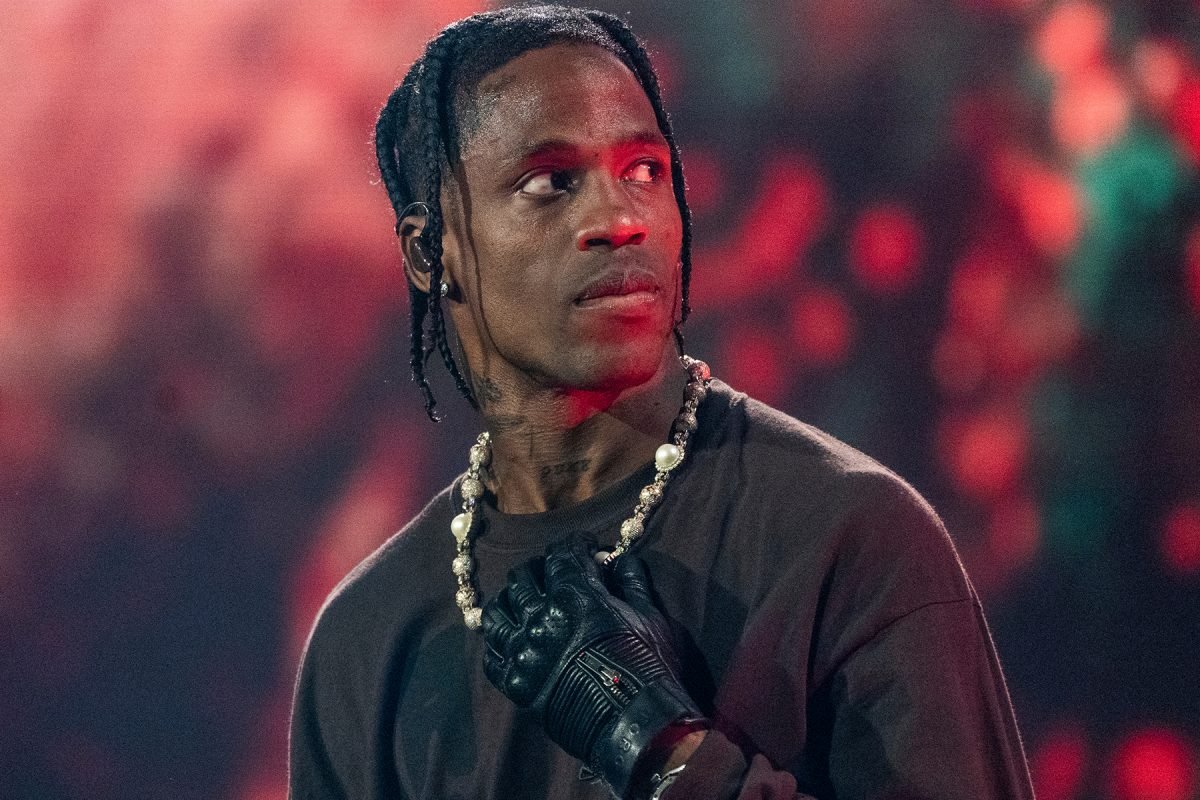 In a world of sneaker innovation, the Houston rapper has found value in repetition.

The shoe – which retails for around $220 – sold out instantly, and nearly as quickly they hit reselling websites such as StockX and GOAT, listed over ten times the initial price.

For sneakerheads, none of this is surprising, with the Houston rappers’ sneaker collaborations historically being some of the most unattainable shoes since he teamed up with Nike back in 2017.

Since then, Scott has released over 20 different shoes with Nike and Jordan brand, ranging from some of the worlds most well-known models, to some that are better left unmentioned.

Over the course of the last five years, Cactus Jack has become a staple of the sneaker industry, the backwards Nike tick a calling card that even the most diehard sneakerheads get excited about, becoming arguably the biggest name in the rap x sneaker landscape.

This ascent did not come without its challenges, chief among them the horrendous Astroworld incident, with ten people passing away due to a stampede at the festival in November 2021.

This tragedy saw the relationship between Scott and Nike briefly put on hold, before returning in May of this year with two colourways of the ‘Nike Air Trainer 1’.

While not the most successful of the collaborations, it laid the groundwork for his next batch of releases, the most recent of which saw over one million entries to the release on his website.

With many calling the ‘Reverse Mocha’ one of the best shoes of the year, and another colour-way of the shoe rumoured for late 2022, Scott has once again shown that in recent times that the sneaker industry has pushed innovation – from foam runners to hiking shoes – there is still success to be had in recycling the classics.

Of course, Scott’s Nike collaboration didn’t become one of the pinnacles of the sneaker industry overnight, with a tonne of development and a significant portion of luck going in to the Cactus Jack behemoth we now see.

While the Nike shoe models were hits, the true evolution of the partnership came in 2018, when Scott partnered with Nike-associated Jordan brand, dropping the  ‘Air Jordan IV Cactus Jack’.

This was an immediate hit, selling out in seconds and landing on multiple ‘Best of’ end of year lists.

While Scott followed a long line of rappers and musician to link up with the Jump man, Scott achieved what Eminem, DJ Khaled and Macklemore could not, creating a launch pad to an entire dynasty of collaborations.

After the iconic blue pair, Scott followed this up with a purple and and olive version of the fours, a second Air Force, before the holy grail, his very own reverse tick Jordan One model in 2019. For months, feeds were littered with fit pics featuring the chocolate and white shoes, a true hypebeasts dream.

As much as his shoes were a force in their own right, the Jordan collaborations were also no doubted buoyed by the release of the ESPN documentary the ‘The Last Dance’, which detailed the final season of the Chicago Bulls 1990’s dynasty.

Many in the sneaker industry cite this documentary as a tipping point for Jordan’s, with the hype around the show skyrocketing both popularity and prices of anything to do with the player many consider to be the GOAT.

Per Limited Run, in the four months before the release of the documentary in 2020, pairs of the ‘Jordan 1 Chicago’ were selling for an average of US$925 on resale website StockX. In the two weeks following the release, that average price spiked to US$1,241, with StockX selling nearly four times as many pairs.

The Scott collaborations may not be an ‘OG’ colourway, but they are to this day some of the most sought after pairs of Jordans, predominantly the ‘Fragment x Travis Scott Jordan 1 High OG’, for which a new size 12 would put you back a cool $5,098.

But Scott also learnt to move with the trends as much as creating them, which in early 2020 meant hopping on the ‘SB Dunk’ craze, releasing his very own ‘SB Dunk Low’. In keeping with the themes of the majority of his shoes, these were Dunks that looked like they could’ve come straight out of a cowboy saloon.

The shoes combined two of the sneaker world’s favourite hot topics – La Flame and ‘Dunks’ – and they predictably became almost unattainable, worth $3,556 as of writing.

However, despite becoming somewhat of an institution, it’s hard not to wonder where Scott and Nike will go next, and what steps they will take to avoid becoming stale.

For as much success as he’s had, the 31-year-old is yet to have a shoe that is fully and completely his, with his partnership at times leaning on the heavy lifting of Nike and Jordan’s most popular models, with some added cactus spice.

He’s had ‘Air Forces’, ‘Air Maxes’, ‘SB Dunks’, all manner of Jordans, essentially complete access to Phil Knight’s back catalogue. But with the hits also come the misses, such as the previously mentioned ‘Air Trainers’, or an ill-conceived pair of performance basketball shoes in the ‘Jordan 33’s’.

It takes a lot for sneaker fans to feel burnt out with ‘Jordan One’s’, but it’s not impossible, and if this happens it will take more than desert colour-ways on eclectic forgotten Nike shoes to right the ship.

Kanye got to make Yeezy’s, Pharrell had the HU line with Adidas, when will Travis Scott get the chance to build a shoe from the ground up? Will he even want to?

Alternatively, he could also employ a different tactic, and bring his signature Cactus Jack flair to another brand, the way Tyler the Creator’s GOLF WANG brand cycled through Vans and  Converse, or Kanye’s various works with Nike, Adidas, BAPE and Louis Vuitton.

He has already begun this path, dropping a capsule with Dior in July that included multiple colour-ways of the ‘Cactus Jack x DIOR B713 Sneakers’. The shoes are the latest in the trend of high fashion co-opting sneaker culture, most notable this year with the ‘Nike Air Force Ones’ made in collaboration with Louis Vuitton and Off-White.

Scott currently sits atop the throne of sneaker culture, but as has been made true time and time again, once you reach the peak there’s nowhere to go but down. Can Travis Scott maintain his hold on the world of footwear, staying ever relevant like Kanye and his 45 releases every year?

Or will his concrete sticking to theme anchor his style in time, in the same way that Drake’s OVO Jordan line is a remnant of the early 2010s.

Will he even want to keep making more shoes? Only time will tell, but if every Cactus Jack release continues to gather as much hype as their most recent offerings, rest assured that Nike will be releasing backwards tick Nikes until we’re all entering raffles for orthopaedics.

*All prices via StockX as of July 20th, in AUD unless noted otherwise*