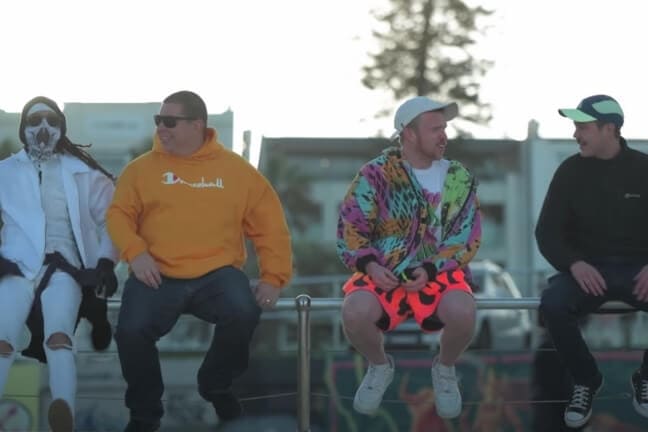 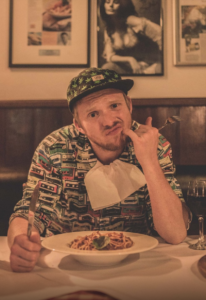 As the face of Australian Hip-Hop continues to change as we enter a new decade, the legacy of some of the country’s hip-hop institutions remains stronger than ever. As co-founder of Big Village Records, a member of Daily Meds, Sketch The Rhyme and more, Sydney emcee P.Smurf has been a pivotal part of that legacy. Today however, he adds to his extensive catalogue with the release of a clip for new single ‘The Jump Off’.

Charismatic as ever, the Scratches Records founder comes through with bright visuals along Bondi beach, featuring shoutouts of break dancing and graffiti as a nod to his long standing in the local hip-hop scene. Since his early days Smurf has been regarded as one the country’s premier exponents of the art of the rap. Meticulous double times, complex rhyme schemes, multisyllabic patterns all sit comfortably in his arsenal, and he leaves no stone unturned on his latest offering.

It’s how he blends the elements old-school art of rap; the call & response “Breathe In, Breathe Out” refrain, sunny production from veteran UK producer Chris Munky, with modern triplet flows and varied cadences, that will leave listeners confident Smurf has got more than enough left in the tank for years to come.

While we’re lockdown under heavier conditions in the 3K, P.Smurf and Chris Munky have announced a single launch show at The Landsdowne Hotel for August 29 which will feature another AUD’$ fav in Jannah Beth.

Get your tickets here, check out ‘THE JUMP OFF’ exclusively below and be following P.Smurf and @audollars on the gram ????