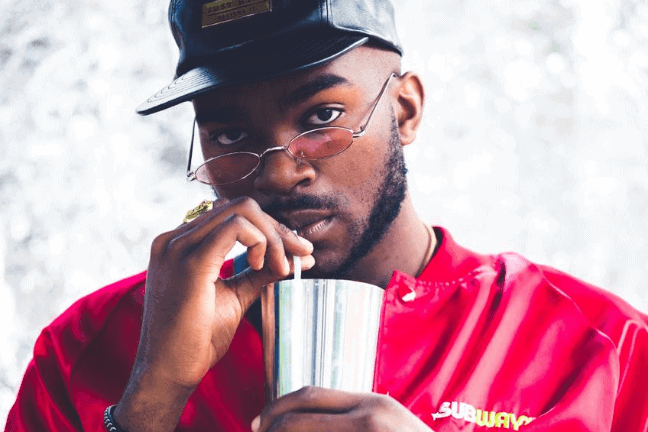 Since stepping foot in Australia for the first time only a few months ago, FELIX THE GREAT has ensured his arrival would not go unnoticed. Drenched in faux fur coats, flashy accessories, and bold statements, he’s become a regular at Melbourne’s booming nightspots before even playing a show or releasing a single himself. Well today that all changes as we exclusively bring you “The Zone” on AUD’$.

‘The Zone’ is a step into the brooding mind of FELIX THE GREAT (Felix Mpunga), combining the vulnerability and lush falsetto vocals infamous in the early work of The Weeknd, with the dark synths and moody 808’s familiar with listeners of Travis Scott or SAINt JHN. In just under 3 and a half minutes, the Zimbabwean born talent makes a distinct entrance to local listeners. No rudimentary triplet flows, instead shrieking guitars and fierce tom drums form a brutal backdrop to an ultimately mellow and introspective journey.

It is clear. FELIX THE GREAT has arrived and we’re all bearing witness to something unique. A fiercely independent creative, FELIX is self produced, self engineered and self released through his own label WORLDWIDE FLEX ENTERTAINMENT.

“The song is a statement about being self-made. About not making excuses. And pushing my dreams further…”

Having previously topped the iTunes charts in NZ before making the trip across the ditch, as well as attracting some attention from outlets abroad in the UK and USA, FELIX has already created waves early in his career, and ‘The Zone’ is set to launch him into conversations about the best emerging acts from south of the equator.

You can catch FELIX THE GREAT at Palace Thursdays in Melbourne next week for his debut Australian performance, while ‘The Zone’ is out officially in all digital stores tomorrow.