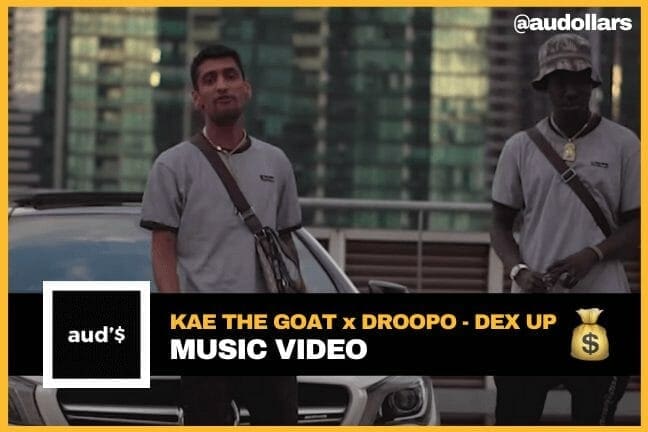 After a string of Soundcloud street hits (inc. Straight To The Bank ????), a run of strong features (inc. Block Hotter ????) and a reputation as one of Melbourne most hype live shows, rappers Kae The GOAT and Droopo have linked up with independent label R.E.A.L Music, joining a roster alongside Juñor, Midas.Gold and Z. Lewis, with the label announcing the signing in a facebook post earlier this week.

The news comes alongside the official video release of their till-now Audiomack-only anthem “DEX UP” as well as its’ addition to streaming platforms.

Having built reputations out of Melbourne’s South-East crew GREMLNS, and both laying show stealing verses in the AUD’$ Vault Cyphers, the dynamic spitters link-up with R.E.A.L is sure to take them to new heights with the announcement of a pending collab EP titled “Locked In” due this May.

Check out the video & single below on Spotify or Apple and try catch them supporting Yung Gravy on his Australian tour this weekend in Melbourne at both over 18s and an All Ages show.