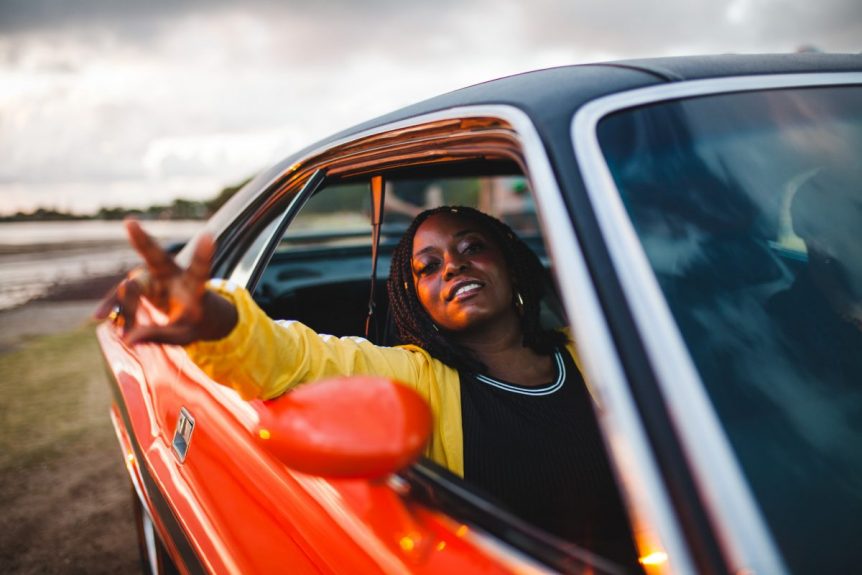 Blaq Carrie’s “Sendereka” feat. Kwasi (WVS) was created during an APRA AMCOS SongHubs session in Melbourne via production by Lewis Cancut, to be later brought to life in Redcliffe, QLD due to the masterful direction of Grace Julia (Musemaker). The opening scene brings an almost Quentin Tarantino classic appeal with it’s vintage yellow headings and that badass old, king-of-the-road Challenger, only to exceed all expectations and explode into a string of polished & powerful dance sequences.

You can also check out the awesome behind the scenes video on Vimeo, which features another new tune from BC, “Cairns“. Words from the Director, Grace Julia

“After producing 2017’s video for Lemme Ride, it was a pleasure to work with Blaq Carrie again on “Sendereka“. The song features Kwasi, who flew up from Melbourne for the music video, which we shot on location in Redcliffe, Queensland. This video has a lot of importance for me because it is, in fact, my MVC directorial debut. I have been producing since before I graduated from film school, and after winning Best Live Action Short for Adele at Sydney film festival last year I thought it was time to focus my energy and challenge myself to create something, and in collaboration with an amazing team I think we’ve achieved a really unique aesthetic. I was going for an beachy LA vibe, whilst still being uniquely Australian and celebrating our stunning landscapes. My fingers are crossed in the hopes that it is well received by audiences!”