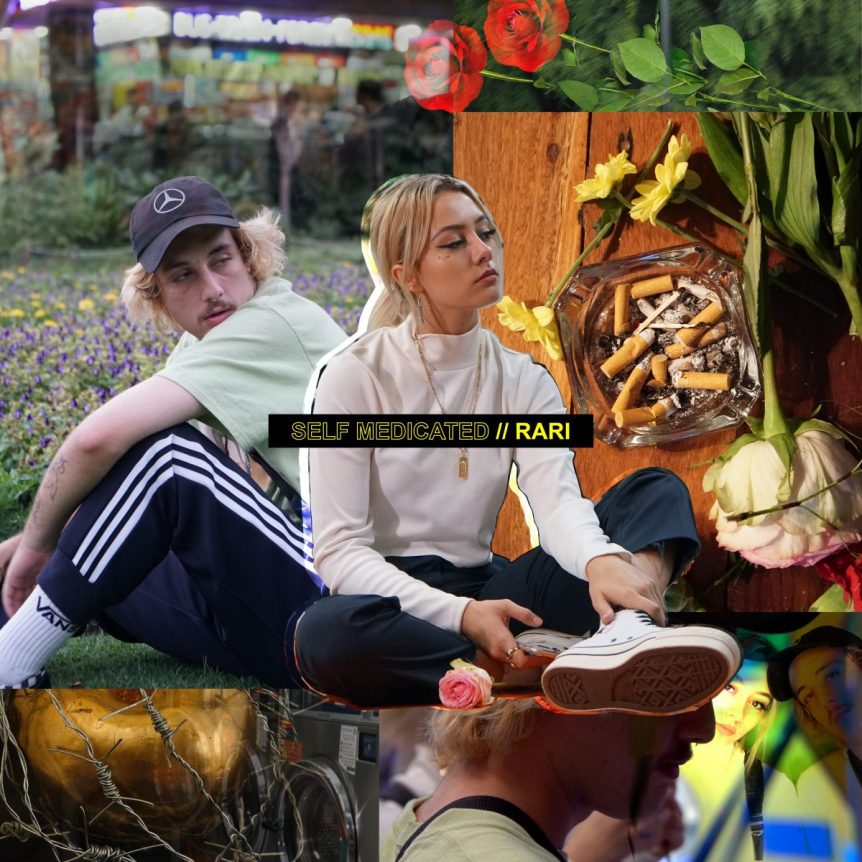 Having already blown audiences away with his two prior releases (soul ballad  “FOR YOU” and blistering rap offering “ANOTHER DOSE” – exclusively premiered on AUD’$), here we see more of the creative arsenal of RARI with “SELF MEDICATED”.

It’s a sultry, soulful, funk-influenced record that’ll have everyone from fans of Anderson.Paak to Winston Surfshirt up and moving, with a video accompaniment by Marxet that’s sharper than a Samurai blade.

Now into the second half of 2018, RARI is showing his true intent to be regarded as one of the most diverse young artists coming out of BNE. “Self Medicated” is heavy with mature, poetic lyricism that lays juxtaposed against youthful, destructive tendencies. It’s the expression of duality that we’ve seen before in his work but put through a new creative channel – and it’s a total breath of fresh air.As for the visual, Marxet storms across your screen with Cole Bennett-esque flair and execution in both direction & production, proving again that young Australian cinematographers are an absolute force to be reckoned with.

With more live shows towards year’s end, and a ridiculously sized archive of songs in the bank, it’s exciting to think of how big RARI‘s star can grow. This is his first commercial release on all stores, and you can find the single everywhere from the June 29th. For now, catch the video exclusively below on AUD’$.

???? RARI – "Self Medicated" [Music Video] AUD'$ Exclusive Premiere ????RARI return's with ????A soulful, funk-influenced record – with mature, poetic lyricism that lays juxtaposed against youthful, destructive tendencies. The evolution of Rari is happening right before our eyes, with wild visuals included – and it's a total breath of fresh air.???? – Marxet???? Like >> AUD'$ << for more ca$h Australian content