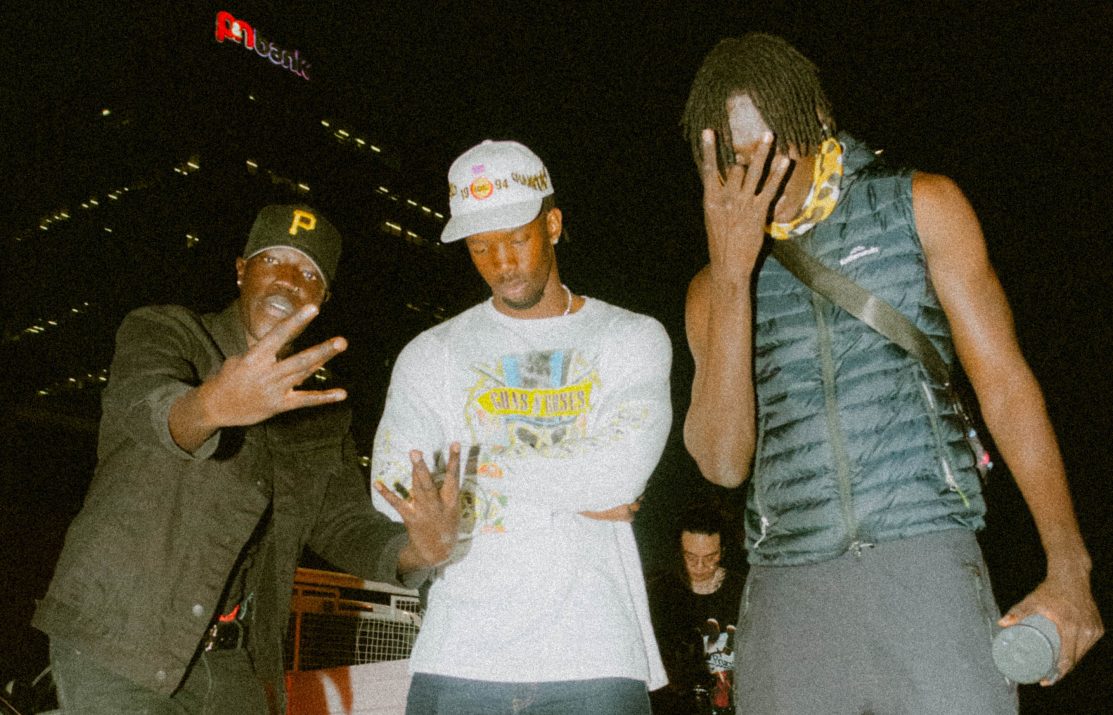 After announcing their debut mixtape following Jay Swi$h’s welcoming to Swish Music on ‘CARGO’, the Ipswich-based collective have returned with another trap offering. ‘WHO’ pairs TMB The Driver and Perry P’s melodic bravado with Dau Dau’s recognisably relentless bars over the thumping production of Goldgrain.

Since exploding onto the scene in 2020 with ‘Showtime’ and its subsequent remix featuring Nerve and Hoodzy, Swish Music have continued to champion the Afro-Aussie talent in their 12-member group. Travelling to Australia’s most isolated city, ‘WHO’ flexes their fast work rate as Dau Dau highlights in his verse – “Kick in the door just to get in the stu.”

“We linked up with Perry P through a mutual friend who came together unplanned. We were listening to YouTube beats and Perry played the beat for ‘WHO’ –  Boom! We started freestyling, I don’t think any of us wrote their lyrics and we got the song recorded that day. Turned out fire so we had to shoot the music video two days later before the boys went back to Brisbane.”

The music video is edited by Lawson Cross and serves as the group’s third single for 2022. Check out the early premiere of ‘WHO’ exclusively below and standby as Swish Music steamroll into their hotly anticipated debut mixtape AA Lil Sum, set for release June 10.