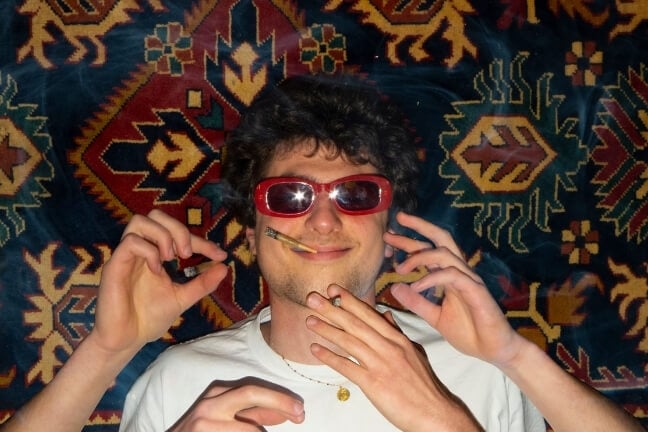 When Melbourne creative DoloRRes first appeared on our radar earlier this year via his debut music video “Fluffy Dice” we were fixated. Charismatic, clever and down right hilarious; it was evident we had a new artist on our hands with a unique tongue-in-cheek formula. This week he’s back with another humorous, but none the less brilliant offering in “IQ” premiered exclusively via AUD’$.

Recorded during a house party at DoloRRes‘ place the same night he and collaborator Muka Vhatti first met (you can even hear ambient noise in the background at the intro), with an additional feature from fellow 3K act Savage The Girl, “IQ” is a wavy, weed-laced, auto-tuned chiller inspired by the likes of Gorillaz and Black Eyed Peas.

“It’s a song about apathetic relationships and the use of sex and drugs to try and enhance said relationships…” he states.

We don’t know what’s next for this guy wildly out of left-field, but we’re intrigued enough to stay along for the journey. Keep a lock on his socials via @dolorres as “IQ” drops publicly tomorrow.