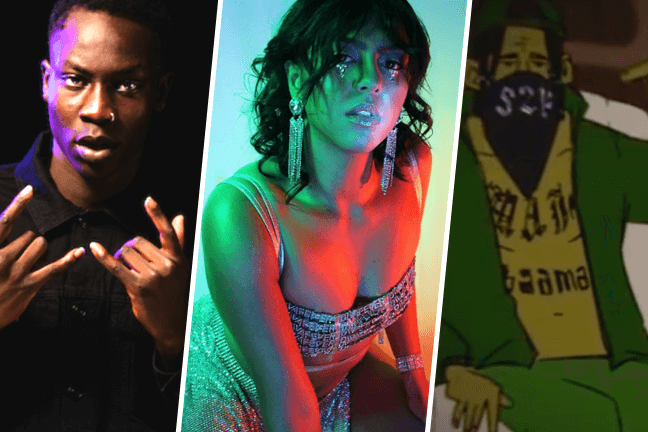 Every week we round up some of the best VIDEOS that have been released lately in our Youtube playlist  – ALL worth you checking out. We’ve got another incredible collection from across the entire AU this week.
Be sure to follow us here????

Currently incarcerated Sydney emcee Snoee Badman brings a unique style, vernacular and presence to the booming Aus Drill scene. His new project #3badman with producer Utility is a chilling look behind the scenes of life on the inside, full of raw, honest tales rapped over the phone. Check out the latest instalment in the project’s visual offering, cleverly combining crisp animation with Google Maps imagery.

The collab Australia has been waiting for. Ever since he linked with Grade A, a track between The Kid Laroi and the enigmatic Juice WRLD had been anticipated. Recorded on Laroi’s birthday last year prior to Juice’s passing, Go hears the two combine melodically on a track that now has more meaning than ever. The vulnerability shown in scenes will leave a lump in any viewer’s throat. RIP.

66 Records rapper BBG Smokey brings a complex mindset of pain, anger and despair on new release “Guidance”. The African-Australian artist’s pending transition from his current state of incarceration to dreams of a brighter tomorrow are told in a story of hope of escaping the street life via Melbourne video director TMC.

Emerging West Melbourne R&B queen PANIA returns with new single ICYY complete with a glitchy special effects visual and her own Instagram filter. Here she reflects on her personal and social state, attempting to find her place in a rapidly evolving world. Vocal capabilities that will have you digging deeper into her small yet impressive catalogue.

Aus Rap OG Greeley is back in his own unique, tongue-in-cheek manner on new single ‘Big Greelz’. No stranger to the limelight or the comedy circuit, Greeley proves once again that he is more than happy poking fun at himself while still maintaining rap abilities amongst the country’s top tier. The proud Tasmanian makes a statement here that has us hungry for more.