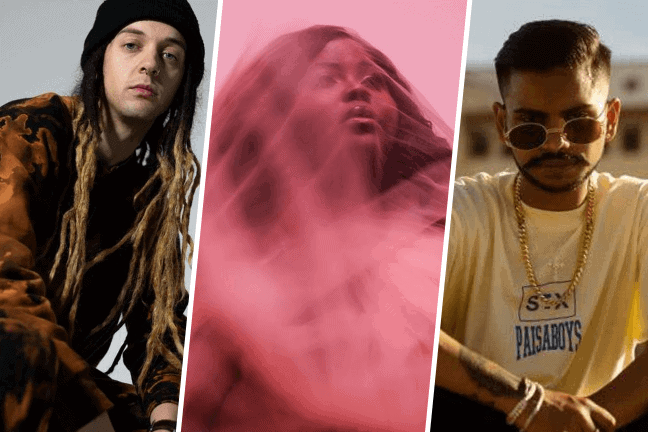 From coast to coast we’ve got some of the best videos that have dropped from the AU recently. R&B, Trap, Drill, from all corners of the country, artists are continuing to bring the heat along with top quality visuals. Make sure to follow our Youtube playlist to keep up to date and be letting us know which clips you’re most into via our socials ????

Coming through with an unrelenting flow is Perth’s Figuero Jones who delivers bar after bar on new cut My Jiggas supported by a tightly edited Sonder Films video . With Gunna-eqsue production from producer Castlemaine that switches between fast paced trap and a minimal 808 driven beat Figuero Jones’ latest release off of his 2020 album BAND$DEMIC is a surefire banger to blast on repeat.

Melbourne recording artist and mogul Juñor has returned to officially releasing after a long hiatus and has packed a punch with an auto-tuned masterpiece as his first release for 2020. In a cross generational link-up, the R.E.A.L Music founder delivers melodic bars over a beat produced by none other than the iconic Australian drummer and producer Plutonic Lab. Dark colour schemes lace a mobbed out Kitchen Wizards clip with a feature verse from Chicago rapper Brian Fresco and a host of cameos from Melbourne hip-hop talent, Woke Up is a track which represents not only the growth of Australia’s scene but its international potential.

Sydney Yungins reflect on their tale of success, graduating from humble beginnings on their new track Pull Up. Confronting lyricism about loyalty and dedication lace a steelpan inspired instrumental and melodic hook; highlighting the continued nuance and refreshing sound that marks Sydney Yungins unique presence in the AU scene. Hood scenes and motorbikes are the focal points of the Triple Eight Films music video which is all about the gang.

Thando‘s ambient R&B track Naked is a honest piece filled with class and sexiness. The Zimbabwean born and Melbourne based singer-songwriter serves up powerful yet delicate vocals accompanied by soulful production delivering a message of vulnerability and openness. A raw, yet fun lyric video filled with a host of her friends and associates further emphasises the transparency of the piece;  “Let me expose you. No, not just your body, let me get to know you” – for Thando it’s more than just skin deep.

At only 14 years of age, ASM are a young crew with a bright future. The latest clip ENDS is shot by Covered Flaws and hosted by emerging Sydney platform Bloodjuice and demonstrates the trio holding down their area with style.  With three unique verses, and a hard hitting hook, ASM‘s vocal diversity is refreshing and their punchlines are well beyond their years. Keep an eye on these cats, we anticipate a fast rise to come.

Nate G‘s latest track FLOORING is a barrage of bars that’ll have you hyped from beginning to end. Although relatively new to the scene, the Indigenous rapper has already cut through with a viciousness and flow paving his own lane in the scene. Impeccable rhyming schemes, quick-witted punchlines, the Sydney emcee is one to look out for following this nature laced video shot and edited by FEVER media.