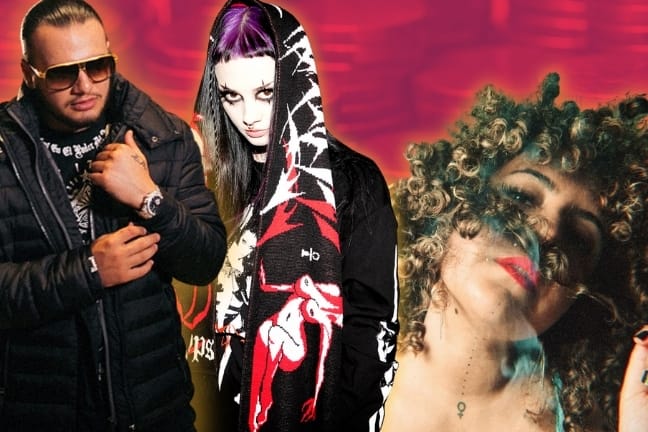 Week 41 of our New Hip-Hop Videos From Aus wrap has arrived; bringing you the latest and best videos from across the AU. Don’t miss out! Subscribe to our channel to be first with all the newest visuals to drop. Which ones are you feeling? Jump in our comments with your favs!

Chillinit marks the beginning of a new chapter with ‘Susan’s Son’, the lead single to his forthcoming third album, Family Ties. The Sydney artist released his aptly-titled debut album Women, Weed & Wordplay in 2018 and quickly became one of Australia’s biggest rappers but before the 420 Family, he was Susan’s son. Produced by Badrapper and Bbrock, Chillinit honours his family and showcases his artistic and emotional growth over the soulful golden era hip-hop instrumental. The official visuals from Last Addition capture the special family moment behind the track as he surprises his mother with a cheque for $100,000. While he maintains his entertaining lyricism, now matured through new sonics and sincere songwriting, the anticipation for his third album continues to rise.

NARDEAN – THE COME DOWN (FT. FEDI)
(Directed by Matt Wilson)

Among the array of Western Sydney artists pushing the scene’s sonic boundaries, Nardean makes her debut for Elefant Traks with mesmerizing new single ‘The Come Down’ featuring Fedi. The Matt Wilson-directed music video begins with a poem about the East Asian belief of the Red Thread of Fate that draws one to their destined true love. Breaking her metaphorical red cord and blurring the lines between R&B, hip-hop and electronic, Nardean’s hypnotic vocals glide over the warping synths, electric guitars and bass-heavy production from Mookhi. Melbourne-based artist Fedi also offers his own introspection as ‘The Come Down’ culminates into the final chorus.

Merrylands artist Ay Huncho heads to the country for his new music video ‘My Blood’, released via Biordi Music. Executively produced by Lowkee, the latest single features a Boss Beats and Perish Beats instrumental loaded up with melodic guitar strings, drill drums and Huncho’s ever-energetic ad libs. The Lebanese-Australian rapper trials a range of flows on his fourth single of the year as he sings of the trap life in his signature autotuned vocals. For the track’s music video, Skylake Media move the city boy and the crew to the country for some motorsport visuals in regional NSW.

GG-funk meets gutter rap in The 046 and Nter‘s new link-up ‘We Ain’t The Same’. DJ Sefru facilitates the two generations of emcees through his production pairing of the diverse and establishing sound of Sydney with the classic west coast sound of the US from its 80s funk bass line and golden era hip-hop drums. The single is their fourth for 2021 and receives a big co-sign from Nter who delivers his first feature of the year. Collaborations come from on all ends with Domcben Films and Chris Dahmen providing the VHS inspired visuals of the duo performing and linking up with the “gutter rap general” that Nter self-proclaims in his opening bar.

Zheani rages at the abuse within the music industry in her first solo single of 2021, ‘F*CK THE HOLLYWOOD CULT.’ The Queensland-born artist strikes while the irons are hot with the release coming as a timely reminder in light of revelations aired recently on ABC’s’ Four Corners special. ‘F*CK THE HOLLYWOOD CULT’ is a visceral attack from Zheani as she poetically protests the misogyny and sexual abuse females have been facing in the music industry for decades stating “These particular revelations came as no surprise to me, open secrets like this are abound in the culture but my lack of shock did nothing to quell the rage that boiled inside of me.” With the production team of King Yosef, Mik Shida and Catherine Marks, the track combines rock, hip-hop and electronic elements into a fiery force “channeling [the music industry’s] corrosive energy and turning it back on whence it came.”

Ceeko drops an alt-R&B gem with his passionate and unapologetic new single, ‘Mental’. Co-produced by DHEM, the Melbourne artist draws upon afro-beats, soul and R&B to formulate the jittery and nostalgic beat he wields for his silky and honest vocal performance. 76M Films depicts the track’s sense of isolation with sombre visuals symbolising Ceeko’s moodier side, a change in pace from his last collaboration with DHEM earlier this year titled ‘House of Cards’. As Ceeko’s anthem of independence, ‘Mental’ is a smoothly candid single that showcases his authenticity and the exciting future of Australia’s R&B scene.