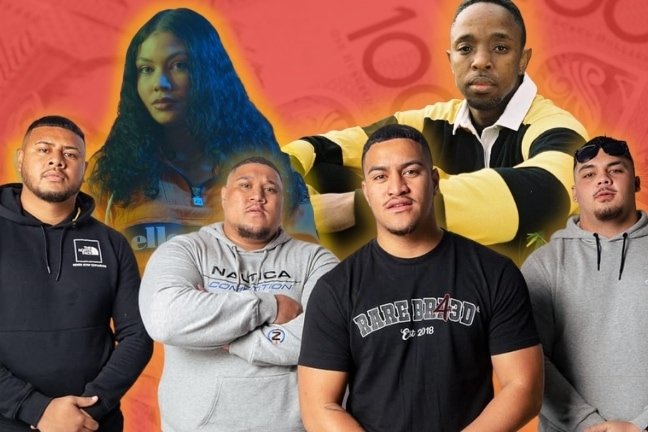 Running up to Week 30 of our New Hip-Hop Videos From Aus wrap, curating the latest and best clips to drop from the AU. Don’t miss a video! Subscribe to be first updated with all the latest visuals from across the country. Which clip you into this week? Slide in our comments with your fav!

Following their recent signing to Castille Records, Goodna rap collective Th4 W3st present their first offering under the new banner, the bar-heavy ‘Earning’. Hard work, grind, and hustle are on full display in the Ruff Pops directed clip as the boys ever humbly highlight the daily struggle endured by themselves and those in their community. Fast flows, tight rhyme patterns, and some sultry vocal runs are interwoven amongst the group, before Lisi comes through to run the final leg of the sprint with a forceful presence. Do these guys ever miss?

TUMI THE BE – STRESSLESS
(Simmer Town)

Independent Melbourne emcee Tumi The Be steps out with effortless flows, a catchy cadence, and some honest reflections on new single ‘Stressless.’ A fresh Simmer Town directed clip from his forthcoming album, ‘Stressless’ highlights a natural charisma and introspection from the talent of Botswana origins. Keep an eye out for this cat, the rhymes are super nice and the production is chilled. Would love to hear him link-up with ThatKidMaz.

88YAMI and Yourboymars celebrate the 6k in their melodic new cut, ‘MY CITY’. Produced by Roki Beats, two of Perth’s youngest prospects showcase their trap melodies over thumping 808s and sentimental guitar strings. In the music video directed by Seto Kiswoyo, 88YAMI and Yourboymars pose in front of the city’s night lights as they spit bars on their success and struggle with infectious chemistry and melodic prowess. There have been countless unofficial rap duos throughout the years, but ‘MY CITY’ feels like the blossoming of Perth’s very own power pairing.

JADA reminisces over simpler times on ‘RETROFIED’, his sun-kissed lead single from debut EP. Across the summery piano-laden production of Mist3r Beats, JADA showcases his carefree delivery and calculated wordplay. For fans of Kota The Friend, ‘RETROFIED’ takes a mellow and jazz-focused approach as the Gold Coast artist touches on all things sentimental. The Robert Plaza-directed music video offers candid and laidback visuals of JADA, bringing the rapper’s sonic aesthetic to life. As the QLD rapper emerged on the scene last year with his ‘Banksy’ release, JADA now presents his five-track debut EP, Bandcamp.

Boler Mani, the 19-yo Melbourne artist, drops his experimental hype anthem, ‘no patience’. Following the unique lane he carved for himself early this year with the release of ‘unsatiated’, Boler returns with an aggressive and reflective new single, along with accompanying glitchy VHS visuals by Charlie Buxton-Lee and Nick Rae. Inspired by Tyler The Creator’s ‘Tell Me How (Coca-Cola Commercial), Boler drops self-assured bars over the bass-driven instrumental before the track is split with a dream-like interlude. Boler Mani’s raw genre-blending experimentalism and high-energy BROCKHAMPTON-like appeal marks the Melbourne artist/producer as one to watch.

Clariyah Bo$$ has been killing it this week, and her latest single ‘Massacre’ is the nail in the coffin. Hailing from Melbourne’s inner suburbs, Clariyah Bo$$ is an impending force among the melodic drill and trap scene. Premiering the track with AUD’$ on Triple J’s Hip-hop Show, ‘Massacre’ takes aim at people faking their street struggle on their songs and elsewhere. Fellow 3k producer JUJO lays the sliding 808s and crispy glitch-percussion for Riyah as she raps melodies on her upbringing streets – “So how the streets still amuse you? You know the streets just abuse you, they take you in and they use you.” The track marries Clariyah Bo$$’s consistent lyricism with some of her best melodic work yet.