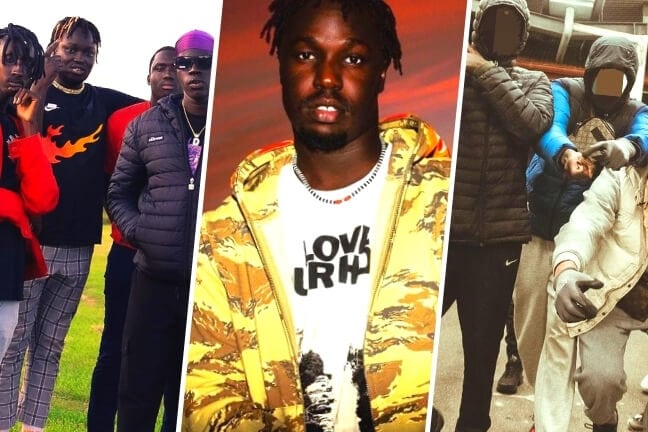 2021 is rolling out a whole bunch of new visuals from across the AU! Make sure you’re up to date daily with all the best vids located in our New Hip-Hop Videos From Aus playlist on Youtube. This week we’ve got 5 of our favs to drop in the last minute. Slide in the comments and let us know which clips are your favs!

The Swish Music crew team up for ‘Dreams‘, a richly autotuned track about gratefulness and perseverance. The Ipswich based collective have formed a strong fanbase since bursting onto the scene last year with their ‘Showtime‘ hit. Extending their catalogue from their Drill and Trap focused sound, ‘Dreams‘ is a soulful reminder that “hard work beats talent.” DC Ralph and TMB The Driver take seamless care of the singing while Reddeye Glizzi raps with authority about motivation and keeping your eye on the prize.

Melbourne’s south east trio Real Deal Skeng release their third track to date. Bursting onto the scene with ‘DEMON‘ and ‘Gameover‘ in 2020, their self-described ‘drip drill’ continues on their latest effort; ‘FTO‘. Improving with every track, RDS consists of the three spitters 77Dippa, YDK Tha Faceless and 2Trappy. Each member add their own flavour to bars of hood tales and opp warning shots.

One of Brisbane’s most exciting R&B acts, MAWiE has dropped visuals for his new track, ‘Snakes & Roses’. The South Sudanese-born artist is hard to describe, balancing elements from names like Travis Scott and The Weeknd, while adding his own soft yet confident style. High off his strong 2020 after ‘Last Night’ racked up over 200k streams, the new year is looking bright for MAWiE, who’s set to release a body of work before the year ends.

Section60 member Namz60 enlists ONEFOUR heavyweight, Celly14 for his debut track ‘No Questions’. With a rumbling bass and eerie vocal instrumental, Namz60 stays calm in delivering a street war anthem while Celly14 executes another commanding verse while incarcerated. There’s something electrifying about seeing emcees from groups branch out and still kill it in a solo effort, but fingers are still crossed to see an explosive Section60 and ONEFOUR collaboration.

Dseeva provides a farewell to everyone he’s moved on from with new track, ‘Laters‘. Since his initial hiatus in 2012, the Sydney rapper has kept himself busy by dropping the ‘No Tomorrow’ album and a handful of singles in 2020. ‘Laters‘ showcases some solid singing control from Dseeva and essential, stripped back verses with an emphasis on storytelling. With visuals from 1 Lane, ‘Laters‘ is the first single from a pending second album.