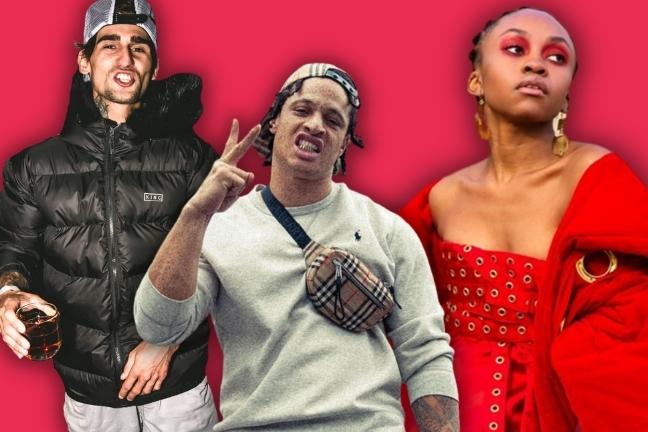 Week 5 of New Hip-Hop Videos From Aus 2022 has arrived; as always, showcasing the latest and best videos year-round from across the AU. Don’t miss out! Subscribe to our channel to be the first across the hottest new clips. Here’s a half dozen of our weekly favourites but there are hundreds to watch in our Youtube playlist! Which video are you into this week? Slam the comments with who we missed…

YP – OUT OF SIGHT
(Directed by YP & Matt Wilson)

ONEFOUR rapper YP returns from two years of incarceration with his debut solo single, ‘Out Of Sight’. Following a similar reflective sentiment to the group’s 2020 single ‘Welcome To Prison’, the 21-year-old details the lessons he’s learnt during his time behind bars. Produced by Sid Mallick, 99hurts, Shanks and Elaye, YP raps about the “out of sight, out of mind” mantra over the pensive piano, synth strings and trap drums. The music video is directed by YP himself alongside Matt Wilson, following him in his first days of freedom as he visits family and friends, goes shopping and makes his long-awaited comeback to the studio.

The Sydney veteran Vinsins welcomes 2022 with ‘The Sintro’ as the first taste to his forthcoming mixtape. Like his previous release ‘Anzac Bridge’, Vinny’s move to Europe hasn’t slowed down any references to beloved 2k landmarks and Australia’s underworld, rapping “Keep a keg of M in the Meriton while I bender in the Sheraton, I’m better than these rappers don’t even mention ‘em, they’ll get M’d like Benji Veniamin.” Accompanied by a Breaking Bad-inspired music video from Haze Media Productions, ‘The Sintro’ is another showcase of the underrated rapper’s unique flow, expert wordplay and braggadocious bars.

Planet Vegeta kick-off 2022 with season two of their Fried Chicken & Flips series including the latest track, ‘Biggie (Inu)’. Keeping relatively quiet during 2021 while enjoying the success of their debut EP Letters To Chi-Chi, the Western Sydney trio have reappeared with their YouTube series of remixes. Directed by Sonder Films, PV members consisting of SVNO, LKGD and Jazz NOBODI host a pool party and flip The Notorious B.I.G’s iconic song ‘Big Poppa’ into a summery R&B single. Debuting S2 a couple of weeks ago with their version of ‘Land Down Under’, it’s been exciting to see them back in the studio and hopefully won’t be long before a new official release.

Almost three years since her debut with ‘The Divine’, Mwanjé reveals her new single ‘Wildones’ featuring her sister, Sampa The Great. The 23-year-old singer-songwriter delivers a euphoric experience with her dreamy vocals floating over the ambient and soul-infused production by Kuzich. Directed by Michael Rodrigues and Tarryn Hatchett, the Afrofuturist inspired music video supports the track’s thematic message of seeking personal freedom. It’s the first appearance in 2022 for the two Zambian-born siblings but we won’t have to wait as long for the next release with Mwanjé’s debut EP Seasons on the way, exploring themes of self-love, self-discovery and her transition into adulthood.

Jye Simpson hosts an absolute flow clinic on his new single, ‘2HARD’. The Melbourne artist has been busily working on his upcoming album, dropping a couple of singles on YouTube this year including his ‘Rappertag #20’. Directed by Tom Buchanan, ‘2HARD’ was written, recorded and filmed in one day, finding him unleashing a flurry of flows over the high-energy, SLoth-produced instrumental. While ‘JUICY’ was his only official release last year, Jye Simpson tells us exactly how he’s coming all 2022 – “I figured this year I’ll show them who’s he, might see it past my limits.”

Sydney’s Snoee Badman hasn’t wasted any time since being released from prison, making his 2022 debut with his latest track, ‘Badman Returns’. The short two-minute drill single features an eery instrumental from Utility and another by Fuego Chef, who adds anthemic horns and jittering hi-hats to Snoee’s unique cadence and gang-related bars. In 2020, with his #3badman mixtape, he became the first Australian to release an EP while held in a maximum-security prison. Now in the ‘Badman Returns’ music video, directed by Ivan Lentell, the Jamaican-Australian artist is shot in both colour and B&W enjoying his long-awaited freedom with only the sky as his limit.