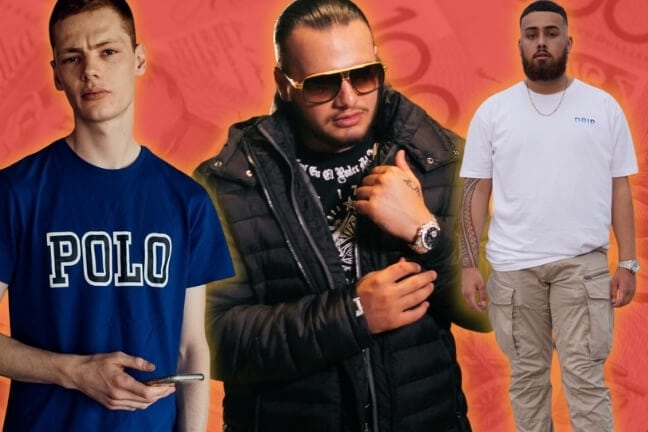 Week 23 of our New Hip-Hop Videos From Aus wrap is here! Collating the latest and best clips to drop from the AU. Don’t miss a video! Subscribe to be first updated with all the latest visuals from across the country. Which clip you feeling this week? Slide in our comments with your fav!

SKEM’s first offering of 2021 comes in the form of ‘LVST TIME’, and we’re convinced it’s his best effort to date. Across the slow-running piano and thumping drums of Andyr’s production, the Sydney rapper brings another poignant performance with heavy bar focus on addiction, mental health, and the loss of loved ones. Although he’s only released a handful of songs since his break-out year in 2019, SKEM is quickly etching himself as one of the most thought-provoking lyricists in the country. Goosebumps on every listen, ‘LVST TIME’ is an introspective and incredible insight into the story of SKEM.

Returning to the bright, colourful, flowery scenes of her 2020 smash ‘You Sad’, Tkay Maidza delivers another richly artistic performance in the Jasper Soloff directed ‘Cashmere Cat’. Flying through the air in a magic pick-up truck, and growing from the ground as a vivid blossom, Tkay is as effervescent as ever on her latest croony bop. Having just been announced on the massive Las Vegas festival Day N Vegas it seems nothing can stop Maidza right now.

Gravy Baby and Freesoul’s member Jords join together in their ‘Pumpin’ collaboration. Produced by Sezan Mahmud, Gravy Baby fires warning shots on the hook, a reminder that despite the influx of new faces to the scene, the OG’s are still here and holding it down. Following Freesouls debut last year, the trio has started to branch out into solo efforts, and ‘Pumpin’ is another example of this with FS Jords delivering a short, change of pace to the track. This new Gravy Baby is the first single from his self-titled E.P releasing in July.

Singing his troubles away on ‘Scarred’, Jotani locks his eyes on the top. Produced by DJ Discretion, Jotani croons with rich autotune about his upbringing and race to ascend, paying no mind to “broken hearts”. as his crew sings and dances problem-free in n the Domcben Films directed music video. Beneath the triumphant melodic Trap style, Jotani’s character shines through in lyrics of substance abuse, mental health, and loyalty. The Sydney artist follows his 2021 track ‘I Smile’ with another exciting show of shaky melodies and street stories.

There’s rarely a quiet week from Biordi Music and this time it’s Ay Huncho stepping to the forefront via richly autotuned runs on his new cut ‘In My head’. Filmed and edited by Skylake Media with Exec Production by Lowkee, ‘In My Head’ sees Huncho gambling, travelling and reflecting on his struggles with women, the law, and his haters. Catchy melodies and a summery instrumental has the 2k star turning the winter weather on its’ head.

The first drop following the launch of his label Castille Records via partnership with Warner Music, Goodna president Lisi takes us deep inside the 43 in his new Grand Theft Auto-themed clip. Reflecting on his dreams of climbing the rap ladder, the Th4 W3st emcee juxtaposes his past and present on the crisp visual by Jaen Collective, speaking to his former self as he transitions from the front yard workouts to high-rise office deals.