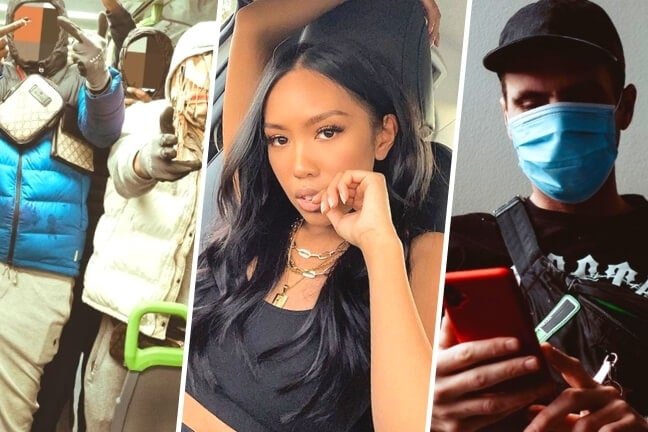 There’s only one spot to be for all the the latest music videos coming out of the AU.  Our New Hip-Hop Videos From Aus playlist on Youtube is updated daily with the best new visuals dropping from all across the culture. Make sure you subscribe to our channel and be sending through your latest clips! Which one is your fav this week? Let us know on our socials! ????

We premiered the audio to this debut from RealDealSkeng on FBI Radio last week hours before the video dropped and went wild online. Shot by TMC and with next level animations from Roar Gaming Studios, this intro to the young collective out of Cranbourne in Melbourne’s South-East is a statement. YDK, 2Trappy, and Dippa are the new trio creating what they title “Drip Drill”. Can’t wait for this to his DSPs.

Emerging Melbourne R&B sensation Olivia Escuyos has steady been releasing in 2020 despite the lockdown and comes through again with a heartwarming new offering in ILWY (aka. In Love With You). Cute clips of couples in love, mixed with nostalgic shots around her local outer east suburbs on what might be her most mature drop yet.

201 cult hero Huskii is back and rhyming better than ever on new clip ‘Intro’ – a two and a half minute powerhouse of bars delivered straight down the lens of the camera. From his upbringing, to label offers, to his time in the system the Wollongong king bares it all on the first instalment from his upcoming mixtape.

Ipswich is on the map of late and Reddeye Glizzi is the latest name coming out of the ‘Swish. With an affinity for mobbed out crew / cypher cuts, this one contains some breathtaking drone work and steady contributions from each emcee but it’s the powerful presence of the debutant on the mic which steals the show. An iconic voice sure to find prominence amongst the AU.

Rops has gone from strength to strength in 2020 and this link-up with CRZYCAM is no exception. While sliding into the drill lane, he keeps true to his own cadence, flow and vernacular here in another impressive addition to his growing catalogue. Flashy lighting and a strong street clip from 1Lane ensure this will be a fan favourite.