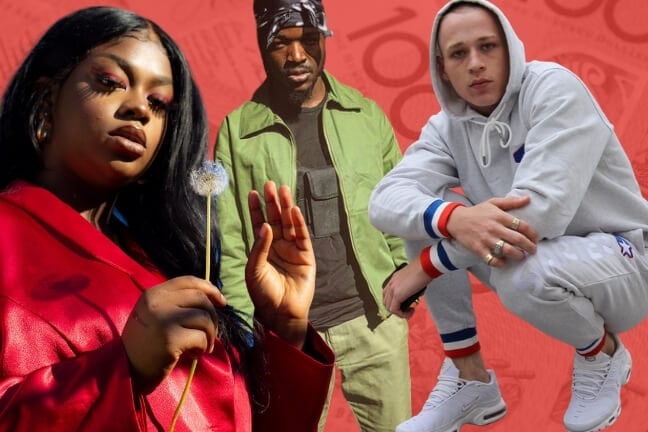 Running up to Week 21 of our New Hip-Hop Videos From Aus wrap, collating the latest and best clips to drop from the AU. Don’t miss a video! Subscribe to be first updated with all the latest visuals from across the country. Which clip you feeling this week? Slide in our comments with your fav!

East AV3 and Raj Mahal earn gold medals for the relay race on their latest track, ‘Olympics’. Following their commercial effort ‘Do It All Again’ featuring George Alice, the Adelaide trio again showcase their versatility via the evolving production of ‘Olympics’, while leaving Sydney’s Raj Mahal to run the hook. The baton is passed from Raj and his hard raps to East AV3’s playful deliveries and lyricism across various backdrops of Olympic events and a smoky, green-lit basketball court. Fresh drop from one of the more promising new collectives in the AU.

Dropping some light bars on his ‘Big Bear Freestyle’, it’s no longer a conversation of if but only a matter of when Double O Smoove will be topping charts. Shot in Redwood Forest, the Melbourne-based, Philly-raised rapper follows up his frequent 2021 releases with some quick bars about women, drugs, and luxury cars, and though it might sound overplayed, Double O’s charisma and witty lyricism give new life to these themes. Despite women being at the forefront of his more explicit bars, he ends the freestyle with a clear message of support – showing his intolerance to any mistreatment.

PRICIE delivers visuals to her soulful and charming sophomore single, ‘FRIENDZONE’ featuring Genesis Owusu. Directed by award-winning videographer Daniela Federici, the music video was shot at Sydney’s Golden Age Cinema and echoes the single’s upbeat vibe with 70s disco club visuals. While PRICIE evokes a Missy Elliott-styled performance with jaunty verses and a hypnotic hook, Genesis Owusu slides in with some infectiously nonchalant bars. Against all odds, PRICIE and Genesis Owusu have made the awkward game of friends with benefits feel really damn good.

Rops1 takes no prisoners on his ruthless new single, ‘No Cap’. The Mac Fields emcee reflects on his breakout year and his development since the one-take freestyles that put him on the map. Shot by Estevan, the track finds Rops spitting relentlessly across the stirring piano notes and heavy drum hits of ‘No Cap’. Although he’s dropped a couple of features and tracks of his own in 2021, ‘No Cap’ is the persuasive reminder that Rops1 is still the youngest in charge.

Melody Napoleon adds his flavour to the ever-popular Exposing Me/Whoopty instrumental on his latest track, ‘In The Alley’. Following the likes of King Von, Pop Smoke and CJ, the Melbourne artist injects his own melodic style over the heavily remixed sample from the Bollywood film, Sanam Re. ‘In The Alley’ marks the second time hearing Melody Napoleon in 2021, following up the release of his ‘Gliding’ drop. There’s a lot of artists who can adapt to different sounds, but Melody Napoleon proves that his unique sonic can slide effortlessly across R&B, trap and drill.

RENZI reveals the unspoken impact of the trap in his recent release, ‘Hold Tight’. The music video begins with a spoken word before the Western Sydney artist delivers an intensely emotive vocal performance across the solemn guitar plucks and percussive work of the instrumental. In 2020, RENZI put himself on our radar with his track ‘Anybody’ featuring the South-West Sydney group On The Gang. Now, with ‘Hold Tight’, RENZI elevates himself to a new status with catchy vocal inflections and a personal lyrical depiction of his environment and experiences.