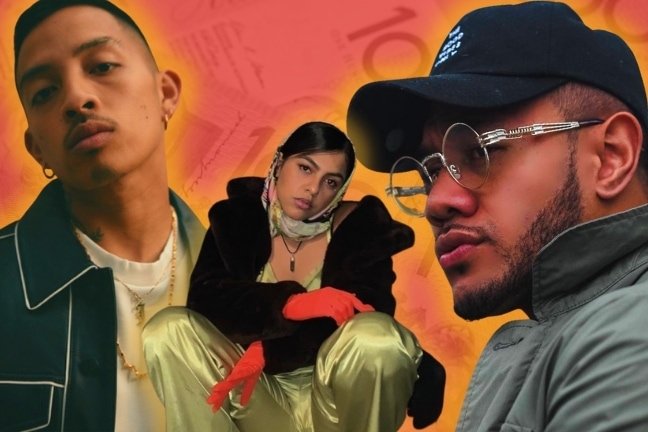 Landing at Week 33 of our New Hip-Hop Videos From Aus wrap, always bringing you the latest and best videos to drop from the AU. Don’t miss a clip! Subscribe to be first updated with all the latest drops from across the country. Which one you into this week? Slide in our comments with your fav vid!

R&B powerhouse PANIA drops the cold visuals to her 2020 ‘ICYY’ ballad, along with a remix featuring HP Boyz collaborator, Keziah Feterika. The ‘ICYY‘ music video delivers blue and purple hued visuals of PANIA introspectively croons her way through hurt of past relationships with the bass beating like track’s broken heart. Taking vocal inspiration from her idols, Erykah Badu and Amy Winehouse, the Melbourne singer pairs this with trap production and a flair for infectiously catchy and vulnerable lyricism. PANIA is someone we’ve been dying to hear more from, and these ‘ICYY‘ visuals are only fuel to that fire.

It’s been a minute since a solo Ezra James track but the Brisbane artist made it worth the wait with his latest single, ‘Luh Me‘. Produced by the Sydney-based, fellow R&B singer Kennyon Brown, ‘Luh Me’ presents some of 43 reppin’ artists’ best melodic flows and classic 90s R&B vocals. Working with Maverick Visuals and longtime collaborator Ruff Pops, Ezra James lives out every postman’s dream in the song’s music video. 2020 was a massive year for Goodna and surrounding areas but the new year has seen each artist unlock new heights, with ‘Luh Me‘ firmly doing so for the 43 OG.

Freesouls member Jamel declares ‘Fuck Love‘ on his third solo release of 2021. Directed by Kota Sato and AJR Films, the new single catches the young artist on his melodic tip, shaking off heartbreak and holding it down for his family and area. It’s clear through Jamel’s lyrics that he’s not entirely out of love, forever reppin’ Sydney’s South West and counting his family’s blessings over the Sezan Mahmud piano-lead trap production. Whether it’s a solo effort from one of the members, or a trio-delivered track, Freesouls always come well equipped with refreshing and unique melodic qualities. Adding to his solo catalogue, ‘Fuck Love‘ continues to build the anticipation behind Jamel’s debut mixtape, Livo Boy.

RINI releases his slow-burning R&B ballad, ‘Red Lights’ featuring US rapper Wale. Hailing from Melbourne, the Filipino-Australian artist soulfully sings over the track’s R&B production as he races over to his lover’s place. ‘Red Lights‘ showcases RINI’s flawless and polished vocals complimented with a Wale verse that, as no surprise, slots in like the last piece to a 1000 piece puzzle. Marking his second international collaboration of 2021, following the ‘Out of the Blue’ remix with Dreamville’s EARTHGANG, RINI looks to be gearing up for his sophomore project coming later this year.

Talakai and Smak reminisce on humble beginnings in their new single, ‘Never Change‘. The pair pay homage to such beginnings with the Kyel Golly-directed music video taking it back to spitting bars and spraying graffiti near train tracks. With Smak handling the sparkling UK Garage influenced production, ‘Never Change‘ finds both emcees dropping gems of wisdom with Tala rapping – “Rome wasn’t built in a night, home wasn’t filled in a day.” It’s been a busy month for the Newy and Brissy artist respectively, but ‘Never Change‘ is a highlight from both their recent runs. This right here is the duo you didn’t think you needed but trust us, you do.

Noonga artists Yazza and Flewnt reflect on everything that matters on their proud anthem, ‘Count My Blessings‘. The WA rappers take a leaf from the late Nipsey Hussle, spending the track’s runtime to count their blessings of family, culture and community. Directed by Yazza, the pair rap their verses and sing the soulful chorus while embodying these values in the single’s music video. It’s an old-school vibe landing in that sweet spot somewhere between appreciation and celebration. Start your morning off right with a coffee, some sun on your face and ‘Count My Blessings’ sound tracking your day.