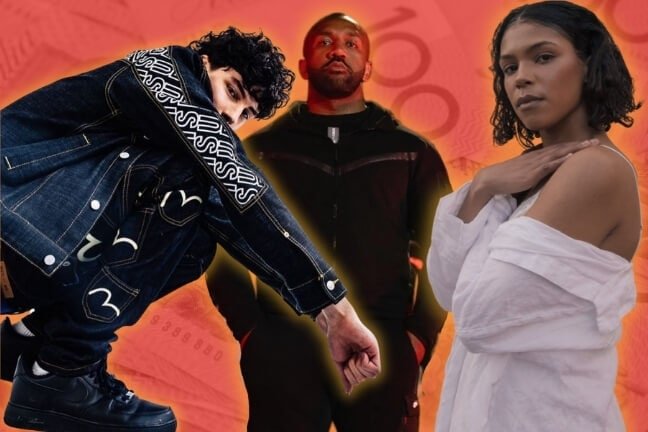 Running up to Week 26 of our New Hip-Hop Videos From Aus wrap, collating the latest and best clips to drop from the AU. Don’t miss a video! Subscribe to be first updated with all the latest visuals from across the country. Which clip you feeling this week? Slide in our comments with your fav!

‘Fall 4 You’ is the swaggeringly affectionate new single from Melbourne’s Raymo Kay. With Zac Harris-directed visuals of Kay juggling the bag and his new babe, the Cranbourne artists’ UK-styled delivery wraps seamlessly around the Latin-influenced trap instrumental. As his third release to date, ‘Fall 4 You’ follows a similarly summer vibe to ‘Sundae’ and his 2020 debut, ‘Blessings’. Kay’s new single is produced by Nicole Freeman and is the most convincing display of his crafty wordplay and infectious flow – check that “One… Two …Three…” rhyming scheme. Raymo Kay’s hattrick of heaters has successfully proved his potential, now let’s see what he can offer in the second half of 2021.

Nasa Nova and Ay Huncho stay busy with yet another merciless Western Sydney team-up, ‘Proper60’. The new single, produced by Young Camaro, marks their fourth collaborative effort, following ‘My City’ featuring Hooks, ‘Social Distance’ and their ‘Whoopty (Australian Remix)’ with Sy Dubz. Directed by Domcben Films, Huncho strays away from his singing efforts and joins Nasa for a barrage of braggadocious warning shots. As if it wasn’t hard enough denying their ferocity, ‘Proper60’ forcefully lands the nail in the coffin with the final verse delivering a fierce back and forth between the two Biordi signees. With a string of singles together, Nasa and Huncho’s latest effort might be their best yet, and begins to beg the question of what a joint EP might look like.

Liyah Knight presents her infatuated and dreamy new pop ballad ‘Moon Baby’. Following her breakthrough debut EP Nesting, and her collaborative ‘Cheers’ single with Nerve earlier this year, the Sydney artist has come through with another shimmering and mellifluous release. Directed by Tristan Stefan Edouard, Liyah Knight describes Moon Baby as “the early stages of allowing someone to be the epicentre of your mind and heart.” From deliberately simple guitar strums to uplifting and atmospheric melodies, ‘Moon Baby’ emulates the naïve and irresistible feeling of falling in love. The new track will feature on Liyah Knight’s sophomore EP Travellers Guide, due for release on the 24th September.

Triple One delivers ‘Pleasure Island’, the final music video from their debut album, Panic Force. As the third track from the project, and Marty Bugatti’s personal favourite, ‘Pleasure Island’ fuses the indie-driven production of Billy Gunns with the emo-rap of Marty and Obi Ill Terrors. Much like the rest of Panic Force, the track reflects on drug addiction and loneliness with Lil Dijon belting out the chorus in the album’s most underrated vocal offering. Shot by Sam Horton, the Sydney group present a B&W collection of touring and behind-the-scenes footage, bringing Triple One’s Panic Force era to an end and welcoming the promising beginning of something new.

In his first release of the year, Mike Champion soulfully celebrates ‘BLKGRLMGC’ in his enriching new single. Since the 2015 release of his debut album Young Boy Old Soul, Champion has consistently captured the essence of neo-soul. Shot at Opn. Studios, the Sydney singer presents a strong Miguel and Anderson .Paak influence through slow soulful keys, subtle bass and brass sonics and a blend of warm melodies and heartfelt lyrics. Crediting the inspiration behind the track, Mike Champion states “the resilience and the wonder of black women is not something I’m afraid to uplift.” ‘BLKGRLMGC’ is an empowering and neo-soul driven tribute to the strong and fearless women in his life, and all of the queens out there.

Babyface Mal joins forces with Nerve for their mighty new single, ‘Superhero’. From Melbourne to Brisbane, to the rest of the world, Babyface Mal drops his first single of the year, and the 66Records signee is charged up. The music video, directed by Zac Harris, features fitting comic book visuals and the two emcees delivering bar after bar across ominous piano keys, slamming 808s and endless hi-hats. Nerve enters like nobody’s sidekick bringing an unyielding delivery, entertaining wordplay and the best imagery all week – Bruce Wayne in a pair of Nike Shox. With the interpolation of the Batman theme song, ‘Superhero’ masks trap themes and deadly lyricism with light-hearted allegories.