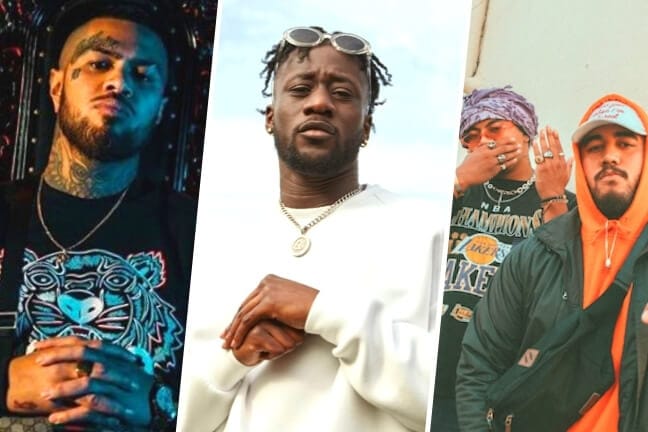 As the weather gets warmer the climate for new videos is heating up across the AU! Daily catch all the best vids located in our New Hip-Hop Videos From Aus playlist on Youtube. Here’s 6 of our favs to drop recently. Jump into the comments and let us know which clips you’re digging! ?

Queensland’s AmuThaMC taps into his introspective storytelling, dedicating his first track of 2021 to his ‘First Love;. Initially, we’re convinced the track is for his significant other but at the end of the second verse, Amu reveals the song is dedicated to his love named music. Flexing vocal abilities, Amu sings the chorus of his new stripped back song with Ash Minor delivering the closing guitar solo. All the boys from the 78 and 43 will have plenty to offer this year, and what a fitting way to kick it off.

Over the past few years, several rap groups have risen to popularity, but none quite like Planet Vegeta. Uniquely talented and dynamic, they have been dominating as both a collective, and solo acts, the new track ‘You‘ is no exception. The drop places LKGD at the forefront, with his production and repetitive chorus steering the ship while Jazz NOBODI’s chimes in with a buttery verse before SVNO impresses once more with his incredible vocal talent.

As the visuals depict, the Latin influenced instrumental of MLBRN’s ‘Side Bitch’ is perfect for the next squad cook up. The 3k rapper exudes unbreakable confidence via an infectious hook. Armed with a barrage of punchlines, the drop which released just before the end of last year, has since grown to be one of his biggest songs, and it just might be his best work yet.

In his first release of the year, ‘HOOD RAMBO’ sees Spanian delivering an explosive warning to anyone really not about it. With an unmatched energy and a fiery, metal-influenced beat produced by Grammy-nominated Khaled Rohaim, the Glebe local leaves nothing unclear. Running just over two minutes, the anthemic ‘HOOD RAMBO’ would be at home in any UFC walkout.

Hardworking Melbourne collective Glasshouse Productions come through with another impressive visual, this time for northside emcees VV Ace and Lxrdmc on new track ‘End of The Day’. The dreamy instrumental of distant 808’s and an angelic choir gives both the artist’s plenty of room to deliver smooth, spacey vocals. The Pop Smoke influence is clear as the two budding emcees’s truly shoot for the moon.

In one of his most cinematic music videos to date, Manu Crooks links up with fellow Sydney emcee Hooligan Hefs to venture from shark-infested waters to brutal snow and sand. Battling trust issues in women and so-called friends, the two create an iconic energy sure to excite fans around the country.