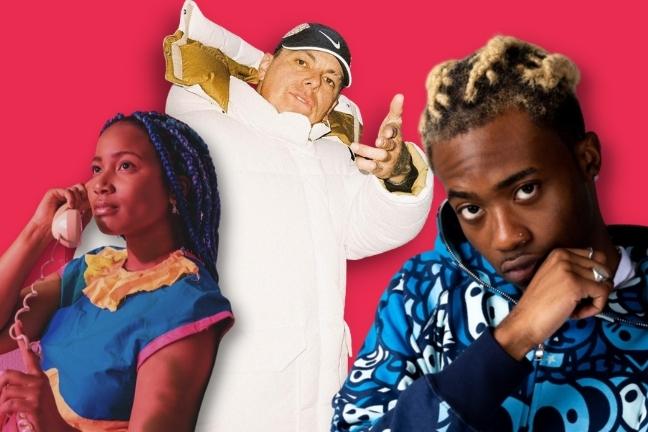 Dropping off a fresh batch of visuals via our New Hip-Hop Videos From Aus playlist; as always, highlighting the latest and best videos year-round from across the AU. Don’t miss out! Subscribe to our channel to be the first across the hottest new clips. Here’s a few of our weekly favs but there are hundreds to watch in our Youtube playlist! Which video are you into this week? Slam the comments with who we missed…

Melbourne-based Lil Jaye grows ‘Bigger’ in his first 2022 offering. The 66Records team have amplified their momentum from last year with Babyface Mal’s The Crib Vol. 1 opening their 2022 season. In 2021, he dropped the high energy ‘Patek’ and ‘Count Up’ followed by a feature verse on labelmate BabyT’s debut project The World Is Yours. Now, the Collingwood artist carries the torch with his hopeful melodies and determined lyricism over the guitar-led trap track. Directed by Josh Barolo, the music video swaps between fish-lensed VHS edited shots to crisp visuals of the young melodic rapper everywhere from the studio, streets and skyscrapers.

Brisbane’s Creed Tha Kid picks up right where he left with another bouncy love single, ‘Wind It’. The Māori-Australian artist has been delivering fresh melodic hits since his debut year in 2019, and Tha Kid has bested every year since. On ‘Wind It’, the 19-year-old singer and rapper sing refreshing melodies over the Afrobeats inspired trap production by frequent collaborator, Liam Thomas. Directed by Murli Dhir, the music video features VHS visuals of the romance and love story he raps about. The last year saw him drop a handful of new tracks, two of which featuring Mason Dane and Jaecy respectively and began the buzz around his long-awaited debut EP now slated for release in 2022.

As the latest offering from Jewel Owusu, ‘ur not my friend’ is a strictly 6k affair featuring Perth rapper Mali Jo$e and producer Namesake. The bubbly new single is about moving on from toxic friends, where Owusu sings carefree melodies and Mali Jo$e’s matches her energy with a short and flawless rap verse. The self-directed music video for ‘ur not my friend’ is shot and edited by Dylan Guy, capturing them in different vibrant sets like the arcade and classroom. As two of WA’s brightest young stars, they make an incredible duo over twinkling R&B and UK Garage production – hopefully, it’s not the last we see of them together.

Western Sydney’s Solochulo debuts his long-awaited return in 2022 with ‘Awff Me’. Produced by TMOB and Big Lou, the South Sudanese artist delivers his glossy melodies, bars and copious adlibs over the guitar plucks and trap drums. After releasing two singles last year including ‘Contagious’ and ‘Undefeated’, his latest is accompanied by a music video shot and edited by KOTASATOO. Sharing his first track ‘Duckin’ in 2019, he’s since established an inimitable and recognisable sound of his own that will hopefully be explored deeper on his highly-anticipated first project. While nothing has been confirmed yet, ‘Awff Me’ definitely sets the precedent for Solochulo’s year ahead.

The Menace of Western Sydney releases a timely 2022 debut with his villainous new single, ‘Harvey Dent’. Dropping alongside The Batman’s opening week, Mitchos Da Menace and director/videographer Nickeh have made a movie of their own. Over the relentless 808s and foreboding piano production of R.f.p, his vocal inflections only add to the lyrical assault full of Batman references – “Little Harvey Dent, fucking Joker’s can’t play these cards, little Robin’s pay my rent.” For the track’s visuals, Menace poses next to the Batmobile and recreates Heath Ledger’s Joker hospital scene from The Dark Knight with sharp transitions and cinematic shots.

Perth’s own Perry P releases his statement track, ‘Brand New’, that firmly stamps his presence in the emerging WA scene. Recorded in 2020, the Middiebeats-produced track was originally meant to be his second-ever release. Speaking on ‘Brand New’, Perry said “this song came about in a time of my lie where everything was on an upward movement.” Finding multiple pockets to flex in, Perry raps over the trap production effortlessly. Directed by Brendan Cecich, in collaboration with High Places, the music video captures Perry’s ends as well as the community he keeps close to. Still extremely early in his career, Perry P is definitely someone you need to keep an eye out for in 2022.