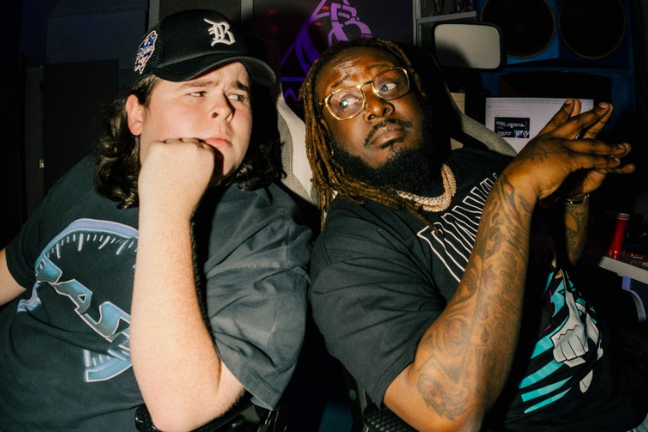 Collecting the best releases from our New Hip-Hop Videos From Aus playlist this week; as always, highlighting the latest and best videos year-round from across the AU. Don’t miss out! Subscribe to our channel to be the first across the hottest new clips. Here are a few of our weekly favs but there are hundreds to watch in our Youtube playlist! Which video are you into this week? Slam the comments with who we missed…

Newcastle’s Mason Dane delivers the highly-anticipated remix and music video for ‘Dash’ featuring T-Pain. Their budding relationship began when the Tallahassee artist reacted to the track on his Twitch livestream – “I want this to be the worst song of all time but god dammit this song is so good.” Almost a year since its initial release, the Liam Thomas-produced single features Pain’s signature vocals echoing throughout as well as his own fire guest verse. Shot in the early hours of the morning at his house, the music video is directed by The Last Addition and pays homage to their hilarious and unexpected story.

New Zealand-born ZPLUTO goes ‘Berzerk’ for his second release of the year, a follow-up to his biggest track to date in ‘Bonnie & Clyde’. Incorporating a punk edge to his latest single with hip-hop and rock-influenced production by Joseph Peters, the Sydney-based artist draws inspiration from the likes of Post Malone and the late Juice WRLD. The music video is directed by Rob Milazzo and features some unique set choices like the Western Sydney Airport, Sydney Aquarium and his friends bedroom remodelled to create that falling effect. Speaking on the track, ZPLUTO says “‘Berzerk’, in its entirety, is about doing better than your old self.”

Ahead of their headline east coast tour, Lil Golo and Cult Shotta share visuals to their fan-favourite single, ‘250’. Produced by Oh Boy and Tanssi, the 2021 single samples ‘450’ by Bad Boy Chiller Crew and sees the Sydney-based duo offer up the perfect soundtrack to your next bender. The two-minute long music video is directed by BraydenFunFilms and captures the duo with the beloved chaotic energy we’ve come to expect from them. The Lil Golo vs Cult Shotta tour boasts support from Freesouls, Isaac Puerile, Lil Jaye, Say True God? and more across shows in Sydney, Melbourne, Brisbane and Wollongong.

B.Z.A and ALMIGHTYDUT drop ‘Savage Shit’, the second taste to their collaborative mixtape coming later this year. The Melbourne-based artists kicked 2022 off with their first single titled ‘Through The Storm’. In an even more abrasive offering, the RicoRunDat and Burn City Studio produced track sees the two emcees ferociously flex over the running piano keys and trap drums. ‘Savage Shit’ is a relentless release whose energy is captured in the fast transitions and flashy edits of the music video directed by nbreezy_1. B.Z.A and ALMIGHTYDUT are yet to announce the date on their upcoming mixtape but it’s one to keep an eye out for.

Perth-based artist Adam Ricci leans into his braggadocios side for new single, ‘My Type’. Co-produced by Jarrod Jeremiah along with mixing and mastering also handled by Ricci, the R&B and trap offering marks his second release for the year. Following ‘2 Many Friends’, the 20-year-old sings another addictive hook, this time over the track’s stuttering lead sample and punchy drums. Directed by Joel Baker, the music video is shot in the back of a car with flashing lights pairing perfectly with the party vibe of ‘My Type’. Adam Ricci is, without a doubt, playing a leading role in garnering more attention for the 6k’s talented scene.

South-East Melbourne artist Jaal celebrates personal progression on 2022 debut single, ‘Shinin’. The smooth new track finds him laying down bars over the sparkling production of Ashton McCreight whose credits include Boogie, Summer Walker and more. Shot at Chadstone, Jaal had his hand in directing the music video by 76M Films that shoots him in an all-white outfit to reflect the song’s meaning. Picked as SoundCloud’s wildcard for the 2022 Acclaim All-Stars, ‘Shinin’ showcases the young artist’s glowing talent and is an early indicator of the potential of his next project that he’s currently chipping away at.