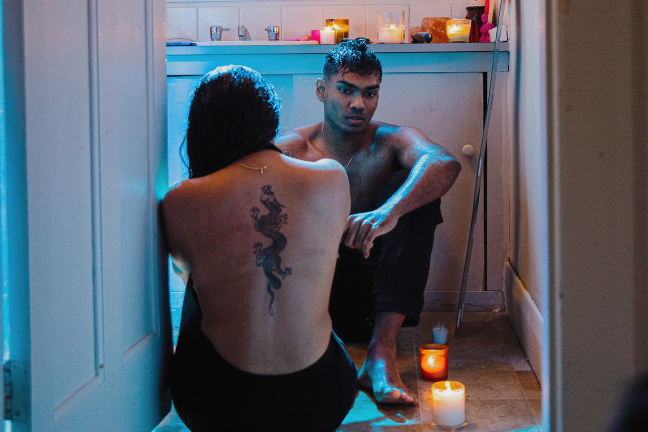 Bringing you the best releases from our New Hip-Hop Videos From Aus playlist this week; as always, highlighting the latest and best videos year-round from across the AU. Don’t miss out! Subscribe to our channel to be the first across the hottest new clips. Here are a few of our weekly favs but there are hundreds to watch in our Youtube playlist! Which video are you into this week? Slam the comments with who we missed…

Returning to the top like he never left, Manu Crooks ends his year-long hiatus with a short new project titled A Crooks Mixtape. The Western Sydney artist released six new tracks via SoundCloud and YouTube, along with three short visuals for ‘No Denying’, ‘Idols’ and Eyez Freestyle’. Sampling Eminem’s ‘Cleanin’ Out My Closet’ on ‘Idols’, Manu is shot through a B&W fisheye lens by Markus Sternecker as he exclaims, “Mr Did It Again, that’s one for the books.” A Crooks Mixtape marks the return of AU’s finest, reminds those who wrongfully might’ve forgotten who’s on top, and teases the next evolution of Manu Crooks.

ISAAC PUERILE – I FELL OUT OF LOVE
(Directed by Dan Boycie)

Isaac Puerile unveils the ‘I Fell Out Of Love’ music video from his 5-track I Hate You Too EP. Written during the COVID-enforced lockdowns, it’s hard not to sing along to the breezy pop-infused and self-produced single from the Western Sydney artist. Earlier this year, Isaac shared his sequel to his I Hate You, I Hate You, I F*cking Hate You EP released in 2018. Now accompanied with visuals by Dan Boycie, the music video was shot in Perth while he supported Huskii on his Antihero tour. Isaac Puerile is truly in a lane of his own where he’s unapologetically himself and authentically vulnerable.

LAKSHANE – RISK IT ALL
(Directed by Jordan Ruyi Blanch)

Sri Lankan/Australian artist Lakshane teams up with the production efforts of GXNXVS for his latest single ‘Risk It All’.  The Melbourne-based artist follows his previous moody alt-R&B singles like ‘Ariana’ and his early 2022 release ‘Lose Control’ with this time a more upbeat offering. ‘Risk It All’ finds Lakshane tempted by someone new and singing lustrous melodies over GXNXVS’ lively production. In the music video directed by Jordan Ruyi Blanch, he drives back and forth between his lovers while passionately performing one of his best tracks to date. Lakshane is the country’s most untapped R&B talent, time to tune in.

GRCO turns to a ‘Savage’ in her latest single, a change of moods from her more apologetic and introspective previous release ‘Reality Star’. Produced by Jethro, the South Australian sings her R&B melodies over punchy drums and piano loops while letting off some quick bars in her second track of the year. The South Australian artist performs ‘Savage’ in the purple mood lighting of Deeza’s studio who films the music video. First debuting back in 2017 with ‘Momma Said’, GRCO re-introduced herself last year and continues her roll of releases into 2022.

Western Sydney artist Raf Receipt returns with his Afrobeats and R&B-tinged new single ‘One More Night’. Marking his third release ever, Raf enters his second year in the scene after his breakout collaboration with Jaecy on ‘Nice Try’ and his recent 2021 track ‘MY LUV’. On the Aywy-produced ‘One More Night’, he embraces his Afrobeats influence for an infectious island dance number. Paired with a fitting music video directed and choreographed by Jervis Livelo, Raf’s melodies soundtrack the movements of five dancers in a warehouse setting. Raf Receipt has officially arrived in 2022 with ‘One More Night’, hopefully he keeps the momentum  building.

JARROD JEREMIAH – STOPPED TALKING TO YOU
(Directed by Martin Phan)

Jarrod Jeremiah performs his new track ‘Stopped Talking To You’ live on Scarborough Beach in Perth. The 6k-based singer, songwriter and producer sets himself up on the sand and sings his second release of 2022. Mixed and mastered by Adam Ricci, Jarrod delivers his smooth melodies as he strolls through the self-produced loops of warm jazz guitar chords and piano keys. The music video is shot by Martin Phan on a cloudy afternoon, matching the 20-year-old’s sweet but sombre tone on the single. ‘Stopped Talking To You’ showcases Jarrod’s strength as a multi-instrumentalist and compelling vocalist.