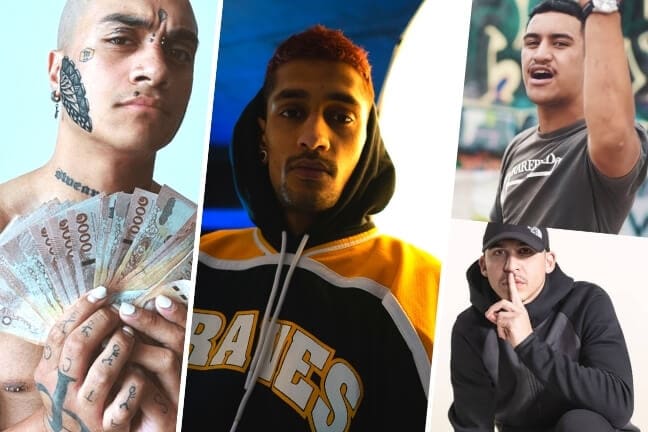 Another huge week of video drops from the culture. Our New Hip-Hop Videos From Aus playlist on Youtube is the place to stay updated with the latest clips. Weekly we highlight 5 of our favs to drop. Which one you got on repeat? Let us know on socials and make sure you’re subscribed to our channel on Youtube to be first to know! ?

Two of the country’s most hard hitting emcees link-up on a Sydney / Brisbane collab full of punchlines. Trading bars and flows, ChillinIt and Lisi show off the skills and the areas that have ascended them to the revered level of Aus Hip-Hop. Already trending as expected.

The long-awaited debut from Tongan price LIL GOLO has finally arrived and it’s a massive punch in the face statement. *WARNING – NSFW* don’t watch this one with family around. Loaded with fire-twirlers, a heap of iconic West Sydney cameos and plenty of scantily clothed women, this is one for the ages. Having already gone viral recently for his wild antics, the hype half of duo Cult Shotta causes a scene wherever he goes and is bound to run up some serious numbers on this clip.

Logan crew No Money Enterprise always deliver a strong presence and energy, none of which is lacking on latest drop Presto. The collective have a natural chemistry as they slide between verses, with each member adding their own flavour to another banging beat. Lots of cash, lots of cars, lots of bars. Someone get these guys a sync deal ASAP.

Tempo change as Perth R&B / Afrobeats sensation Adrian Dzvuke slides through with the video for latest offering Darling. Gentle, playful, romantic visuals accompany the boppy earworm from a talent who continues to raise the bar on his releases.