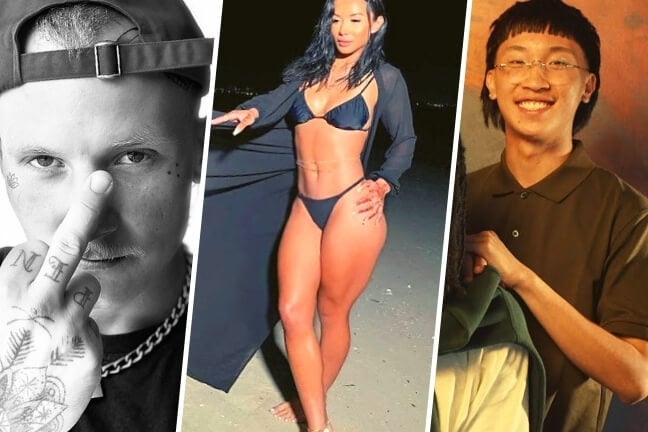 Hailing from Byron Bay, L33ze feels untouchable in his new music video, ‘Do It Like This’. Though the track runs shy of two minutes, L33ze still manages to squeeze in plenty of wordplay, with his rapid flow dancing over the obnoxiously bass-driven beat. Visuals via Lorne Productions see L33ze’s vibrant personality on full display as he radiates conviction and pride in his bars. L33ze and YNG Martyr need to link up for a track if the East Coast artist continues to make bops like this.

Directed by Kota Sato and AJR Films, Asia Mila’s new cut is as equally dreamy as it is empowering. Produced by one of Australia’s best producers in Khaled Rohaim, ‘Lies’ presents itself as a breakup song without the heartache. What could have been a slow R&B ballad is instead a moody and resilient display of Asia Mila’s post-breakup glow up. Though sonically softer than her previous work, Asia Mila maintains her bossed up attitude and proves a strong musical growth.

Directed by FEVER Media, DUGE impresses in his new B&W music video, ‘Chalkboard’. With cityscape cinematics and visuals equal to the grungy and hazy energy of DUGE, ‘Chalkboard’ is a stirring debut track. The Sydney emcee flows with ease over the spectral piano instrumental, forcing himself onto everyone’s radar. Produced by Eden Yeigh, ‘Chalkboards’ promises that there’s nothing that can teach you more about life than a life that’s lived.

Kota and Greesy give their Perth spin on Bad Boy Chiller Crew‘s ‘450’. With visuals from Lahai Creative, the pair provide an Aussie flavour to the British bassline and garage track. While the influence of this sound is evident in Kota’s previous work, ‘450’ has Greesy step out of his comfort zone and kill it with ease. Kota’s remix of BBCC’s ‘450’ is the perfect track for a Perth pres.

Fiery trio, 3K explode into the new year with ‘Swipe’. With Benny Lago production, the track begins with Beluga’s laid back verse followed by Eissa and his unpredictable flow before ‘Swipe’ climaxes into a chaotic back and forth between the emcees. In the Josh Davis directed music video, 3K’s business starts to boom with the addition of their new secret burger ingredient. There’s no telling what the secret ingredient to 3K is, whether it’s their collective chemistry or confidence, but whatever it is, it’ll have you going back for seconds.

Melbourne’s Sxint Prince and Kailen pour their souls into their new track, ‘Heartless’. From the same name as The Weeknd hit, the influence of alternative R&B shines through on the pair’s latest effort. Sxint Prince’s vocal control and atmospheric melodies continue to amaze while Kailen’s crooning verse adds a saddening depth to the overall track. With a gothic-themed music video directed by Sxint Prince and FFXRK, ‘Heartless’ showcases more creative talent than just music.

Indigomerkaba delivers a ‘PSA 2021’ about long-term impact in the Oz scene. The track was inspired by a post from 24 Karat Kev encouraging artists to be passionate about their cause and think about their long-term impact outside of music. If you’re a fan of ‘The Tribute’ from last year, ‘PSA 2021’ has a similar vibe as Indigomerkaba addresses fake beef, sobriety and legacy. If his work rate from 2020 is anything to go off, it’s safe to assume Indigomerkaba is going to be spoiling us with tunes all year round.