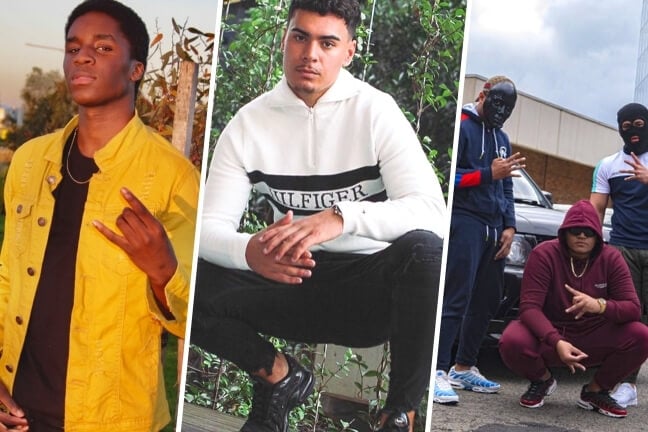 Kicking off 2021 with a fresh batch of clips dropping from across the culture. Daily you can catch all the best vids located in our New Hip-Hop Videos From Aus playlist on Youtube. Here’s 5 of our favs to release over the break. Dive into the comments section on socials to let us know which clips you’re into and be sure to subscribe to our channel on Youtube! ?

Following up his breakout single, BALLY BOY welcomes the new year with a playful and tropical R&B sound. “Subliminals” puts BALLY BOY’s vocals on display and shows the potential of what a collaboration with label mate, Youngn Lipz, would sound like. Dropping in the middle of Summer, with visuals of waterfront parties and luxury cars, BB brings the warm weather vibes to your next house party

One for the adlays. Sydney Yungins pay homage to the popular term in the subculture with their new track, “Eshays”. Blending lad rap with electronic music, “Eshays” is the first release from the collective in 2021. Since coming onto the scene in 2019, the group have always rapped over attention grabbing instrumentals, and this OpenTillL8 beat is no different.

After dropping one of the best projects of 2020, Hp Boyz continue their hot streak with “Rumours”. In their blockbuster Narcos inspired music video, HP.MWAYZ evokes his inner Pop Smoke for the track’s chorus, while Onit and YJ rap flawlessly over the Latin guitar influenced instrumental. Another sonic evolution from one of the most prominent names in the AU.

There’s a strong case to argue that Day1 had the hottest single run in 2020; and it’s undoubtedly continued through to the new year with “Trap Again”. Day1 performs his new joint in an intimate setting, with the sun setting as he raps over bass heavy drums and sings over cinematic strings. Known for his catchy hooks, this may be one of our favourites yet.

African-Australian KidDave has come through with visuals for his new song, “Ransom”. VFX from Zanny Edits light up the sky as the Melbourne artist raps about putting his mother in a mansion, getting a girl with a hustle and leaving behind switched-up friends. Interpolating Pop Smoke’s “Aim For The Moon”, KidDave is Australia’s answer to Lil Tjay.

In a clever flip, Henny x Zinny sample “Watchin’ U” from the New Zealand group Ardijah, for their latest track, “Watchin Me” – cleverly utilising Ardijah’s unique style of blending Polynesian instruments with funk and R&B. Pushing the genre blending even further, Henny x Zinny rap over the tropical sound that has dominated the AU culture in the past year. Though we heard from H&Z on “I Swear” with Vilz, this offering feels like a true introduction to the duo.