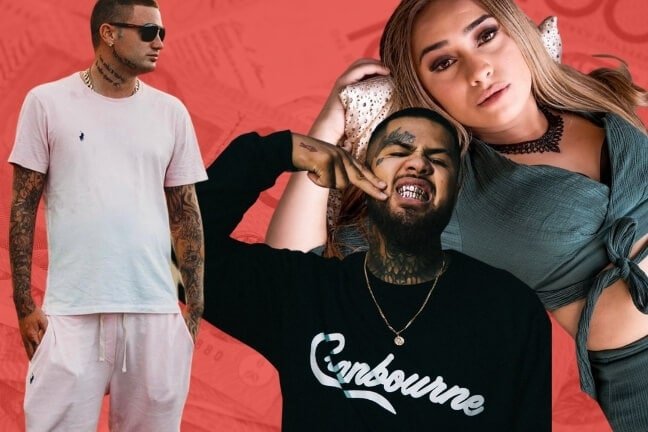 Here’s some of our Week 15 favourites from our New Hip-Hop Videos From Aus playlist on Youtube. Make sure you’re subscribed and up to date with all the latest video drops from the AU. Jump in the comments and let us know which clips you think are fire this week!

Kerser celebrates his longevity in the scene with a victory lap on his latest track, ‘Winner’. The Open Till L8 produced single marks the C-Town legend’s first entry into 2021, as he looks to complete his run of ten albums in one decade. Over a brooding instrumental and powerful drums, Kerser reflects on his time in the game and gives himself some well-deserved props. With the music video directed by Moonboy Entertainment, ‘Winner’ is one of Kerser’s most visually ambitious film clips yet.

ChillinIt makes his 2021 debut with ‘Henny & Reefer’, the first single from his forthcoming third album. Over a BADRAPPER produced drill beat, it wouldn’t be a ChillinIt drop without plenty of wordplay, pop culture references, and a snarling delivery to match the energy. The Sydney artist delivers this fresh new track amidst his national tour that’s quickly selling out, leaving little debate on ChillinIt’s ascent to the top of the scene right now.

Lisi and Shely demand all eyes on them on DJ Discretion’s sophomore single, ‘Look At Me Now’. Directed by Moonboy Entertainment, the Mexican themed music video follows up Discretion’s break out track ‘Lifestyle’ which featured Youngn Lipz and Hooligan Hefs. As both Lisi and Shely nonchalantly flex their bars, it’s evident that DJ Discretion seemingly brings the best out of his features. With additional exec production from Lowkee, the Latin infused trap record is a Mexican standoff, with everyone coming out guns blazing.

MLBRN and Phi11a celebrate their come up in their new collaboration, ‘Drink’. On the Paradigm produced track, MLBRN presents an autotuned delivery as he reminisces on his younger years over the relaxed guitar instrumental. The RMR Film directed music video depicts ‘then’ and ‘now’ shots from MLBRN’s rise to success, with Phi11a sliding in for a flashy guest verse. The mix of hard-knock bars and celebratory hooks gives MLBRN and Phi11a’s ‘Drink’ a sombre yet triumphant feel and we can’t wait to hear more from this pairing.

Melbourne based firecracker Jess Makaveli returns on her latest latin-infused cut ‘Que Pasa’. With visuals handled by in-demand videographer Brayden FunFilms, Makaveli is seen moving through houses on the street, armed with reinforcements, on a constant grind and hustle to provide for her people. Her unique blend of Spanish and English lyricism, coupled with dextrous flows and an eye-catching persona has her earmarked as one of our acts to watch in 2021.

RANGES RC – AS ROMA AWAY JERSEY
(Directed by Tom Ise)

Melbourne duo Ranges RC, present visuals to ‘AS Roma Away Jersey’ off their fresh debut project, ‘FIGO’ which contains features from indigomerkaba, Paully and dopey dennis . Directed by Tom Ise, the two emcees keep the visuals simple and their flow filthy (in the best way possible!). Like Australia’s own Action Bronson, SADSOB and Crosley love their sports references as they stay all about their business on the Italian football-inspired joint.